Soccer or association football is probably most popular and most loved sport in the world. The professional footballers are one of the most loved and followed personalities at the planet. Just like male footballers, female footballers are also contributing in the loyalty and elegance of soccer. Below are the 10 best female soccer players in the world that are currently active. The list is updated due to retirement of some players.

If you’re interested in sports betting. Super single victor predict is right platform for you. 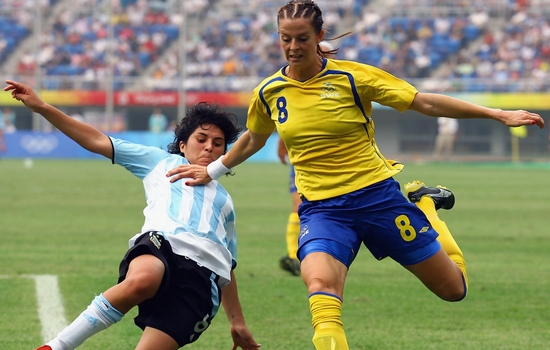 Lotta Schelin is one of the active top female soccer players in the world. She is playing for Sweden women’s national team since 2004 as a striker. She is compared with her fellow Swede Zlatan Ibrahimović due to her height, strength and offensive technique in football. 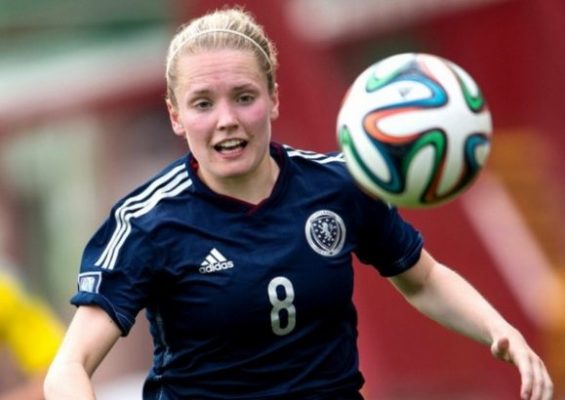 The leading Scottish footballer Kim Little, another noticeable female soccer player of this age. Kim is the leading scorer on the Scotland women’s national football team. She currently plays for Seattle Reign FC in the National Women’s Soccer League. Previously she had also represented the FA WSL club Arsenal Ladies and Melbourne City in the Australian W-League. During her time with Arsenal, the team won five league titles, two WSL Continental Cups, three FA Cups and one Premier League Cup.

Little has represented Scotland at the senior international level since age 16. She was one of the two Scottish players selected for England squad that reached the quarterfinals of the 2012 London Olympics. She was named the FA’s Woman’s Player of the Year in 2010, and recipient of the PFA Women’s Players’ Player of the Year in 2013. She was also named BBC Woman’s Footballer of the Year in 2016. All these nominations tell her marvelous success in modern soccer and she deserves a place in top 10 best female footballers’ list. 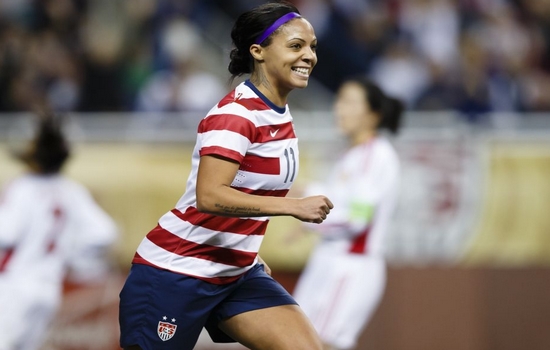 Sydney Leroux is one of the best strikers in current female soccer. She started his international career for Canada and played for Canada U-19 national team. In 2008 she chose to play for the US women’s national uner-20 soccer team. She elected to US senior national team in 2012. She was also part of 2012 summer Olympics winner team. 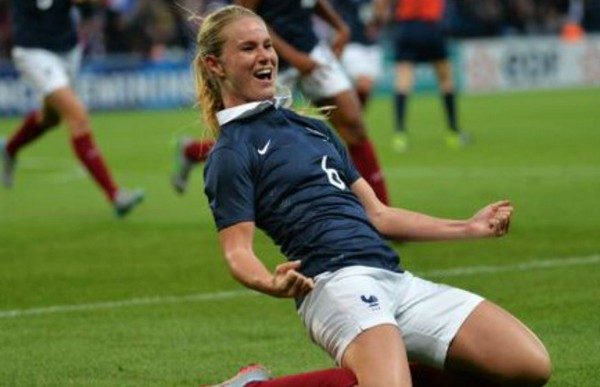 French defensive midfielder Amandine Henry is unarguably one of the best female soccer players in the world. She currently plays for American club Portland Thorns in the NWSL. Henry made her debut for senior team in 2009.

As a good soccer player her awards rack contains Silver Ball Award as the tournament’s 2nd Best Player at the 2015 FIFA Women’s World Cup. She was also name among the best players in Europe in 2015 becoming a finalist in the annual UEFA Best Women’s Player in Europe Award, finishing 2nd behind Célia Šašić. 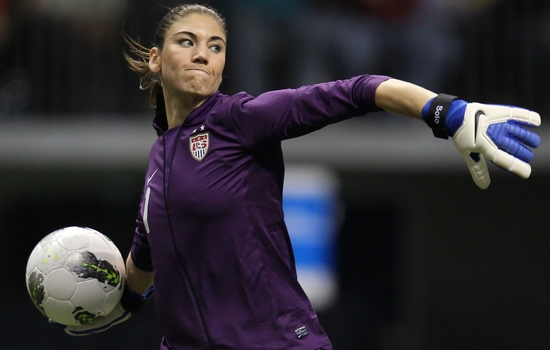 The two-time Olympic gold medalist Hope Solo is an American soccer goalkeeper. She is regarded one of the top goalkeeper in the world. She has been goalkeeping for US women’s national soccer team since 2000. She has played active role in FIFA women’s world cup 2007 to help the US team to the semifinal. During the 2011 FIFA Women’s World Cup, her exceptional skill was highlighted especially during a quarter-final match against Brazil, in which the U.S. defeated Brazil in penalty kicks. Solo received the Golden Glove award for best goalkeeper as well as the Bronze Ball award for her overall performance at the tournament. She also helped the United States to win gold medals at the 2008 and 2012 Summer Olympics. No doubt she is one of the best female goalkeepers in the world.

Dzsenifer Marozsán is a young German footballer plays for 1. FFC Frankfurt. She is the youngest ever player to play in the Bundeslega at the age of 14 years and 7 months. She is also Bundesliga’s youngest goal scorer at 15 years and 4 months. She made her debut for the German National Team on 28 October 2010. Now she is an integral part of German women soccer team. Playing as a midfielder Dzsenifer Marozsán is one of the current best female footballers in the world. 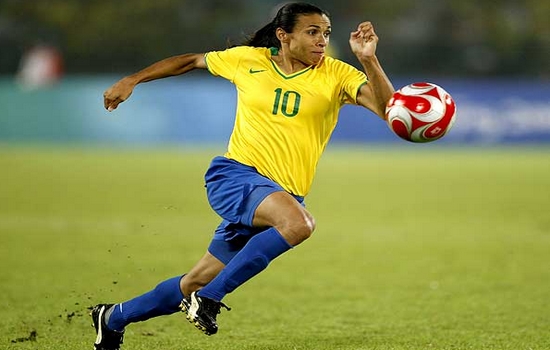 The Brazilian female footballer Marta is one of the best female soccer players of present era. She is a member of Brazil women’s national football team. She also plays for FC Rosengard of the Swedish Damallsvenskan. Playing as a forward, Marta is a phenomenal footballer. She has earned ultimate fame due to his excellent skills and speed in football world. She was named FIFA World Cup player of the year five consecutive times 2006 and 2010. She was also won Golden ball at the 2004 2004 FIFA U-19 Women’s World Championship. She is the highest goal scorer in FIFA women’s world cup along with Birgit Prinz. In 2007 Women’s World Cup she won both the Golden Ball and Golden Boot award. She would be one of the watchable players in 2015 FIFA Women’s World Cup. 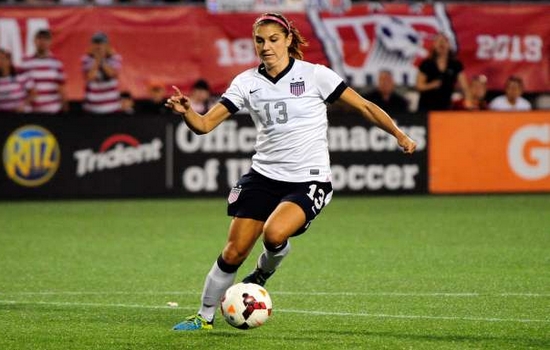 The American female soccer player and Olympic gold medalist Alex Morgan is a true combination of beauty and skill. She is the one of the most popular female footballer in the world. Many sports site declared her the hottest female soccer player in the world. Alex is a forward for the Portland Thorns FC of the National Women’s Soccer League. At age 22, she was the youngest player on the national team at the 2011 FIFA Women’s World Cup. She scored the game-winning goal in the 123rd minute of the semifinal game against Canada in the 2012 London Olympics. She is the only American women to score 20 goals and collect 20 assists in the same calendar year. She was subsequently named U.S. Soccer Female Athlete of the Year and was a FIFA World Player of the Year finalist. All these achievements make her one of the best female soccer players of present era. And she is a sign of hope for American National Football team in 2015 FIFA Women’s World Cup.

Carli Lloyd is one of the top-class United States soccer players. She plays as a midfielder in US Women’s national team and for Houston Dash. The two-time Olympic gold medalist has scored winnings goals in the finals of both 2008 and 2012 summer Olympics. She has played active role to collect bronze in the 2007 FIFA Women’s World Cup and silver at 2011 FIFA women’s world cup. 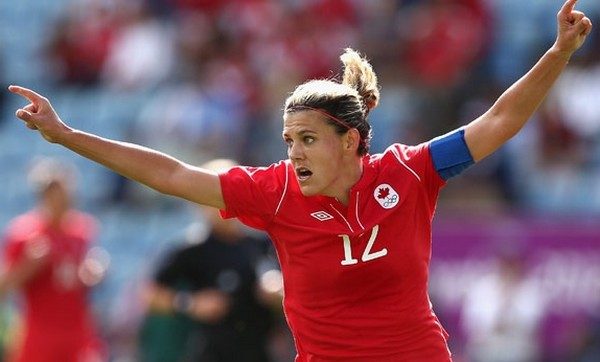 The Canadian soccer player and captain of Canadian National team Christine Sinclair is one of the best female soccer payers in the world. Perhaps she is the best active female footballer in the world. She is Canada’s all-time leading goal scorer and second worldwide in all time international goal scorer, only behind the Abby Wambach.  Sinclair has scored 162 goals while Wambach 184. She is ranked higher than Wambach because Wambach has enjoyed a much stronger supporting cast. As compare to any other female footballer Sinclair is a more complete player today, filling a versatile forward role that sees her rove across the field. 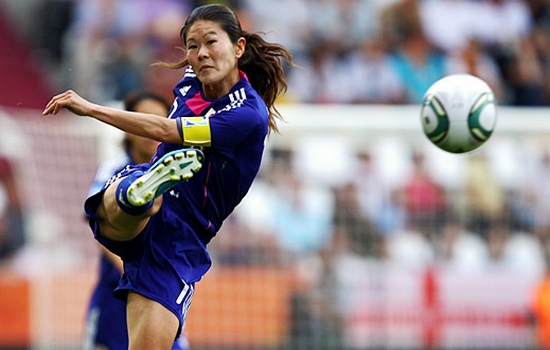 The captain of the Japan Women’s National Football team Homare Sawa is at No 8 position in our list of 10 current best female soccer players in the world. She led her team to win the gold in 2011 FIFA women’s World Cup and silver medal in 2012 Summer Olympics. She currently plays for INAC Kobe Leonessa in the Nadeshiko League Division 1. 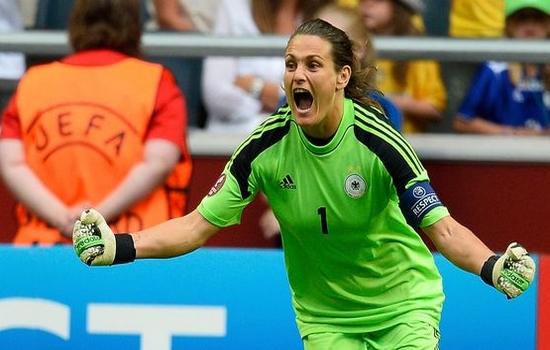 The skipper of Garman National women soccer team Nadine Angerer is one of the best female soccer goalkeepers in the world. She currently plays for Portland Thorns in the NWSL. Angerer was named FIFA World Player of the Year on 13 January 2014. She became the first goalkeeper-male or female-to win the award. 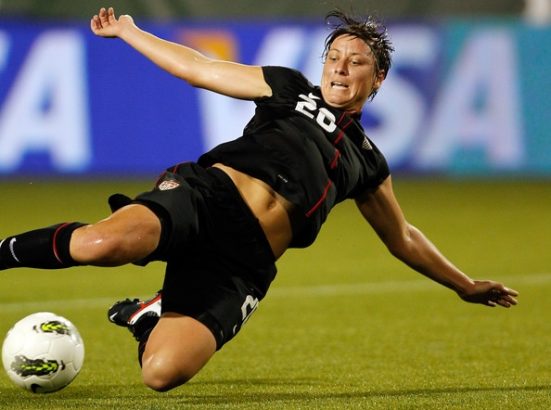 The six-time U.S. Soccer Athlete of the Year award winner Abby Wambach is another great female footballer in our list of current best female soccer players in the world. Abby Wambach has played for the United States women’s national soccer team since 2001. She has awarded two-time Olympic gold medals, and the 2012 FIFA World Player of the Year award. Since 2003 she is regular with US national team. Playing as a forward, she currently stands as the highest all-time goal scorer for the national team. She also holds the world record for international goals for both female and male soccer players with 178 goals.