Amir Khan Wore Most Expensive Shorts in the History of Boxing 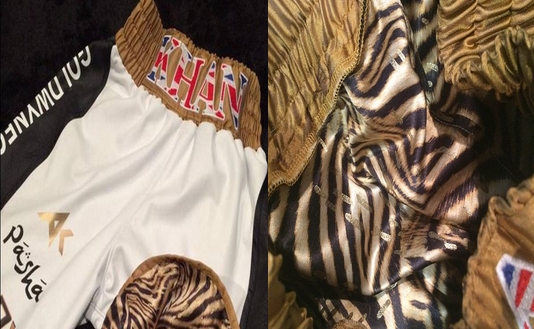 The Sheffield company Fight Label, who made the shorts, said Khan “wanted extravagant and we’ve delivered”.

The designer of the shorts, Sophie Whittam, told BBC Radio 5 live: “I think it’s possibly the most expensive shorts ever made.

“We worked closely with Amir’s team. For around four to six weeks we’ve been working on designs and colors and obviously Amir and his family had a little bit of input, but at the end of the day it’s what we think is going to look best. It is a very involved process. 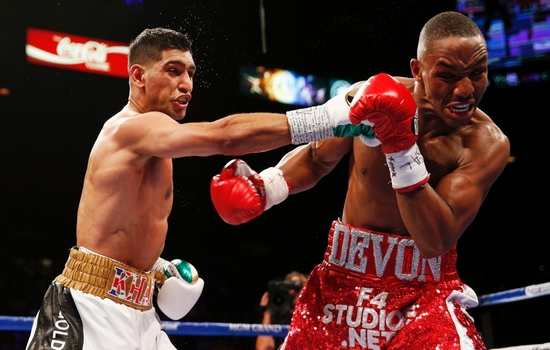 “I really believe I’ve earned my shot against the best boxer in the world and that’s Mayweather,” said Khan.

“He is the ideal fight for me. It would be a game of chess, but I would be too skilful. I have the skill and movement to beat him. He will not be able to hurt me.

“I feel better now than I did when I was 25. I’m dedicated to the sport and I know there’s a few years left in me. I’m going to try and force that fight with Mayweather.”