Barcelona claimed the UEFA Super Cup with a wild, 5-4 extra time victory against Sevilla on Tuesday, and Lionel Messi played quite a big role. Messi scored two stunning free-kicks goals in the spam of 9 minutes in first half.

Leo Messi also started his 2015-16 campaign in his own style; like a king. It was an all La Liga affair as Champions League winners Barcelona faced Europa League winners Sevilla in the Super Cup final tonight. Sevilla initially took the lead in the third minute through a lovely Ever Banega free kick but he was certainly outshone by his Argentine neighbor. Within 13 minutes Messi scored another stunning goal on 2nd free kick and led the Barca 2-1 lead. 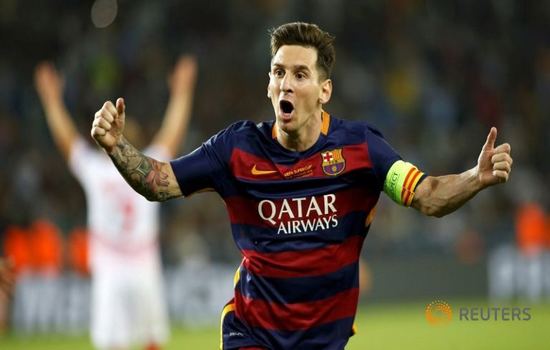 Barcelona made it 3-1 just before half-time, with Rafinha scoring after some delightful work by Luis Suarez. In the 52nd minute, Suarez then got on the score-sheet himself to make it 4-1.

There was one more twist, though, as Pedro won the game for Barcelona in extra time on the same day he asked to leave the club.