The FIFA world cup 2014 is going to be played in Brazil from 12 June to 13 July. 32 teams will feature in the mega event. 12 stadiums have been reconstructed and renovated to host a total of 64 fixtures. Here is the Interactive overview of the 12 venues for FIFA World Cup 2014.

The venue Arena de Sao Paulo also known as Arena Corinthians is going to host the Opening Match of the 2014 FIFA World Cup Brazil on 12 June. it will also host five other games, including one semi-final. Having a capacity of 61,606 seats this beautiful venue is located in the east of the city of São Paulo, about 18 kilometers from São Paulo’s city center.

The Estadio Jornalista Mario Filho, better known as the Maracana, was built to serve as the flagship venue for the 1950 World Cup .Rio’s one of the most popular tourist attractions, the Maracana continued to attract football fans worldwide. The Rio de Janeiro stadium is scheduled to host a total of seven matches at Brazil 2014, more than any other venue including one quarter-final and the final on 13 July. This iconic venue can accommodate over 75,000 spectators.

Located in the Pampulha in the north of the city of Belo Horizonte at about 9 kilometers from the downtown area, Mineirão is one of the most historic venues in Brazilian football. Mineirão will host a total of six matches World Cup, including one round of 16 match and one semi-final. The audience capacity of the venue is over 62,000.

Estadio Nacional de Brasília Mané Garrincha is an arena with seating for over 69,000 football fans, the second largest of the stadiums hosting matches at the 2014 FIFA World Cup Brazil. Located the city of Brasilia is selected to host one of the quarter-final and six other matches. Recently opened stadium is located in central Brasilia

Built in 1973 and officially known as the Estadio Governador Placido Castelo, the Castelao with a maximum capacity of over 67,000 people is scheduled to host six matches at the World Cup, which include one round of 16 match and a quarter-final. The venue is located in the south of the city of Fortaleza. 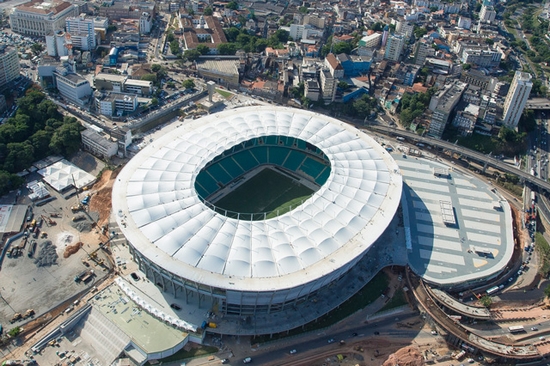 Officially known as the Estadio Octavio Mangabeira, a part of the Fonte Nova collapsed in 2007, and then government demolished it in 2010 and constructed a new stadium, the Itaipava Arena Fonte Nova, in the same place. The Arena Fonte Nova has been selected to host four group stage matches one ‘round of 16’ match and a quarter-final. With a capacity of over 51,000 people, Arena Fonte Nova is located on the eastern edge of Salvador.

Estádio Beira-Rio, officially known as the Estadio Jose Pinheiro Borda is a football stadium on the banks of the River Guaiba, in Porto Alegre.” The Giant of Beira-Rio” is set to host five games one round of 16 match among them During the 2014 World Cup .Estádio Beira-Rio is located in the south of Porto Alegre on the banks of the river Guaíba. This largest stadium in the south of Brazil can accommodate nearly 50,000 football fans. 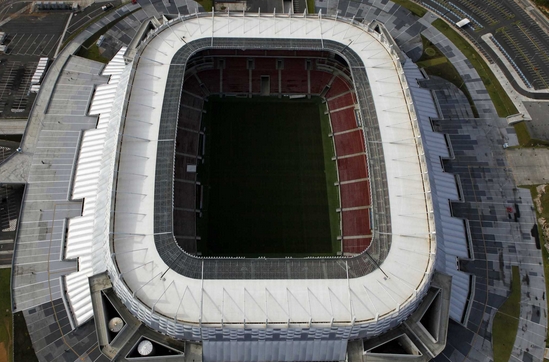 Itaipava Arena Pernambuco is a new multi-use stadium in São Lourenço da Mata, Brazil and will be used to host matches during the 2014 FIFA World Cup. A stadium with a Capacity of 46,000 seats is part of a complex also featuring restaurants, shopping centers and cinemas. This venue is scheduled to host five matches at the 2014 World Cup, including one of the round of 16 match.

The 44,000-capacity stadium Arena Amazonia, formerly the Estadio Vivaldao will host four World Cup matches in June, including England vs. Italy and United States vs. Portugal. Its unique character is shape of the stadium which is meant to resemble a traditional native basket. The Arena da Amazônia is located toward the north of the city of Manaus on the main road. 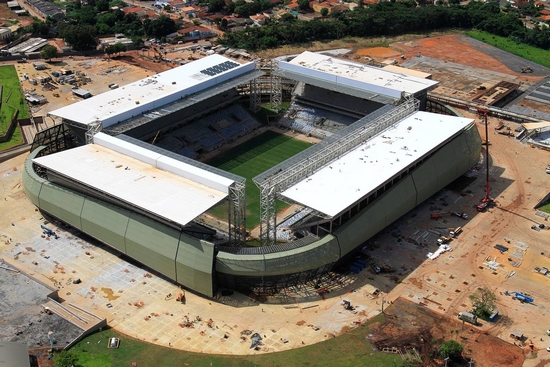 Specially built for FIFA world cup 2014 Arena Pantanal is a multi-use stadium in Cuiabá, Brazil which replaces the old Estádio José Fragelli.The sustainable approach has been applied during the construction of arena. The wood used for construction came from certified sources, and the waste produced was recycled. Four matches of the 2014 World Cup are scheduled to be played here. Located about 3 kilometers east of the Praça da República,Arena Pantanal has a capacity of over 40,000. 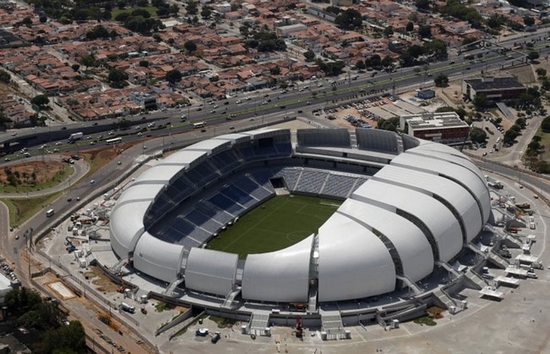 The Arena das Dunas replaces the Estadio Joao Claudio de Vasconcelos Machado. This splendid stadium is located toward the south of the city of Nata .The name Arena das Dunas relates to the sand dunes that are one of the major natural charms in the Natal region. The stadium has capacity of nearly 40,000 attendants and is gearing up to host four group stage matches during the FIFA World Cup 2014. 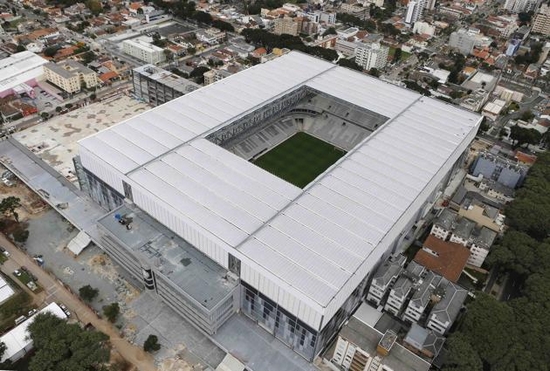 The Arena da Baixada, also referred to as Arena CAP, has been considered one of country`s most modern and best equipped stadiums. With an increased capacity of 38,533 the Arena da Baixada is set to host four matches in the first group stage During the 2014 FIFA World Cup.The Arena is located near center of the city of Curitiba just south of the city center.