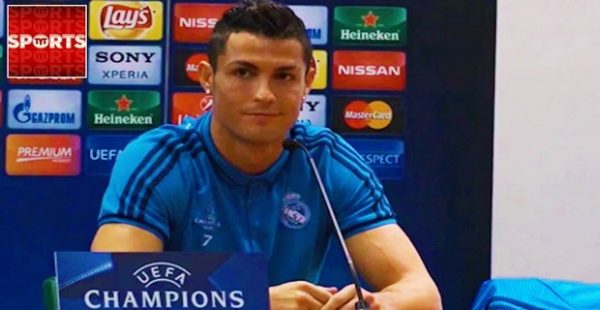 Cristiano Ronaldo Latest Interview . Cristiano Ronaldo gave an interview to ‘Jugones’ LaSexta days before the final of the Champions League and said he wants to retire at Real Madrid. The Portuguese also recognized that be at 100% in Milan before the Atlético.

“I’m going to retire at Real Madrid. In 15 years the minimum. I want to leave the 41 or so (laughs). We’ll see if we renew at the end of the season. It would be a clever act of Real Madrid if I renewed. I want stay here. There were good moments, some bad moments. Four years ago I was not happy, now I’m himself happy and see no other better than Real Madrid club. There is no other better that other clubs forget (PSG, Manchester City …) “.

Rafa Benitez. “Some things can be learned. Other things do not, but you can always learn from the coaches. In Benitez have seen different from other things. There are things that no one can teach you. Benitez told me how to kick the ball, how to haggle. . I said ‘okay’. It is better to say ‘thank you’ and that’s it. “

Zidane. “It is a clever person. He does not talk much and is very positive. I identify with him. I want to win and Zidane to stay for the next few years. There is no coaching experience, but things are looking their way very well.”