10 Most Dangerous and Critical Injuries in Cricket

The whole cricket world is shocked and sad due to tragic death of Australian batsman Phillip Hughes. Hughes has died two days after he was struck in the head by a ball in a match between South Australia and NSW at the SCG. He passed away after two days unconsciousness. 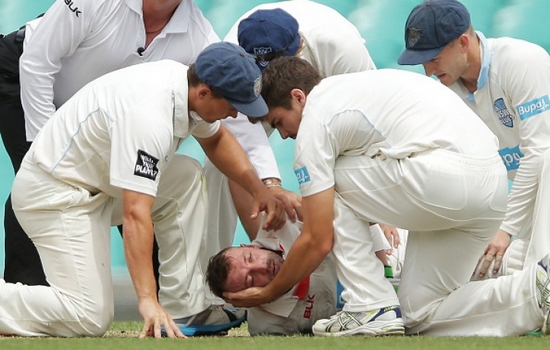 Phillip Hughes, an Australian cricketer, has died two days after he was struck in the head by a ball. Hughes was hit in the head by a bouncer in the Sheffield Shield match between South Australia and NSW at the SCG. He died on Thursday from his injuries. Hughes never regained consciousness following his injury. 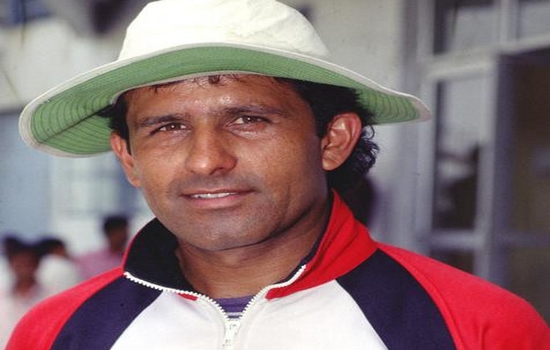 Indian batsman Raman Lamba represented India in four Tests and 32 One Day Internationals. He died after slipping into coma due to internal hemorrhage, three days after being hit on the temple by a cricket ball. This happened when he was playing for his club Abahani Krira Chakra in Bangladesh’s league cricket. 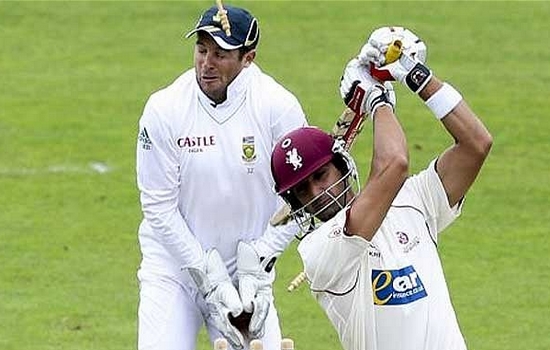 Mark Boucher has retired from international cricket after undergoing surgery on the severe eye injury he sustained on the opening day against Somerset. He was keeping wicket for South Africa sans a helmet when a flying bail hit his left eye. The severe and freak injury ended Boucher’s 15-year long career. 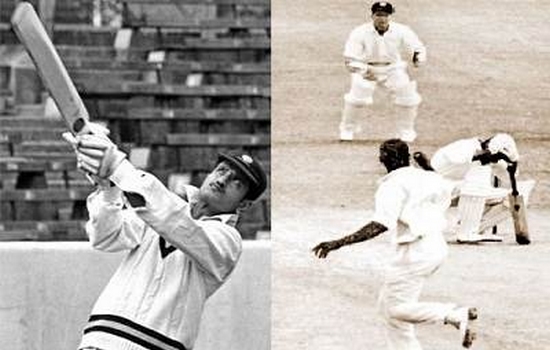 Contractor’s career was cut short when he was struck on the skull by a short delivery from Charlie Griffith in the Indian tourists’ colony game against Barbados in 1962. Contractor was unconscious for six days and underwent several operations to save his life. He resumed his playing but could not get back to his best and did not play another Test. 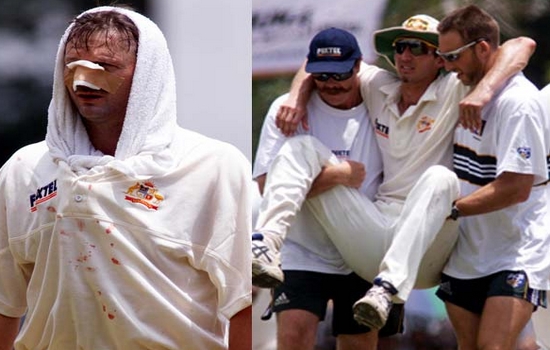 Another most dangerous and critical injury in the cricket is the collision between Australian players Steve Waugh and Jason Gillespie while attempting to catch the ball hit by Sri Lanka’s Mahela Jayawardene during the 1999 Galle Test match. Waugh broke his nose and Gillespie broke his leg in the accident. 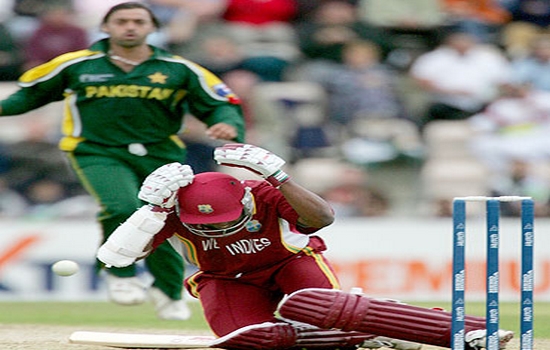 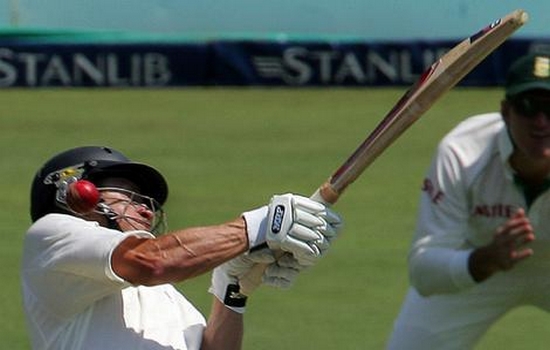 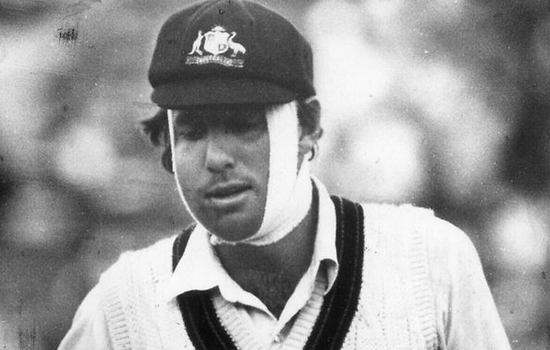 McCosker had his jaw broken by a Bob Willis bouncer on the first morning of the Centenary Test at the MCG. He spent a day and a half in hospital before returning to the ground to bat in Australia’s second innings. He batted for Australia with broken jaw in second innings. 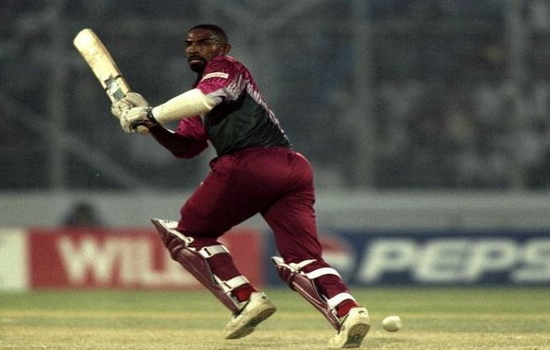 West Indies player Simmons was not wearing a helmet when he was struck in the head by a David Lawrence ball during a tour match.  He underwent emergency brain surgery. He returned to cricket after four months. 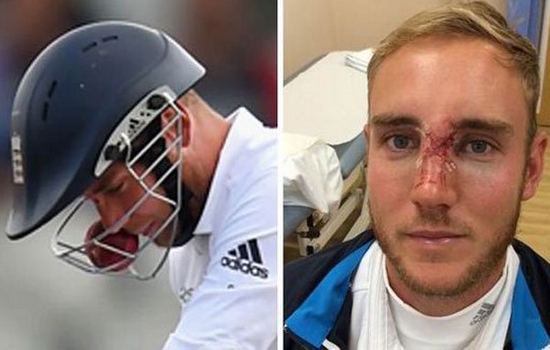 England’s Stuart Broad suffered a critical nose injury after being hit by a bouncer from Indian fast bowler Varun Aaron on the third say of the fourth test match at Old Trafford in August, 2014.