Fastest Centuries in ICC Cricket World Cups is an article about the top fastest centuries scored by batsmen in all the world cups. The 11th edition of the ICC cricket world cup is going to be held in Australia and New Zealand from February 14 2015. In previous 10 editions of the tournament, a total of 127 centuries have been scored by players from 12 different teams. Ireland`s Kevin O’Brien currently has the record of fastest century in the ICC cricket world cup. He reached the three figures in just 50 balls while chasing the target of 328 against England on 02 Mar 2011. Following is the detailed list of the Fastest Centuries in ICC Cricket World Cups.  Here balls are the number of deliveries consumed to reach the 100 in the match. 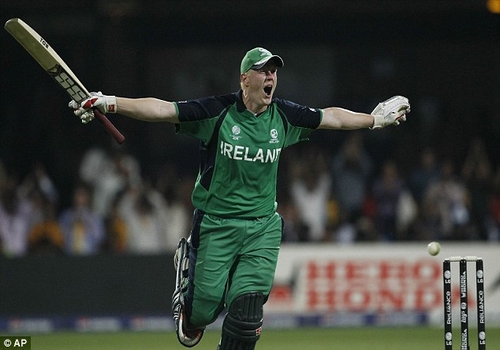