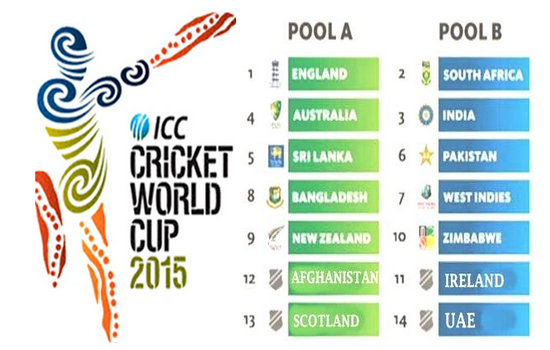 At pool stage each team will play every other team in their Pool. Points will be allocated for each match in accordance with the system described in table below.Pool Matches Progression of Teams

In the event of teams finishing on equal points in its Pool, the right to play in the quarter-finals will be decided in the following order of priority.

The team with the most wins in the Pool matches will be placed in the higher position.

If two or more teams are still equal, they will be ordered according to the head to head matches played between them (points then net run rate in those matches).

In the highly unlikely event that teams cannot be separated by the above, teams will be ordered according to their original seeding.

If all matches within a Pool are a no result, the top four seeded teams will progress to the quarter-finals.

If a quarter-final is tied, abandoned or if the match is a no result, then the team that finished in the higher position in the Pool stage shall proceed to the semi-finals.

If a semi-final is tied, abandoned or if the match is a no result, then the team that finished in the higher position in the Pool stage shall proceed to the final.

In the event of a tied final, the teams shall compete in a Super Over to determine which team is the winner.

If following a tie, weather conditions prevent the Super Over from being completed, or if the match is abandoned or a no result, the teams shall be declared joint winners.