22 Most Iconic Sports Photos of All Time 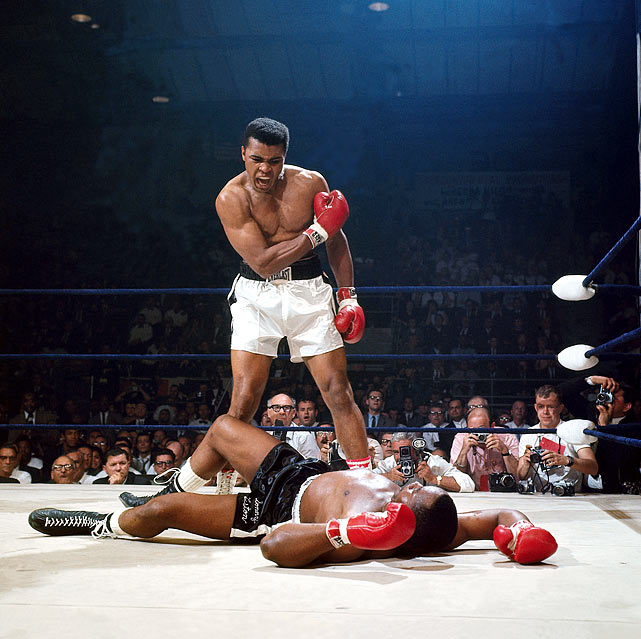 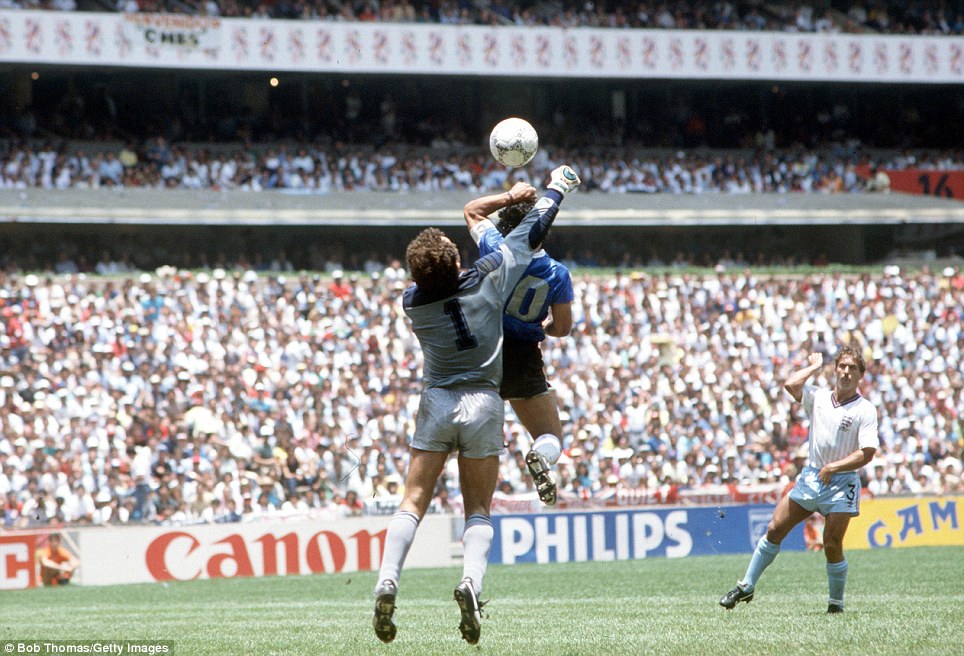 Diego Maradona single-handedly beat England in the quarter-final of the 1986 World Cup and became a national hero in Argentina when he left the trophy. The goal is known as “Hand of God goal.” 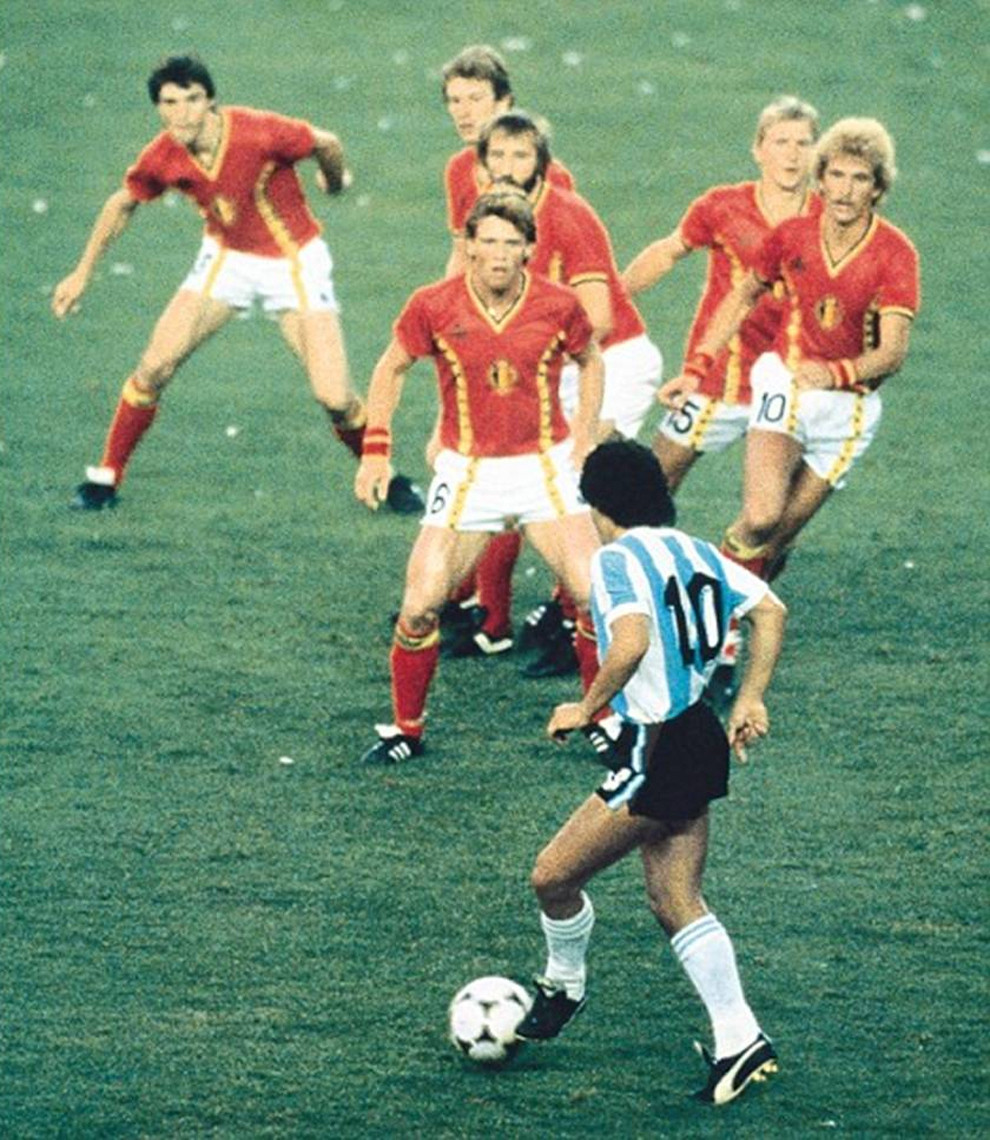 Diego Maradona deceiving six Belgian defenders in his first World Cup in 1982. The foundations were laid in his five games in the tournament and four years later the Argentina legend directed his country to the world cup victory.

England defender Terry Butcher refused to let a cut forehead prevent him marshaling England’s defense in Sweden in 1989. Stitches and bandage didn’t really stand up to Butcher heading the ball as England secured a draw to reach Italia 90. 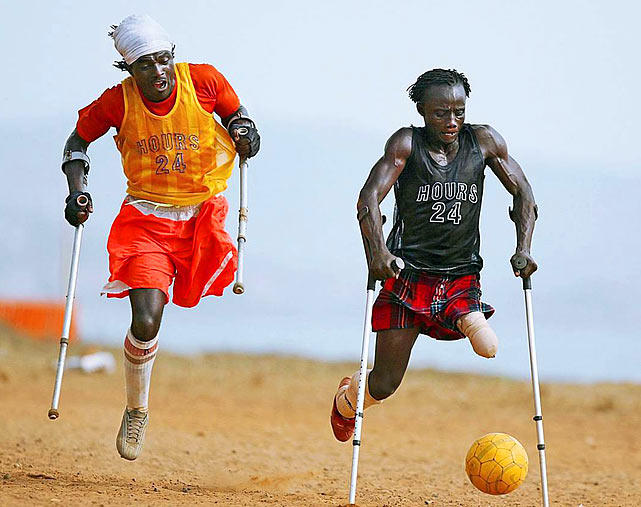 The members of the Single Leg Amputee Sports Club of Sierra Leone chase for the ball in Freetown. A brutal civil war left more than 6,000 amputees in Sierra Leone. 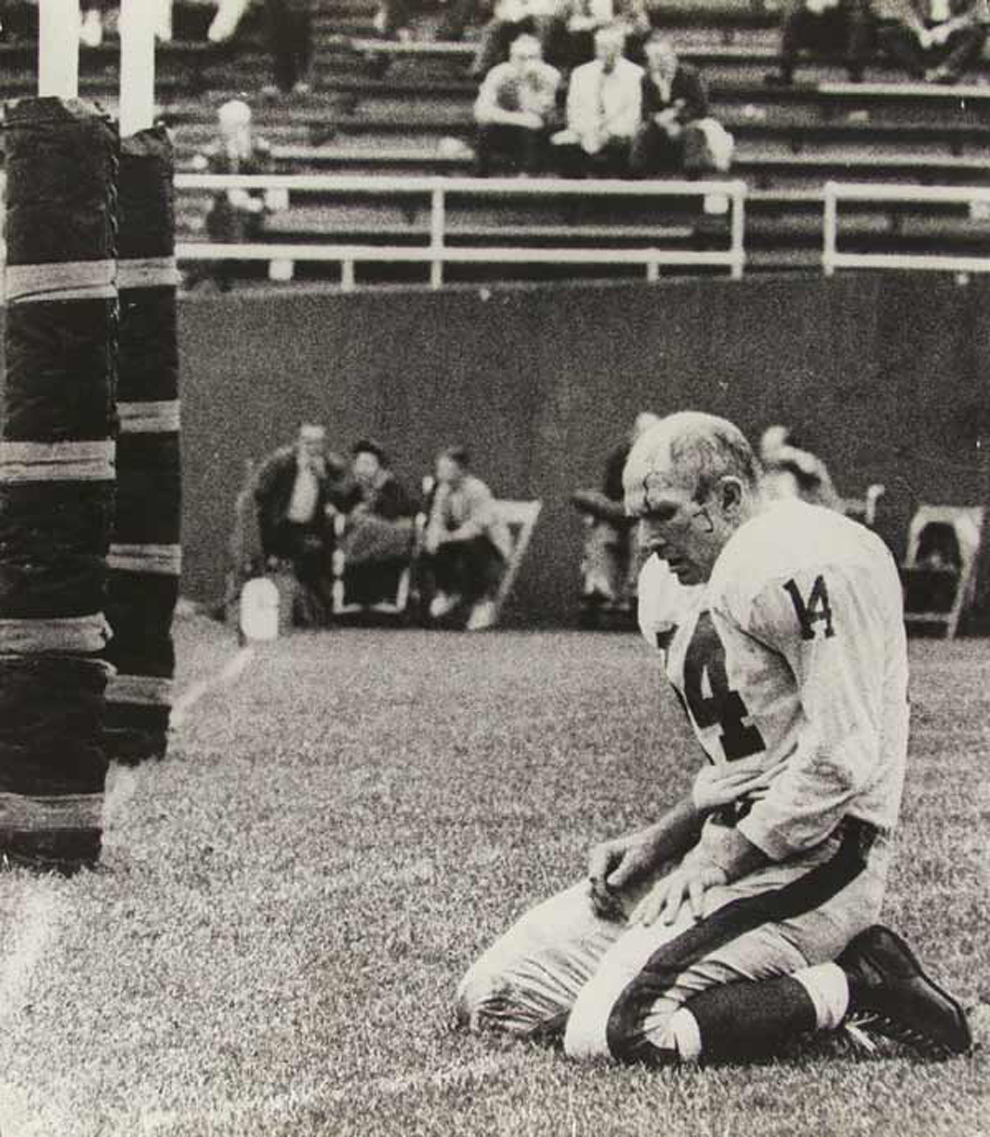 This iconic photo taken during the last season of Y. A. Tittle’s storied career as an NFL quarterback captures Tittle after having just thrown an interception that was returned for a touchdown. On the play he suffered both a concussion and a cracked sternum. Tittle says of the photo, “It was the end of my dream. It was over.” 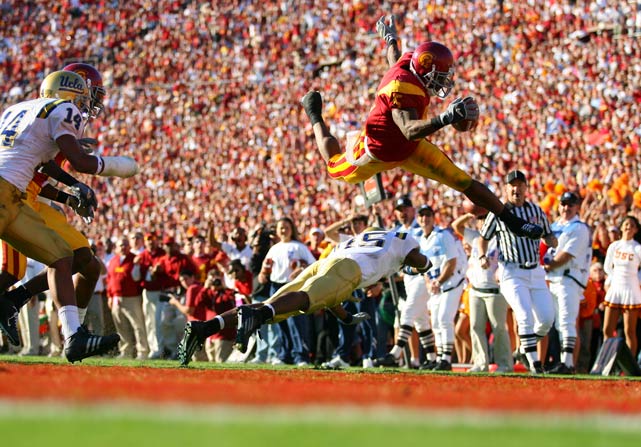 USC running back Reggie Bush jump over UCLA defender Marcus Cassel and into the end zone for a touchdown. 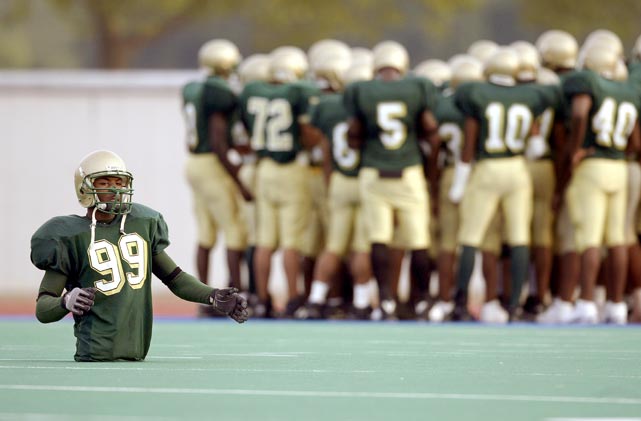 Three-foot, 112-pound Bobby Martin played on punt and kickoff coverage and was the backup varsity nose guard for Dayton’s Colonel White High. Born without legs, he can’t wear prosthetics because he has no thighs to affix them to. 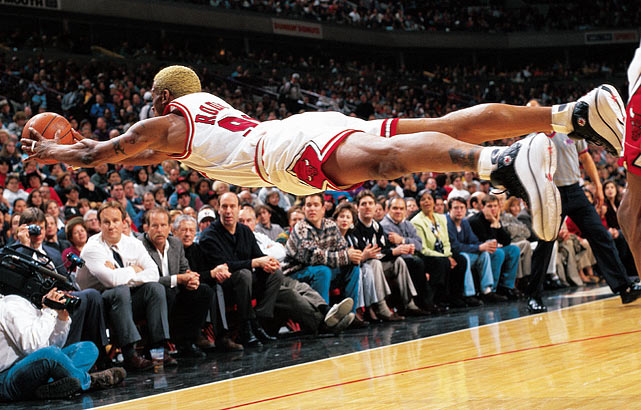 Chicago Bulls power forward Dennis Rodman goes horizontal for a loose ball during a game against the Pacers at the United Center in Chicago, Ill. 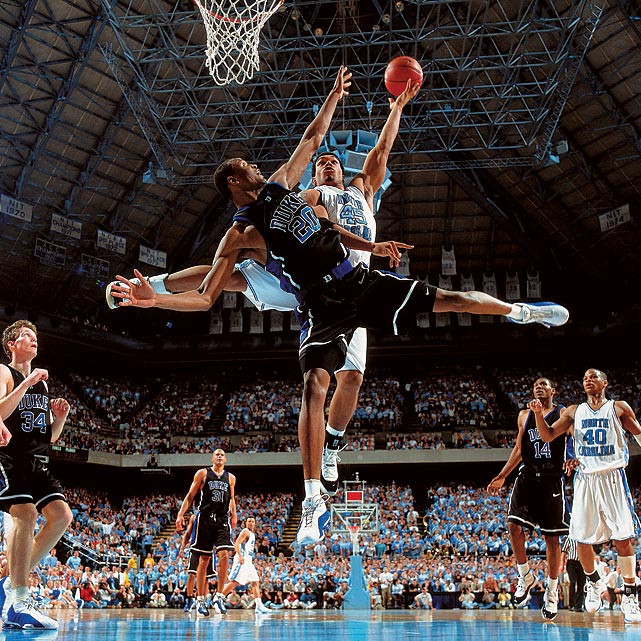 Björn Borg looks to the sky as he takes the acclaim for retaining his Wimbledon men’s singles title vs. Jimmy Connors. 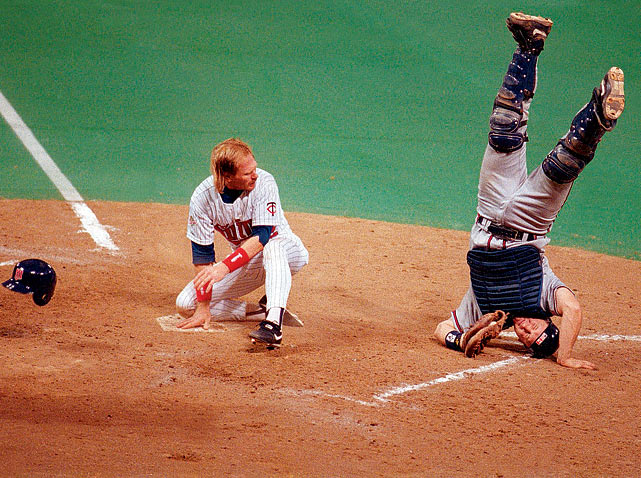 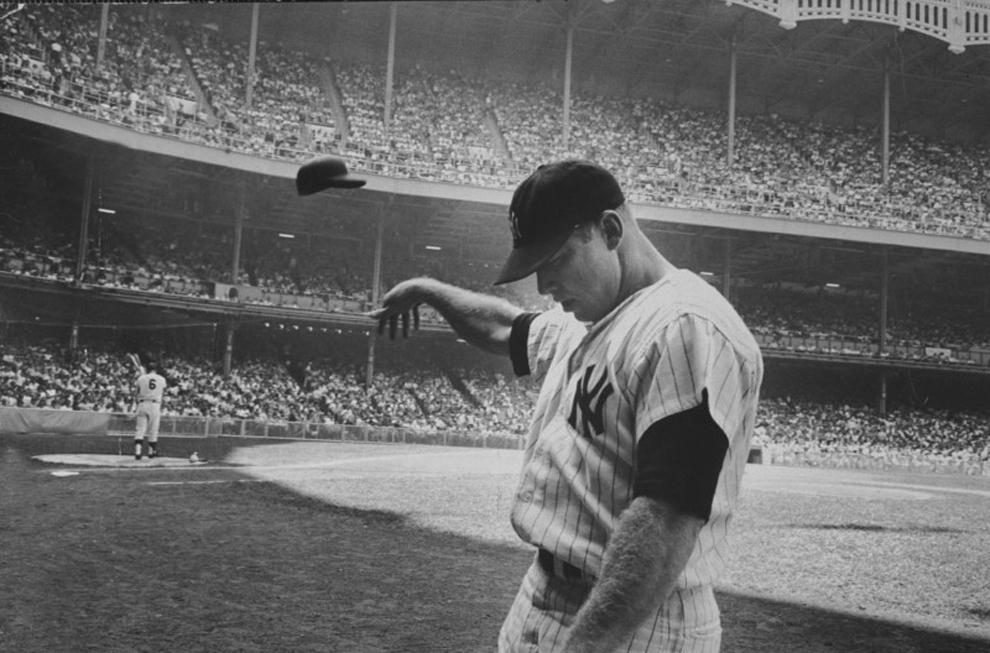 This is the defining photo of one of baseball’s greatest players. This is another version of a happy-go-lucky guy; Angry, Frustrated, Complex. 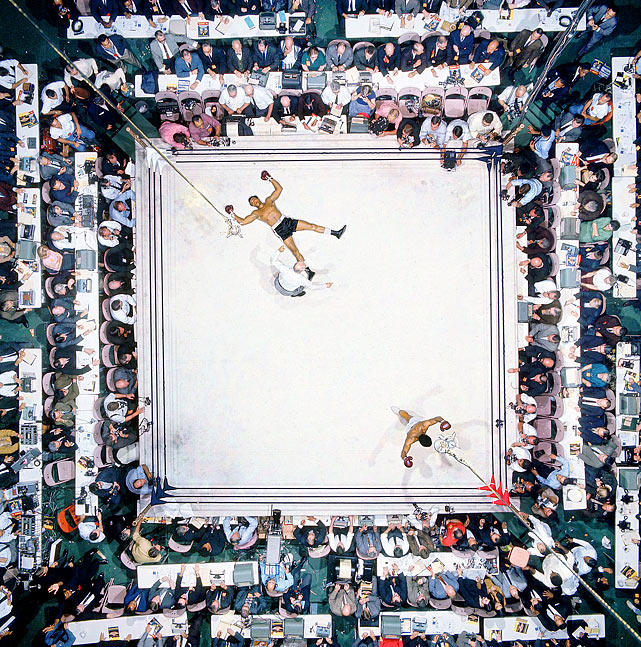 Muhammad Ali knocks out Cleveland ‘Big Cat’ Williams in three rounds at the Houston Astrodome to defend his heavyweight title in November 1966. 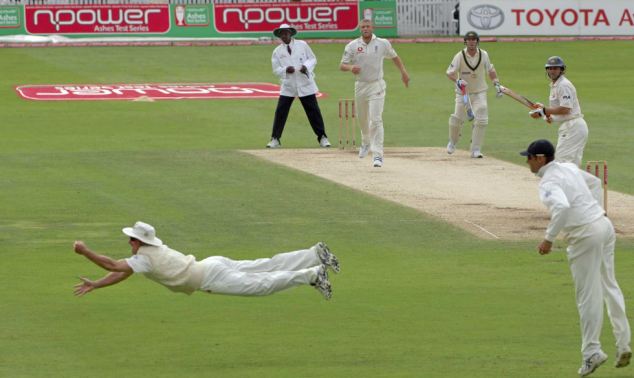 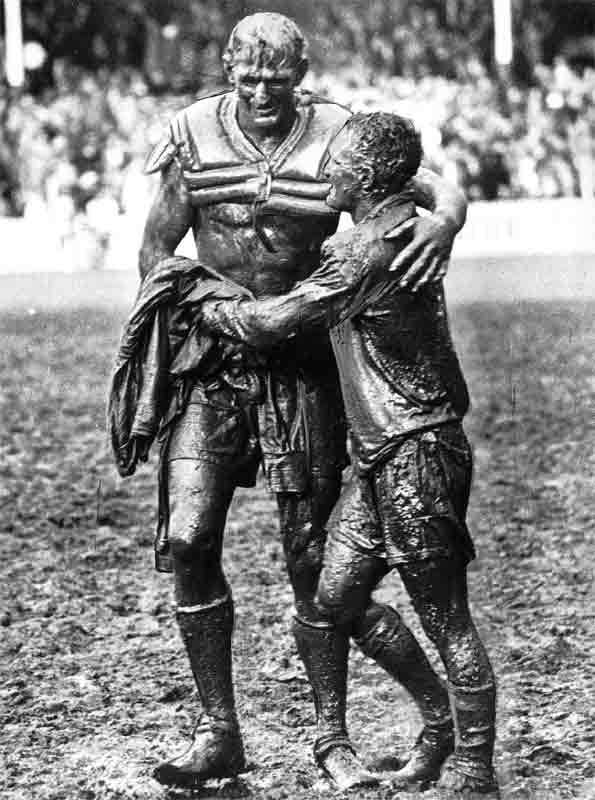 Provan and Summons captained their respective sides in the 1963 NSW Rugby League Premiership Grand Final at the SCG. Captured in the famous John O’Gready photograph upon which the NRL trophy is modeled. It is an iconic moment in sporting history. 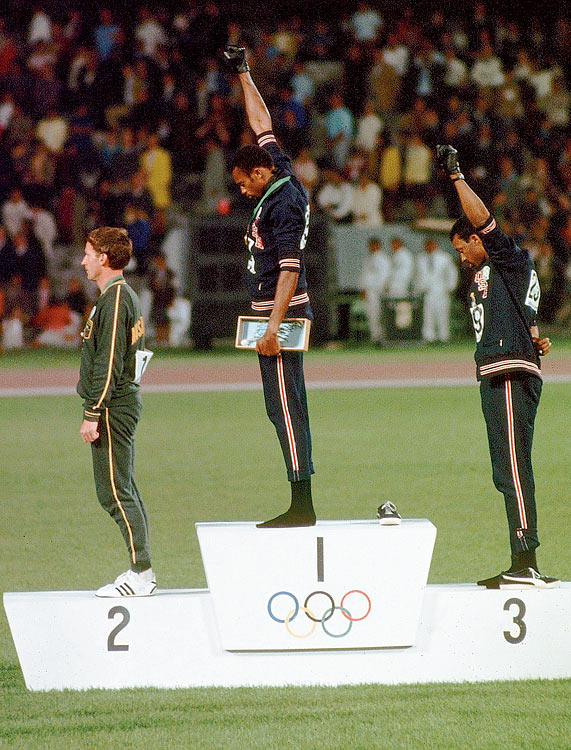 American sprinters Tommie Smith (center) and John Carlos (right) raise their black-gloved fists on the Olympic medal podium in Mexico City to signify Black Power. Both were kicked out of the Games for their overtly political statement. 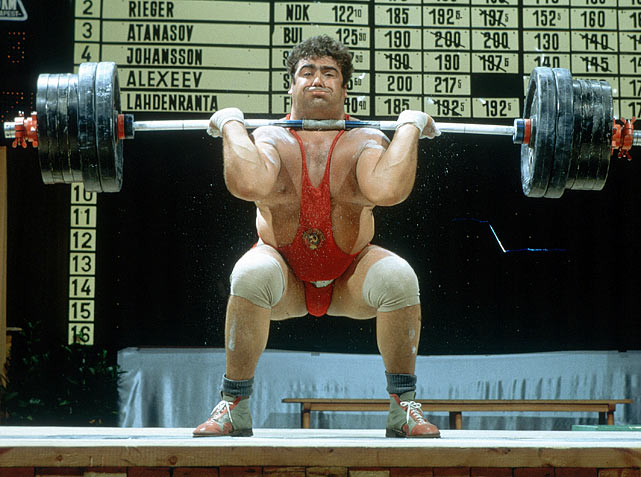 Russia’s Vasily Alexeyev completes a Clean & Jerk during a weightlifting competition in 1969. Alexeyev set 80 world records between 1970 and 1977, and is widely considered the greatest heavyweight weightlifter of all time. 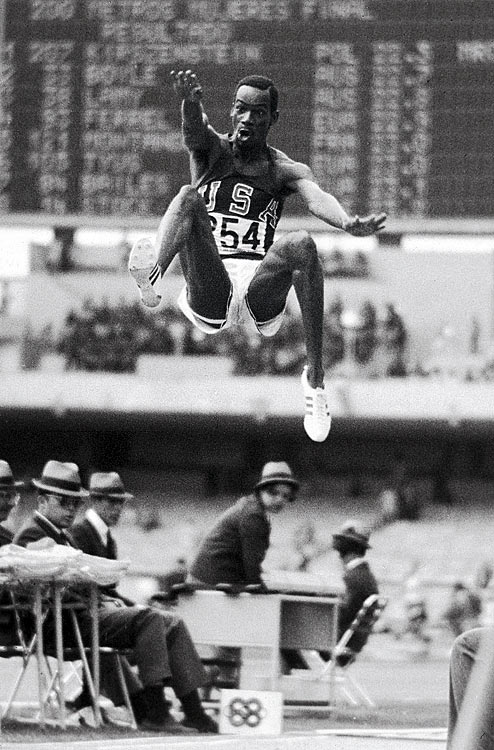 U.S. track and field athlete Bob Beamon flies through the air during his world record long jump of 8.9 meters at the 1968 Summer Olympics in Mexico City. 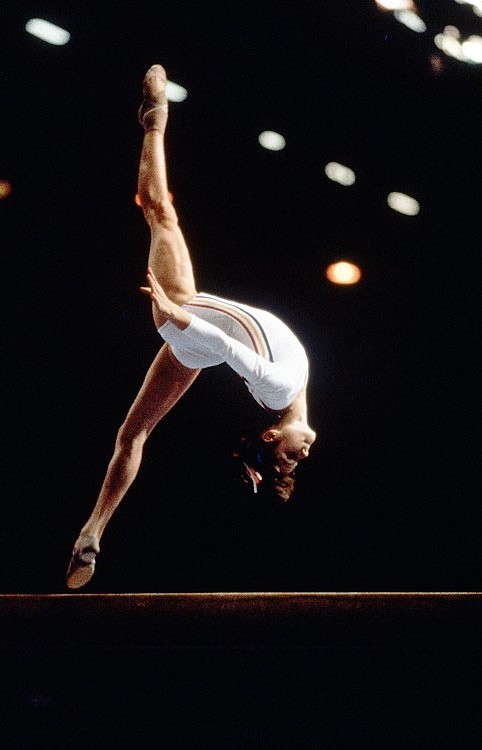 Nadia Comaneci of Romania completes a somersault during the 1976 Summer Olympics in Montreal. Comaneci was the first gymnast to ever be awarded a perfect score in an Olympic gymnastics event. 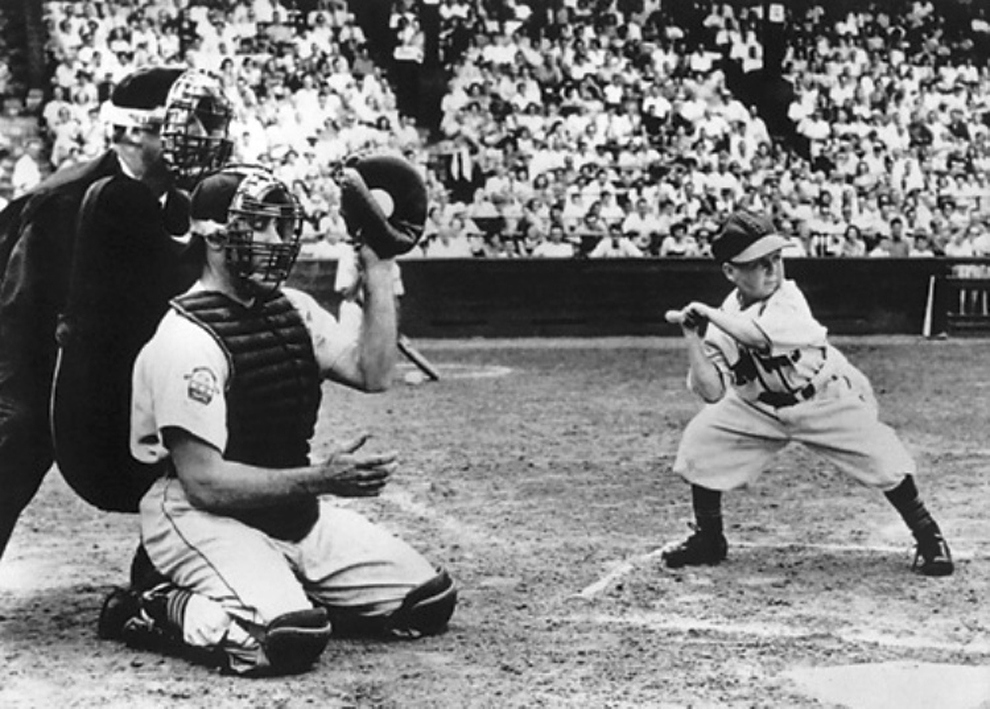 Gaedel is the Only Little Person to Play Major League Baseball.  At 3’7” tall, Eddie Gaedel had a nearly invisible strike zone, which is just what St. Louis Browns owner Bill Veeck had in mind when he staged this publicity stunt.

22. The Americans Defeat the Soviet Union in the “Miracle on Ice” 1980 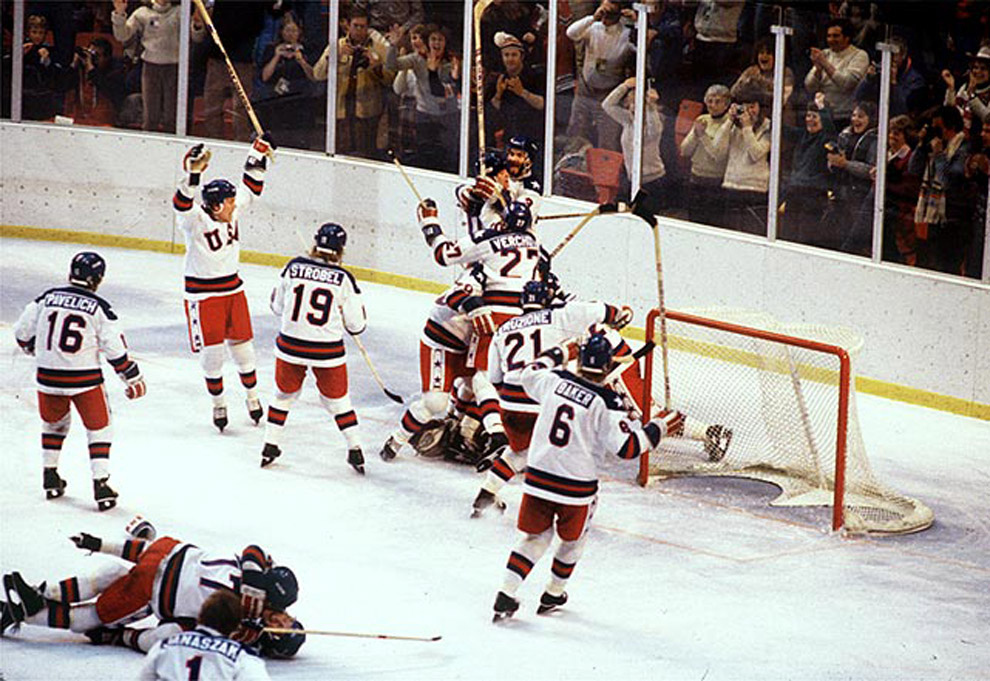 This is one of the most iconic sports photos of an icy Lake Placid night in 1980, the Herb Brooks-led Americans brought home arguably the most riveting victory in the history of sports.The Soviet hockey team was legendary. They had won the gold medal in every Olympics since 1964. They were a collection of college players and no-names, who should have had been crushed by the vastly superior Soviets. But in 1980, the U.S. squad completed the impossible, defeating the Soviets before moving on to the final. Since then, we’ve fully believed in miracles.