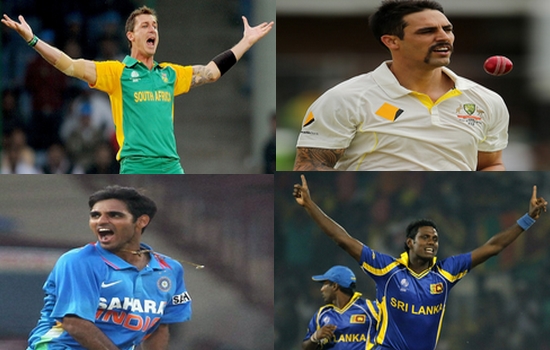 LG ICC Awards is a set of awards to honor international cricketers with some astonishing performances in last 12 months. Started in 2004 by International Cricket Council (ICC) the ICC Awards recognizes Team and individual performances from across the international cricketing landscape. Previous LG ICC Awards ceremonies have been held in London (2004), Sydney (2005), Mumbai (2006), Johannesburg (2007 and 2009), Dubai (2008), Bangalore (2010), London (2011) and Colombo (2012).  For the year 2014 ICC Awards will be a live television broadcast as it was in 2013. On 15th and 16th of November 2014 these awards will be set for universal broadcast. This year’s awards, like the previous ones will be deciding the bests for the following categories.

Among all these only nominees for LG People’s Choice Award 2014 have been revealed. All other nominations are yet to come.

LG People’s Choice Award 2014 nominees include England women’s captain Charlotte Edwards, Australian fast bowler Mitchell Johnson, Indian fast bowler Bhuvneshwar Kumar, Sri Lanka captain Angelo Mathews and South African pace bowler Dale Steyn. Fans will have the opportunity to decide the winner by voting for their favorite player either via www.lgiccawards.com or via Twitter using #lgiccawards. Voting for the LG People’s Choice Award is open and will close on Thursday, 30 October. The winner, as well as the ICC Test and ODI Teams of the Year and the short-list for the remaining LG ICC Awards 2014 will be announced on Wednesday 5 November 2014 at the ICC Headquarters in Dubai.