The NBA’s 10 highest earning players will collectively bank $358 million this year, including $ 208.7 million as salary and $149 million from sponsors. Kobe Bryant is the leader on the court at $ 30.5 million as annual salary. Nine of the top 10 make at least $4 million annually from endorsements. James is the leader off the court at $42 million and ranks second overall with earnings of $61.1 million. Check out the full list of Top 10 highest earning basketball players 2014. 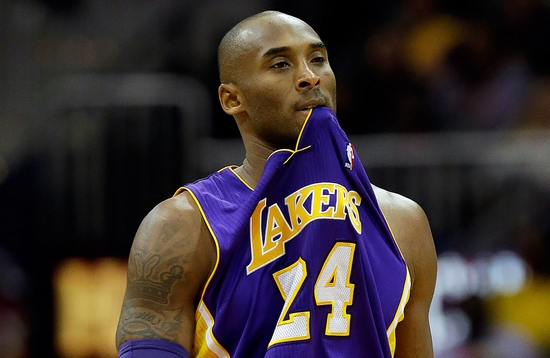 Kobe Bean Bryant is an American professional basketball player for the Los Angeles Lakers of the National Basketball Association (NBA. Bryant is a 16-time All-Star, 15-time member of the All-NBA Team, and 12-time member of the All-Defensive team. He is the richest NBA player as well as the highest paid basketball player of 2014. His total earning is $64.5 million including $30.5 million salary and $34 million as endorsement. Bryant receive an NBA-high $30.5 million in salary from the Lakers in 2013-2014, he was also among the league leaders in endorsement deals last year, according to Forbes:

“The top of the NBA endorsement food chain is led by LeBron James and Kobe Bryant. Both are global superstars who made $42 million and $34 million, respectively, last year from endorsement partners”. His major sponsors are Nike and Nubeo. 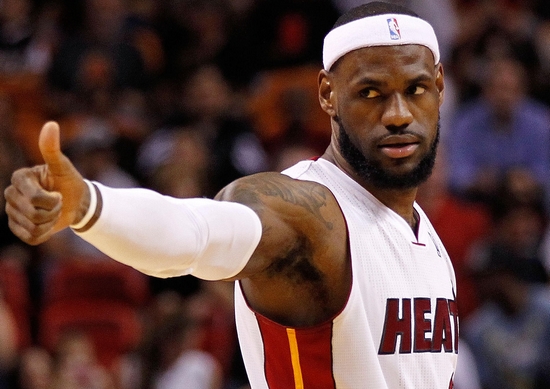 American professional basketball player LeBron Raymone James plays for the Miami Heat of the National Basketball Association. He is at no 2 position in top 10 highest earning NBA players 2014. Major share of his earning are endorsements, about $42 million of total of $61.1 million Nike, Coca-Cola, Samsung and McDonald’s among his global partners. 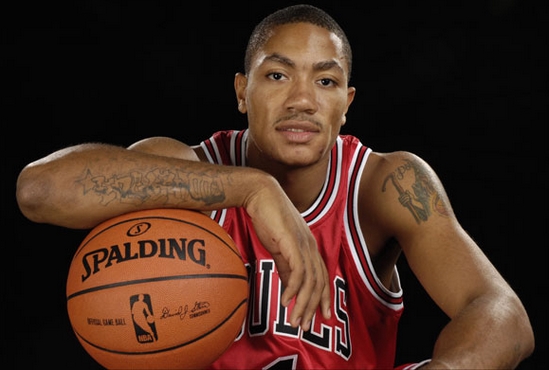 Chicago Bulls’ Derrick Martell Rose is one of the top earning NBA players in year 2014. He earns total of $ 38.6 million including $17.6 million as salary and $21 million in the form of endorsements. Derrick Rose signed a 5 year / $94.31 million contract with the Chicago Bulls, including $94,314,380 guaranteed, and an annual average salary of $17.6 million. He also signed a 13-year shoe deal with Adidas that is expected to be worth at least $185 million. 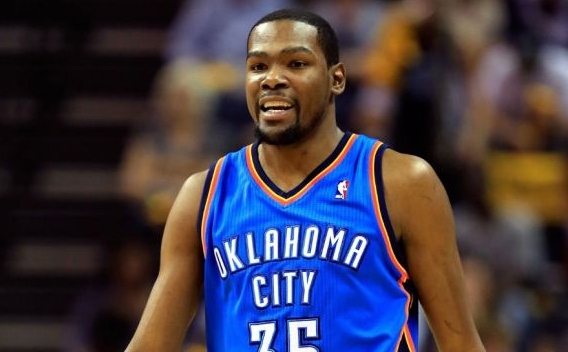 Kevin Wayne Durant is a professional basketball player with the Oklahoma City Thunder. He is one of the most earning basketball players in 2014. His gross income of this year is about $31.8 million. Kevin Durant signed a 5 year / $89.16 million contract with the Oklahoma City Thunder, including $89,163,134 guaranteed, and an annual average salary of $17,832,627. The bulk of his endorsement income is from Nike. Other partners include Sprint, Gatorade, Panini and 2K Sports. He added BBVA and Degree for Men to his endorsement portfolio in 2013. Durant made headlines when he donated $1 million in May to the Red Cross to help with the relief efforts after the devastating tornadoes in Oklahoma. 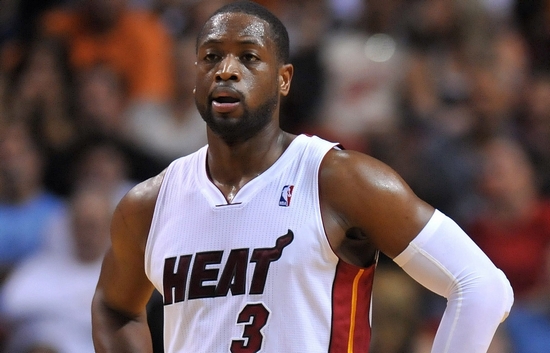 Dwyane Tyrone Wade, Jr. is an American professional basketball player who currently plays for the Miami Heat of the NBA. He is at # 5 position in the list of most paid NBA players in year 2014.Wade signed a 6 year / $107.19 million contract with the Miami Heat, including $107,186,000 guaranteed, and an annual average salary of $18.7million. Wade’s off-court income got a boost when he left Nike and signed a shoe deal with China’s Li Ning this past fall. 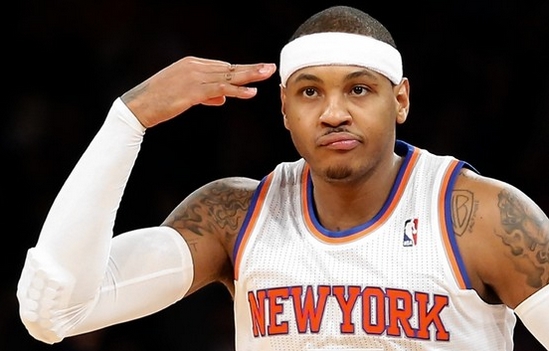 Carmelo Kyam Anthony is an American professional basketball player who plays for the New York Knicks of the National Basketball Association. Anthony signed a 3 year / $64.17 million contract with the New York Knicks, including $64,166,861 guaranteed, and an annual average salary of $21.4 million. Anthony is pretty set financially, with his $9 million in endorsement income from Jordan/Nike. 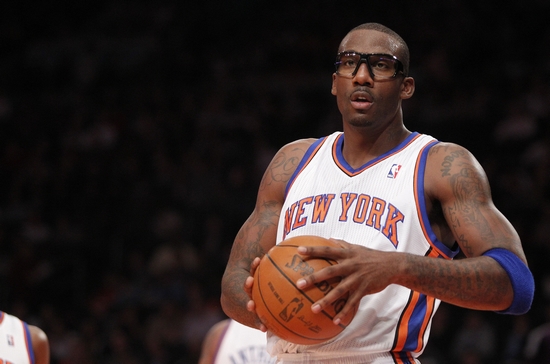 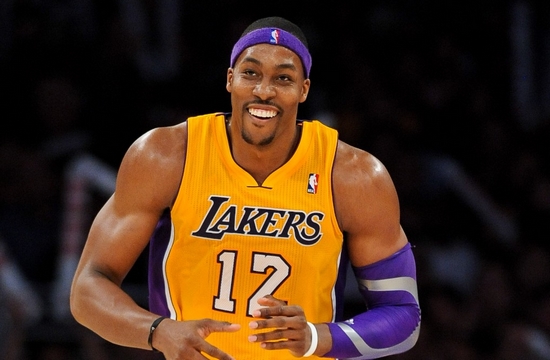 Dwight Howard signed a 4 year / $87.59 million contract with the Houston Rockets, including $87,591,270 guaranteed, and an annual average salary of $20.5.Beside has been gathered about $87,591,270 from Basketball, this man also received about $6 million a year just from endorsements only. His messy exit from Orlando hurt Howard’s image; Coca-Cola and McDonald’s did not renew deals with him in recent years. That decreases his endorsements income from $ 12 million to $6 million. 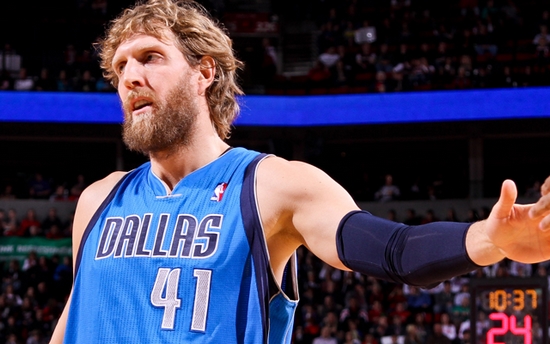 Dirk Nowitzki is the 2nd most paid NBA player after Kobe Bryant, of Los Angeles Lakers. He signed a 4 year / $80 million contract with the Dallas Mavericks, including $80,000,000 guaranteed, and an annual average salary of $22.7 million. Dirk’s average salary is about $22,721,381. Beside NBA he also earns about $500,000 from different companies. 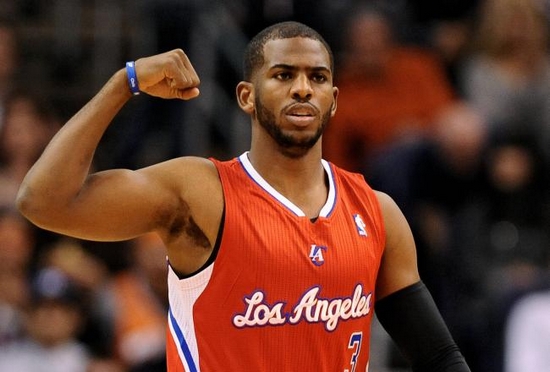 Chris Paul is an American professional basketball player who has a net worth of $75 million and annual salary of $18.7 million. Paul played for the Hornets from 2005 to 2011 and was the 2006 NBA Rookie of the year. He is playing for the Los Angeles Clippers since 2011. His peak salary season so far is 2014 when the LA Clippers paid Paul $18.7 million. Sponsors, including Jordan/Nike, Powerade and Upper Deck, give him another $4 million.