Footballers are much more than just players, and there is much more to them than just goals, passes and records. Many of them are fathers, and they don’t hesitate from showing their love and affection for their young-lings on social media. We have decided to find that among the many soccer stars, who the cutest father-son duos are. Top 5 cutest father-son footballer duos is list of such footballers and their kids that will melt your heart and fill it with love and warmth: 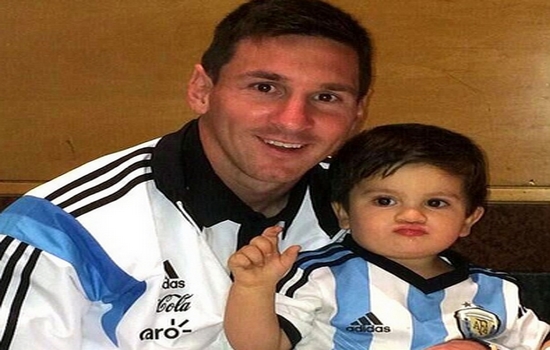 Lionel Messi & Thiago Messi are at no 1st in our list of top 5 cutest father-son footballer duos. Like any other father Lionel Messi holds his family as the most important part of his life. On the birth of Thiago, Messi was so happy and he said “Today I am the happiest man in the world, my son was born and thanks to God for this gift!”
To express the beautiful connection of father –son love Messi even got the Thiago’s name and handprints imprinted on his left calf. The father-son duo was also the part of a publicity campaign for UNICEF. 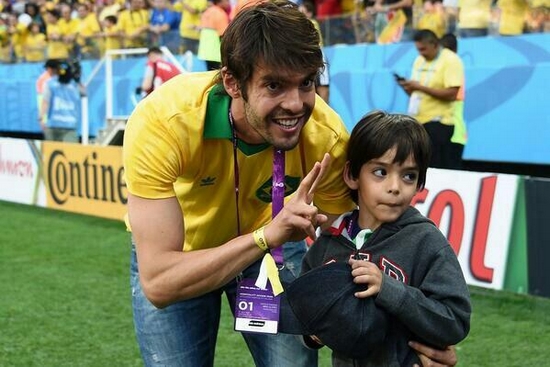 Kaka is a religious role-model for millions of Brazilians and his religious background is one of the reasons that keep him so close to his family. Kaka enjoys a beautiful life with his family especially the company of his son Luca .The father-son not only love each other but they also have incredible facial similarity and Luca is just carbon copy of his father. 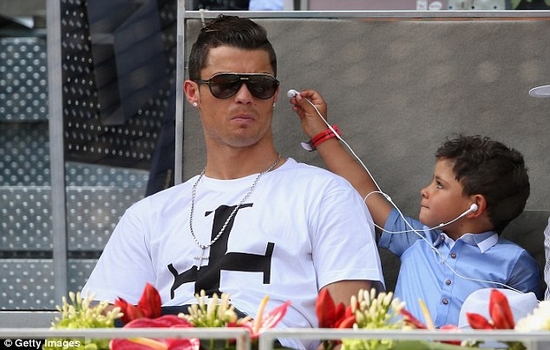 Cristiano Ronaldo is loved and cared all around the world by millions of fans but Ronaldo’s utmost love is his son Cristiano Jr. Ronaldo loves his son more than anything else. Despite not having a mother by his side, Ronaldo’s girlfriend and his mother, are always seen to be nearby Cristiano Jr, thus filling the emptiness for young Cristiano. These two Cristianos are perfect example of cutest father-son footballer duos. 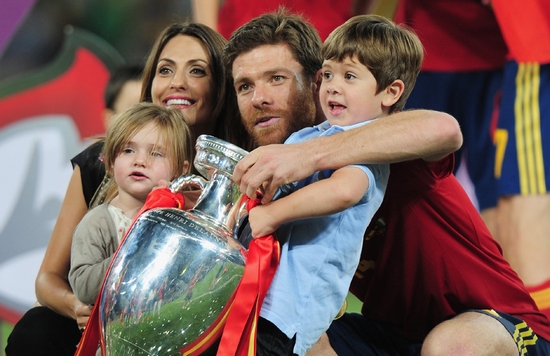 At no 4th in our list of Cutest Father-Son Footballer Duos are Xabi Alonso and Jontxu. A quiet yet friendly Xabi Alonso had married long time sweetheart Nagore Aramburu, and the couple have given birth to three children, named Jontxu, Ane and Emma. Among three jontxu is boy and looks like his father as well. Xabi Alonso has shown his intention to bring his son as a die-hard football supporter. 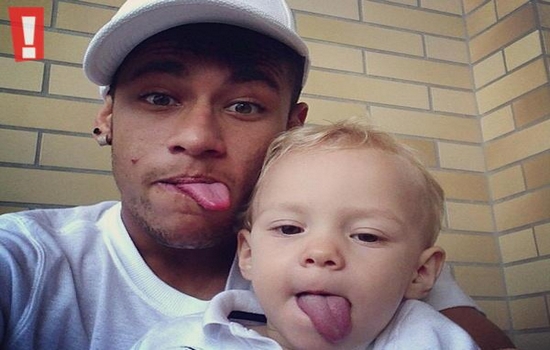 Neymar had become a father at a very young age. His baby’s mother, Carolina Dantas had given birth to David Luca in August 2011, and it was a very emotional moment for the Barcelona star. Neymar expressed his feelings as “I cried when I learned that I would be his father,” he told reporters. “At first, I felt fear. Then joy. It is a new responsibility and I am now enjoying it.”

5 Most Handsome Football Players of the World Cup 2014