Cristiano Ronaldo is the Richest Footballer in The World

Goal.com released the 2015 Goal Rich List. According to this list Real Madrid’s striker Cristiano Ronaldo is the richest footballer in the world. Ronaldo’s total wealth is about €210 million. He is the wealthiest active soccer player in the world in 2015. Cristiano Ronaldo also topped the list in 2014 but has boosted his position over the last 12 months.  He is €10 million ahead of second-placed Lionel Messi with an overall personal wealth of €210 million. 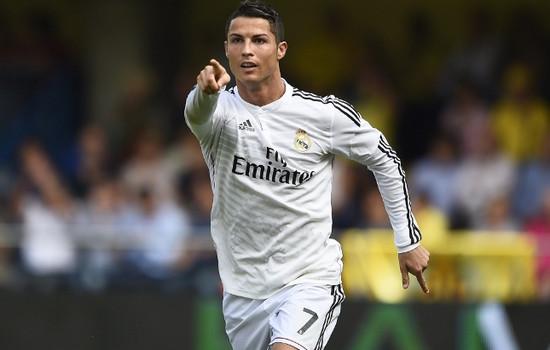 Real Madrid triumph in Champions League and FIFA Club World Cup gathered a lot of bounce for Cristiano Ronaldo in 2014. He also received a sum for winning the 2014 FIFA Ballon d’Or.

Apart from football salary and bounces Cristiano Ronaldo also earned a handsome amount from endorsements and commercial deals. His commercial deals with companies such as Toyota, Herbalife and Samsung, while his long-term association with Nike remained a key money-spinner.

Barcelona’s Leo Messi is at second position in the list of richest footballers in the world. He is €10 million behind Cristiano Ronaldo. His total worth is €200 million. At No. 3 position in the money making list is Barcelona’s striker Neymar Jr. His total worth is about €135 million. Paris Saint-Germain F.C.’s Zlatan Ibrahimovic is at fourth place with €135 million worth. Below is the list of top 10 Richest Footballers in the World 2015 by Goal.com