The world football governing body, FIFA, on 10 January 2017 announced that it has increased the number of slots for the World Cup competition. The FIFA council which is the highest decision making body of FIFA accepted the proposal to increase the number of participating countries. The 48 countries world cup is a campaign promise which was made by FIFA president Gianni Infantino and also as part of the reforms he promised. 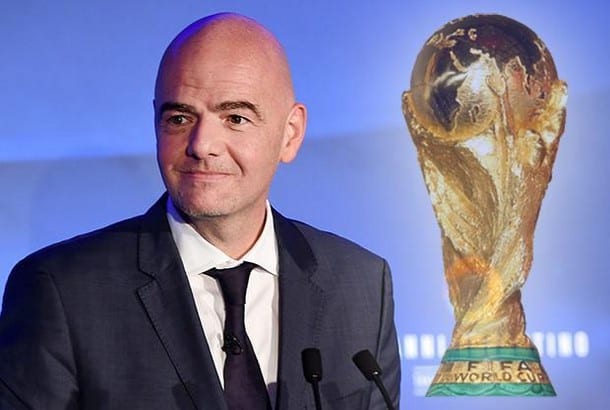 Here is the full statement released by FIFA increasing the number of participating countries;

“The FIFA Council has unanimously decided in favour of expanding the FIFA World Cup to a 48 team competition as of the 2026 edition. World football’s supervisory and strategic body held its third meeting at the Home of FIFA in Zurich on 9 and 10 January, and decided on a new tournament format with the 48 national teams split into 16 groups of three. The top two teams from each group will then advance to a 32 team knockout stage.

The new 48 team competition format has been drawn up in such a way that there is no reduction in the overall number of rest days and a guaranteed maximum of seven matches for the teams reaching the final, while the current 32 day tournament duration is kept, so as not to increase the length of time for which clubs have to release their players.

The decision was taken following a thorough analysis, based on a report that included four different format options. The study took into account such factors as sporting balance, competition quality, impact on football development, infrastructure, projections on financial position and the consequences for event delivery. Over the course of its next meetings, the FIFA Council is set to discuss further details regarding the competition, including the slot allocation per confederation. 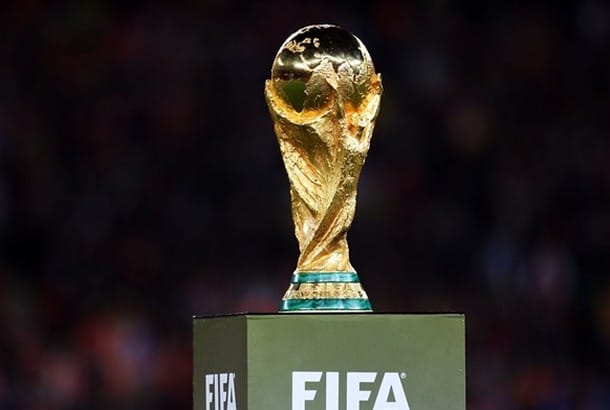 At its most recent meeting in October 2016 the FIFA Council had already discussed the scenarios to expand the competition format of the FIFA World Cup. By then, it had also defined a set of principles for countries to bid for the right to host the 2026 edition – a process that is currentlyscheduled to culminate in May 2020.

On 10 January, as well as deciding on the expanded format, the Council agreed on a set of key dates related to the 2018 FIFA World Cup:

• 14 May 2018: Deadline for participating member associations to release a list of 30 players;

• 20 May 2018: Recommended final day of club competitions, with the exception of the UEFA Champions League final. Special exemptions may only be granted by the FIFA Council;

• 21-27 May 2018: Official rest period to be respected by clubs and participating member associations;

• 28 May 2018: Start of the release period for all participating member associations;

The Council also approved the early adoption of the IFRS15 standard in FIFA’s financial reports.

Furthermore, as part of the ongoing consultation process, the composition of the new committees has been decided and will be communicated once the respective members have been informed.

The next meeting of the FIFA Council is scheduled to be held in Manama, Bahrain, on 9 May 2017 ahead of the 67th FIFA Congress.”

FIFA generates 80% of its revenue from the FIFA world cup through sponsorships and Tv rights. With the increase in the number of countries, Tv rights will increase tremendously and FIFA stands to gain. Again, the core principles of football is togetherness and global unity. The world cup is one of the international avenues for globalization and unity. Over the years, the world cup have been a reserved for few countries which appears over and over again for all editions and the aim of globalization is being defeated. Countries like Tahiti and New Caledonia have wrestled their way to the world cup but to no avail. With the expansion, new countries and new cultures will be at the world cup and the aim of globalization will be complete and achieved.

Asia
Asia is another continent with 4 direct slots to the world cup and one playoff option. Asia have fantastic footballing countries like Japan, North Korea, South Korea, China, Iran, Saudi Arabia etc all aiming to qualify for the World cup. Asia have a lot raising countries in football development and are likely to get more slots.

Note: The next FIFA council meeting will be held in Manama, Bahrain, on 9 May 2017. The slots allocation, qualifiers procedure and all other information relating to the new world cup format shall be discussed at that meeting.