The inaugural FIFA Best Awards is scheduled for Monday 9 January, 2017 at exactly 17:30 GMT. The FIFA Best Awards is the first of its kind in the history of FIFA. FIFA started awarding football players in 1991 as the FIFA player of the year award, in 2010 FIFA partnered with French Football Magazine organisers of the Ballon D’or award to establish a new awarding scheme called FIFA Ballon D’or. 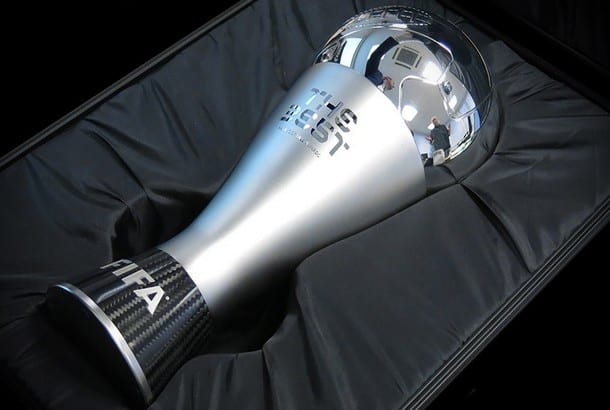 The FIFA Ballon D’or was organised on 6 occasions but in 2015, FIFA announced to split from the Ballon D’or to organise its own awards.

The shortlist of players, individuals and groups who are likely to win awards at the new FIFA Best are as follows;

Men’s Player of the Year.
The men’s player of the year award is given to the best male footballer of the calendar year. Coaches and captains of all national teams affiliated to are permitted to vote for their preferred choice. The nominees of the 2016 FIFA Best Player are; 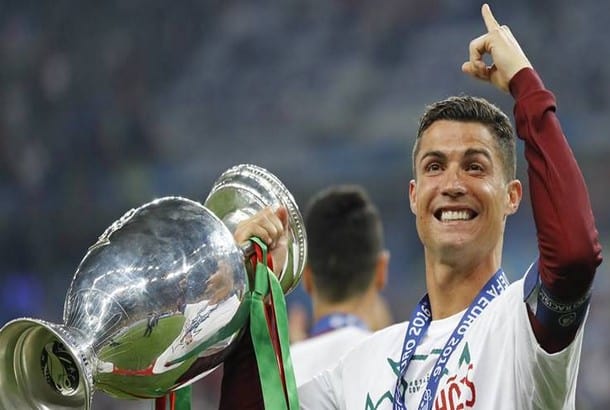 Cristiano Ronaldo will forever remember 2016 as the year in which he was crowned a European champion twice. Ronaldo won the UEFA champions league and also won the UEFA Europa championship in the 2016 calendar year. Ronaldo was runner up in the la liga and have also won the FIFA Club World Cup. Ronaldo was the top scorer and best player of the FIFA Club World Cup. Ronaldo was the best player, top scorer and the player who was involved in most at the 2015-16 champions league.  With his irrepressible thirst for goals, power and speed, Ronaldo continues to amass silverware and records in abundance.

Lionel Messi (Barcelona & Argentina)
Lionel Messi shows no signs of letting up. After rounding off 2015 by collecting the adidas Silver Ball at the FIFA Club World Cup in Japan, he continued to figure large for club and country in 2016. Messi also became Argentina’s leading all-time goalscorer on their run to the final of Copa America Centenario. Messi was the best assist maker in la liga providing 16 assists and was involved in 42 goals that Barcelona scored in the round up to the league title.

Women’s Player of the Year
The women’s best player of the award is given to the most distinguished female footballer of the calendar year. Coaches and captains of all female national affiliated to FIFA are allowed to vote and choose the player. The nominees of the 2016 FIFA Best Female Player are;

Melanie Behringer (Germany).
Melanie Behringer crowned her glittering international career by winning gold with Germany at Rio 2016, hanging up her boots shortly afterwards with 123 caps to her name. As the tournament’s leading goalscorer with five goals, the Lorrach-born midfielder was vital in enabling her country to climb to the top step of the podium for the first time.

Carli Lloyd (USA).
From an individual perspective, consistency has been the name of the game for 2015 FIFA Women’s World Player of the Year Carli Lloyd. The Stars and Stripes co-captain’s goalscoring rate has not dropped. However, from a collective point of view, 2016 was a rather forgettable year for the USA, as they failed to finish on the podium at a Women’s Olympic Football Tournament for the first time in history.

Marta (Brazil)
Marta, who had the honour of being one of the Olympic flag bearers at the Rio 2016 opening ceremony, continues to shine thanks to her shimmies, strength and character on the pitch.

Mens Coach of the Year.
The Men’s coach of the year award is given to the astute coach of the calendar year. Coaches and captains of all national teams affiliated to FIFA are permitted to vote in this category in selecting the best coach. The nominees for the 2016 FIFA Best Men’s Coach are;

Claudio Ranieri (Leicester City)
Claudio Ranieri achieved the seemingly impossible with Leicester City. While it seemed that staving off relegation was the best Leicester could hope for before the campaign began, Ranieri would go on to inspire his charges, instilling an unrivalled team spirit as Leicester went on to incredibly win the Premier League against all odds, and claim the club’s first-ever top-flight title in their 132-year history.

Fernando Santos (Portugal)
An electrical and telecommunications engineer by trade, Fernando Santos earned a place in footballing history by steering Portugal to their first major title at UEFA EURO 2016. In getting the most out of a side built around its undisputed leader in Cristiano Ronaldo, Santos applied his philosophy of “strength and unity”, instilling genuine team spirit among his players.

Zinedine Zidane (Real Madrid)
In his first season as a Real Madrid player, Zinedine Zidane delivered the club’s ninth UEFA Champions League title. His maiden campaign in the Bernabeu dugout was no less momentous, as he led the Merengues to European Cup number 11 and became just the seventh man to win the competition as both a player and a coach.

Women’s Coach of the Year.
The Women’s coach of the year award is given to the astute coach of the calendar year. Coaches and captains of all national teams affiliated to FIFA are permitted to vote in this category in selecting the best coach. The nominees for the 2016 FIFA Best Women’s Coach are;

Jillian Ellis (USA)
Jill Ellis, who earned a Bachelor of Arts degree in English Literature from the College of William & Mary, is in the midst of writing a new, successful chapter in the country’s football history, as she is coaching the next generation with an eye on success at the 2019 and 2023 Women’s World Cup competitions.

Silvia Neid (Germany)
Having been involved in each of Germany’s eight European and two World Cup wins as either a player, assistant coach to Tina Theune, or head coach, Silvia Neid’s biography reads like a never-ending list of triumphs. She capped off this remarkable record in 2016 by leading her country to their first gold medal at the Women’s Olympic Football Tournament in Brazil.

Pia Sundhage (Sweden)
Swedish coach Pia Sundhage enjoyed another period of success in 2016. Sundhage’s side dispatched world champions USA and fellow contenders Brazil on their way to the final of Rio 2016, where they ultimately succumbed to Germany.

Puskas Award
The Puskas Award named after former Real Madrid striker Ferenc Puskas is given to the most incredible goal scored in the calendar year. The FIFA technical committee selects all the incredible goals and presents it on the FIFA website for public voting. Everybody in the world is entitled to vote once for the Puskas Award. The Nominees for the 2016 Puskas Award are;

After attacking midfielder Marlone joined Brazilian heavyweights Corinthian in January, their fans were made to wait for the first goal from their new recruit. His maiden strike came in a Copa Libertadores clash against Chilean outfit Cobresal, and was followed half-an-hour later by his second – an effort that will be long-remembered by Timao fans. Edilson burst down the Corinthians right and delivered a cross slightly behind the No8. Marlone chested the ball int the air and, quick as a flash despite being closed down by Rodrigo Urena, scissor-kicked the ball in mid-air toward goal, seeing it fly past Sebastian Cuerdo.

Alongside her compatriot Deyna Castellanos, Daniuska Rodríguez was one of the undoubted stars of the Women’s U-17 Sudamericano Championship, scoring six goals as hosts Venezuela won the title. One of the most memorable moments was Rodriguez’s individual effort against Colombia in the final group stage. The midfielder worked her way into the Colombian penalty area, twisted and turned her way past the challenges of Sofia Montoya and Manuela Vanegas with some intricate footwork, before blasting the ball into the roof of the net.

Nobody in the Bandaraya Pulau Pinang Stadium could have imagined the trajectory of the ball as Mohd Faiz Subri stepped up to take a free-kick some distance away from goal, far over to the left-hand side of the pitch. The diminutive No13, a prolific goalscorer in the Malaysian Super League, hammered his effort goalwards, producing a swerve so wicked that goalkeeper Mohd Nasril Nourdin stood no chance.

Fan Award
The FIFA fan award is a new award which have introduced. The award is given to any individual or groups of supporters for exhibiting an extraordinary sporting conduct. The nominees are shortlisted by FIFA on its website for public voting. The nominees of the first ever FIFA Fan Award are;

Throwing objects at opposition fans is usually an action that elicits a sanction for the team involved, but in the case of ADO Den Haag in the Dutch Eredivisie, it was a truly heart-warming gesture. Fans of the Dutch side brought along stuffed toys to their league match at Feyenoord’s De Kuip stadium and, ahead of kick-off, hurled the soft toys down on the Feyenoord fans below them. The supporters who received the gifts were from Rotterdam’s Sophia Children’s Hospital, with the kind donations of De Ooievaars’ fans no doubt gratefully received by the youngsters.

Anybody who has ever been to Anfield can profess to the remarkable noise when “You’ll Never Walk Alone”, a song adopted by the Reds’ fans in the early 1960s, is sung by the home support. The tune has since travelled around the world, transcending language barriers. German giants Borussia Dortmund have adopted the anthem, and their fans joined Liverpool supporters in a chorus of solidarity ahead of their April UEFA Europa League meeting, with the Hillsborough disaster’s 27th anniversary the following day. The moving gesture put sporting rivalry aside for a few minutes.

Icelandic players leading superbly-choreographed fan chants became one of the iconic images of UEFA EURO 2016. The chant, which sees fans and players clap and shout in unison, starting with a long pause between claps and building to a crescendo of noise, was even adopted by other fans at the tournament. One of the most memorable renditions came after France saw off Strákarnir okkar in the last eight, and the fans – with more than eight per cent of the tiny country’s population travelling to France – joined their players in celebrating a remarkable run to the quarter-finals.

Sports Googly shall predict the likely winners of the various awards listed in the FIFA Best Awards scheduled for 9 January, 2017. Sports Googly’s predictions have nothing do with any leaked documents or insider information but rather the predictions are based on the players’ performance and trends and dynamic voting pattens.
Here are the Sports Googly expect predictions;