The African Cup of Nations (AFCON) is the main international association football competition in Africa. It is sanctioned by the Confederation of African Football (CAF), and was first held in 1957. Since 1968, it has been held every two years. The title holders at the time of a FIFA Confederations Cup qualify for that competition. The origin of the African Nations Cup dates from June 1956, when the creation of the Confederation of African Football was proposed during the third FIFA congress in Lisbon. There were immediate plans for a continental tournament to be held and, in February 1957, the first African Cup of Nations was held in Khartoum, Sudan. For sponsorship reasons the 31st edition of the African Cup of Nations is called the Total AFCON. The 2017 edition which is will be held in Gabon was contented by Gabon, Ghana and Algeria which Algeria secured the rights to host the tournament. 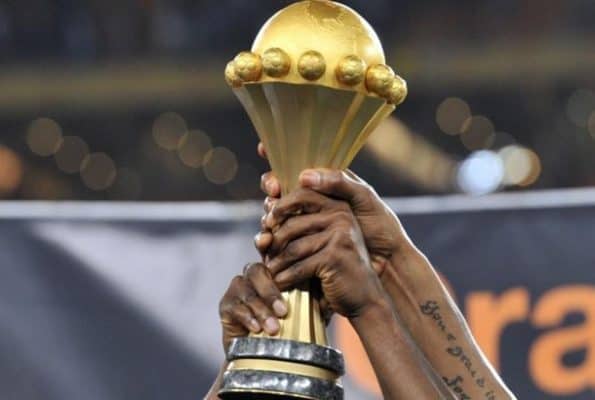 On Monday 26 September 2016 in Cairo, the draw for Gabon 2017 AFCON was held. After the draw this was there the Groups from A-D.

Group A.
Group A is a competitive group which involves the host country Gabon. On any normal day Burkina Faso and Cameroon are tipped to qualify but this group will promise a lot of variant dynamism. This is how the group will look like and the statistical explanation will follow.

This will be how the games are likely to end according to the statistics and conventional thinking. 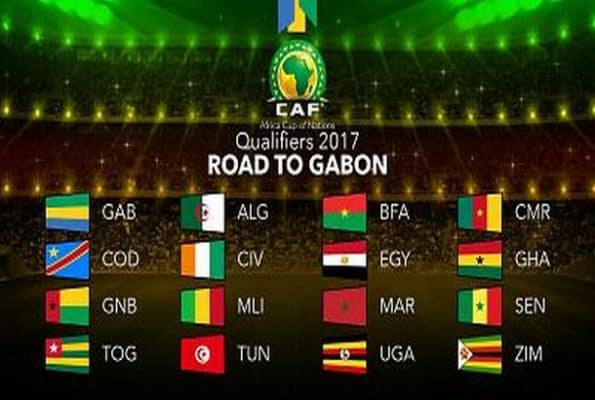 Gabon vrs Guinea
The opening fixture for the Gabon 2017 African cup of nations will be the game between Gabon and Guinea. Gabon and Guinea have not met before anywhere in football and this will be their first meeting. Gabon is very stronger at their backyard and with the opposition Guinea been a more weaker side, Gabon is likely to win this game by a slim margin.

Cameroon vrs Guinea
Cameroon and Guinea encounters is a David and Goliath affair, Cameroon is a giant in African football while Guinea is starting the road to be giants. Cameroon and Guinea have met 2 times with Cameroon winning all the two games. All the two games were in the qualifiers to the African cup of nations in 2013. Cameroon is 90% favourite to win this fixture against Guinea.

Cameron vrs Gabon
The Gabon and Cameroon game will be a close call and heavily contended. Cameroon and Gabon have met on 14 occasions with Cameroon winning 7, drawing 5 and Gabon winning 2. In the 2010 African cup of nations Gabon and Cameroon were in Group D. In Cameroon’s game against Gabon, Gabon defeated Cameroon by one goal to nothing and with the likes of Idriss Kameni, Rigobert Song, Henri Bedimo, Alex Song, Samuel Eto’o and Pierre Webo Cameroon were still defeated. This time round Gabon is the host country so Cameroon are coming into this game from a difficult head to head vantage point. Cameroon are likely to win this fixture due to the depth of their squad and the class of Cameroon is superior than Gabon.

Group B
Group B is very difficult group with three of Africa biggest footballing countries Algeria, Senegal and Tunisia. This group is crucial and difficult to digest as pundit but only two clubs need to make it to the knockout stage. This is how Group B will look like after the group stages.

Algeria vrs Zimbabwe
Algeria playing against Zimbabwe is a father and son affair because Algeria is the number one team ranked in Africa whilst Zimbabwe is the least ranked side in the AFCON 2017. Algeria and Zimbabwe have met on 5 occasions with Algeria winning 2, drawing 2 and Zimbabwe winning 1. In the 2004 African Cup of Nations, both countries clashed in a Group C encounter where Zimbabwe defeated Algeria by two goals to one. The Zimbabwe team of 2004 was one of the best in the history of Zimbabwe football because after defeating Algeria they went ahead to defeat Ghana as well. This time is 2017, the story is the other way round because Algeria have the best of squads and many pundits predict that Algeria are likely to win the 2017 AFCON whilst Zimbabwe is classified as the weeping boys of the group. Algeria will salvage the win from Zimbabwe and the goals can be many.

In the AFCON qualifiers both countries have met 8 times with Tunisia winning 3, drawing 3 and Senegal winning 2. This fixture is likely to end in a draw. The Tunisia and Senegal game will end in a goalless draw. 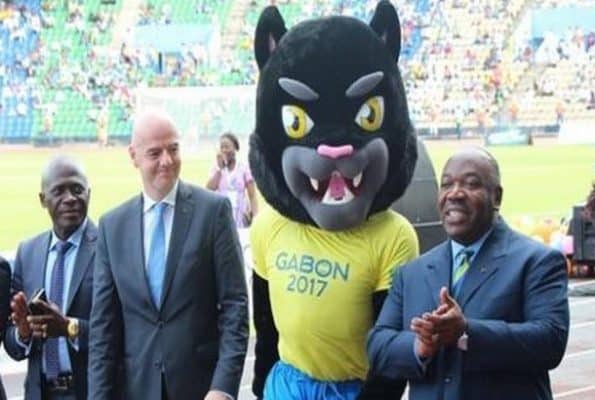 Senegal vrs Zimbabwe
Senegal and Zimbabwe fixtures in the olden days was very difficult to predict. Zimbabwe before now was one of the top performing clubs in Africa but the tables have changed against Zimbabwe due to poor economic conditions. Senegal and Zimbabwe have met on 6 occasions with Senegal winning 3 and Zimbabwe winning 3. In AFCON 2006 both countries were in Group D where Senegal defeated Zimbabwe by two goals to nothing. The first meeting of these countries dates back to 1985. In AFCON qualifiers both countries have met 4 times with Senegal winning 2 and Zimbabwe winning 2. The attacking power of Senegal is a treat to any defense and Zimbabwe cannot stand the might of Senegal. Senegal is likely to win this game by three goals to nothing.

Zimbabwe vrs Tunisia
Zimbabwe and Tunisia have not met enough and both countries have do not know each other. The only time both countries met was in a friendly game on 7 November 1998 where Zimbabwe drew with Tunisia. Tunisian football is in an upright trend while Zimbabwe is on a downward trend. Tunisia is likely to win this game by two goals to nothing.

Senegal vrs Algeria
Senegal and Algeria is a typical West African and North African derby. On neutral grounds, the North African countries have an upper hand over their West African counterparts. Senegal and Algeria have met 18 times with Senegal winning 4, drawing 4 and Algeria winning 10. In the AFCON Senegal have never won a game against Algeria, two meetings with Algeria winning all the games. Here are the two encounters in the AFCON;

Again in the AFCON qualifiers, Senegal have never won a game against Algeria in 4 occasions with Algeria winning 3 and drawing 1. In this competition Senegal will come in strongly to aiming win the game. Senegal is likely to draw this game. It shall be a (1-1) draw.

Group C
This group is the group in the AFCON 2017 which is said to be fairly open. The countries tipped to qualify are Ivory Coast and Morocco with other countries being Congo DR and Togo. Here will be how the group will be after the group stage games.

Congo DR vrs Morocco
Congo and Morocco do not often meet and the only and first time both nations met was in a friendly game on 9 January 2006 which Morocco won. The squad of Congo DR is dominated by TP Mazembe but due to Mazembe’s drop in form, the Congolese national team is now slightly weak. Morocco is stronger than DR Congo in terms of squad quality and depth. Morocco is tipped to win this game by a slim margin.

In the AFCON qualifiers, Morocco and Ivory Coast have met four times with Ivory Coast winning two and Morocco winning two. This game will be tough and difficult to predict but the game is likely to end in (1-1) draw.

Togo vrs Congo DR
The Congo and Togo encounters presents a lot of pace. Congo DR and Togo have met on 8 occasions with Togo winning 1, drawing 2 and Congo DR winning 5. In the AFCON, Togo have never won a game against DR Congo in 3 attempts with Congo winning two and drawing one. Will it be the same old story or Togo can turn the tables in the 2017 AFCON. Congo DR will struggle in this game bet will often win the game.

Group D
The Group D is a difficult group and apart from Mali all the countries are in same group of the world cup qualifiers. Ghana have won the African Cup of Nations on four occasions, Egypt is the all winner of the nations cup and for four editions of the African Cup of nations Mali have being semifinalists. Three of the best African footballing countries are drawn in Group D. Uganda they say are the minors of the group but Uganda is in a form which they exhibited 37 years ago. This is how the group will be like after all the group stage matches have being played.

Ghana vrs Uganda
Uganda have being Ghana’s worse nightmare in recent years. Ghana will want to defeat Uganda to get the bragging rights. Ghana and Uganda have met 10 times with Ghana winning 3, drawing 4 and Uganda winning 3. In the African cup 1978, Uganda met Ghana in the finals where Ghana won by two goals to nothing. In African Cup of Nations Qualifiers both countries have met 4 times with Uganda winning 2 and drawing 2. This is the last 5 games between Ghana and Uganda;

Uganda is a difficult nut to crack for Ghana. This time round Ghana will make a strong statement by defeating Uganda by one goal to nothing.

Mali vrs Egypt
Egypt is the god of the African Cup of nations but when it comes to head to head Mali is stronger than Egypt. Mali and Egypt have met on 7 occasions with Mali winning 4 and Egypt winning 3. At the AFCON 1994, Mali and Egypt met in the Quarter finals where Mali defeated Egypt by one goal to nothing. In the last four games both countries have played Mali have won two and Egypt have also won two. This game will be a crunch game but Egypt will come in strongly to announce their dominance in the AFCON. Egypt are likely to win this fixture.

Ghana vrs Mali
Ghana and Mali are known figures in the African Cup of Nations. Ghana and Mali have met on 14 occasions with Ghana winning 6, drawing 5 and Mali winning 3. In the AFCON tournament Ghana have clashed with Mali on 4 occasions. Here are the results of all the 4 games;

The last 5 games involving Ghana and Mali, Ghana have won 2 drawn 1 and Mali have won 2. The most likely result that could happen is a (2-2) drawn game.

Uganda vrs Mali
Mali and Uganda had not met in any competitive game until both met in the 2016 Championship for African Nations(CHAN) The CHAN is a competition for local based players to lineup for their national teams. In the CHAN, Mali defeated Uganda by two goals to nothing. Mali will be poised to win this fixture.