What is the Boxing Day Test Match?

A test match played between Australian Cricket team and any opponent team touring Australia on Boxing Day; 26 of December is known as Boxing Day test match. It begins annually on Boxing Day (26 December) and is played at the Melbourne Cricket Ground (MCG).

Why 26 December is called Boxing Day?

Boxing Day occurs on 26 December. Boxing Day is a holiday celebrated on the day following Christmas Day in the United Kingdom and Commonwealth nations.

In the liturgical calendar of Western Christianity, Boxing Day is the second day of Christmastide, and also St. Stephen’s Day. In some European countries, notably Germany, Poland, the Netherlands and the Nordic countries, 26 December is celebrated as a Second Christmas Day.

According to Oxford English Dictionary, “the first week-day after Christmas-day, observed as a holiday on which post-men, errand-boys, and servants of various kinds expect to receive a Christmas-box”. That’s the reason 26 December is called Boxing Day.

In the United Kingdom, a full program of football and rugby union matches is organized on Boxing Day. Originally, matches on Boxing Day were played against local rivals.

In Australia, the first day of the Boxing Day Test in Melbourne and the start of the Sydney to Hobart Yacht Race are on Boxing Day.

In horse racing, there is the King George VI Chase at Kempton Park Racecourse in Surrey, England. It is the second most prestigious chase in Britain, after the Cheltenham Gold Cup.

Boxing Day is one of the main days in the hunting calendar for hunts in the UK and US, with most hunts holding meets, often in town or village centers.

In 1974-75 Ashes series, there were six test matches in the series. To fit the schedule, the third test at Melbourne was scheduled to start at Boxing Day. That was the origin of the modern tradition. In 1980 Melbourne Cricket Club and Australian Cricket Team secured the rights to begin a test match annually on Boxing Day at the MCG.

In 1989, instead of a Test match, a One Day International involving Australia and Sri Lanka was played, which Australia won by 30 runs. 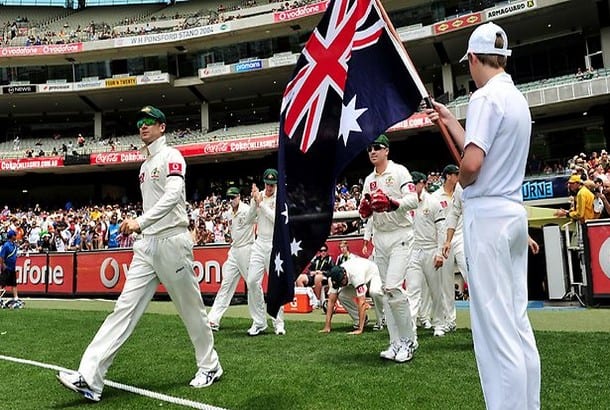 None of the Asian team have won the Boxing Day Test match yet.