The 84th edition of the Spanish Primera División La Liga is on its full swing. A total of 20 teams are contesting in the 2014-15 session. The league has been entered in 7th week and many star players are action. Real Madrid’s Cristiano Ronaldo is at top position in the highest goal scorers’ table while Lionel Messi is ranked no 1 in assists table. Cristiano Ronaldo has been scored 13 goals in 6 appearances including 3 hat-tricks. Perhaps he’ll be the top scorer of the season. He’s scored his third hat-trick in four games (and in 15 days) against Athletic Bilbao. It’s the 22nd of his career, matching the all-time La Liga record of Alfredo Di Stefano and Telmo Zarra. So another record is on the brink of being broken in La Liga. 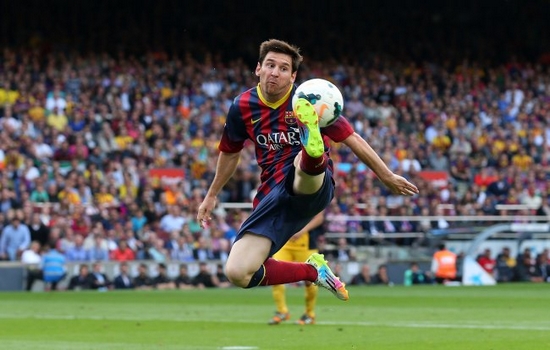 Here is the list of La Liga top goal scorers in a season. This includes the name of those players who scored more than 40 goals in a season. Lionel Messi is at top with 73 goals in session 2011-12. Messi also holds the record of top scorer five times. He is also all-time highest goal scorer in La Liga.  Here is the full list.