With great sports competitions comes a great crowd. NFL being one of the most watched sports league in the world drags a lot of spectators to the grounds. The reason the league is one of the most premium sports activity in the world is also because of its utmost fame and the number of spectators attaining it live. Fans are the core ingredient for any event’s success or failure. And while NLF enjoys the status of being one of the most popular sports leagues, the number of fans is getting increased many folds each season. NFL teams have the backing of some of the most loyal football fans in the world. While many prefer live NFL coverage on their TV sets, witnessed the blood-heating action from the stadia carries a totally different flavor.

Top NFL teams offer the best possible facilities to fans in their respective NFL stadiums. Because with the fans only the business gets going. The top level American sports league holds some of the largest stadiums in the world equipped with the latest technology to make fans’ experience great. NFL teams use various other NFL stadiums as well apart from their respective home stadiums. At present the New York Jets and New York Giants’ MetLife Stadium is the largest stadium in the NFL by its regular seating capacity. Although Dallas Cowboys AT&T Stadium can beat the former with little improvisations but its regular seating capacity is only 80,000. The 10 largest NFL stadiums by their regular seating capacity are as under. 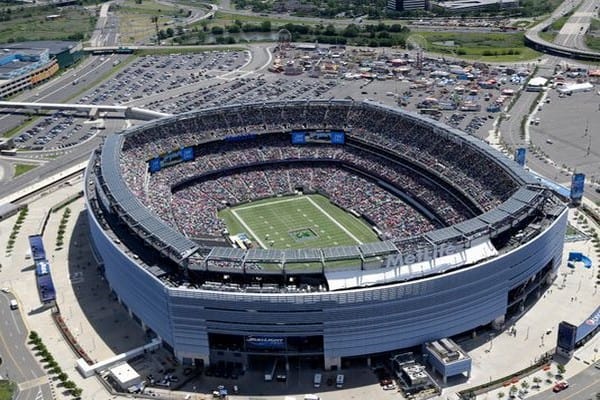 As mentioned earlier, MetLife stadium located at East Rutherford New Jersey is the largest of all NFL stadiums at present. The home turf to both New York Giants and New York Jets, two of the most valuable NFL teams, can hold a total of over 82000 spectators at a single time. Not to forget that the capacity is calculated by its regular seating count. The only NFL stadium shared by two NFL teams is also the most expensive football stadium ever built, costing more than $1 billion. Great things come at the great cost eh? 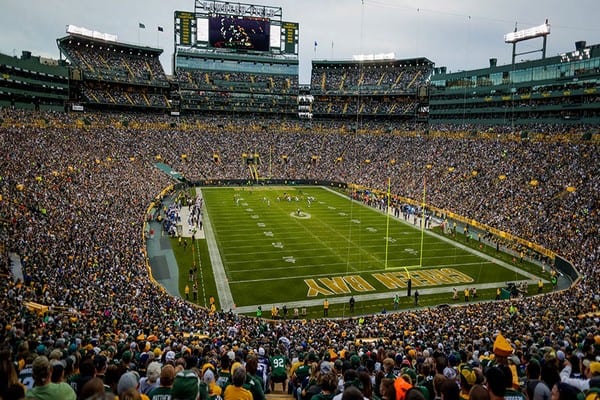 Built on the name of the fonder Green Bay Packers coach Curly Lambeau, Lambeau Field has the capacity of over 81 thousand fans. One of the greatest NFL coaches who led his side into six NFL championships’ legacy is fittingly well-kept-up by the stadium management. The stadium is well equipped with the club’s history preserved in its Atrium and Packers Hall of Fame. Also an A to Z Lambeau Field Guide is available on its official website including the tickets area and parking options. 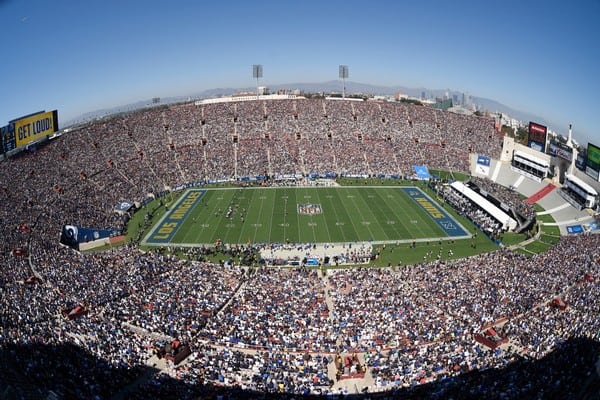 One of the oldest built NFL stadiums in America, Los Angeles Memorial Coliseum is currently serving as the home stadium for Los Angeles Rams. Historically it has hosted various sporting events including the track events and ceremonies of the Olympic Games 1932 and 1984. Also it has been the home turf for various NFL football teams such as Chargers and Raiders. Having a spectators’ capacity of 80,000 fans the stadium is currently in possession of Los Angeles Rams while their actual home ground is being rebuilt. 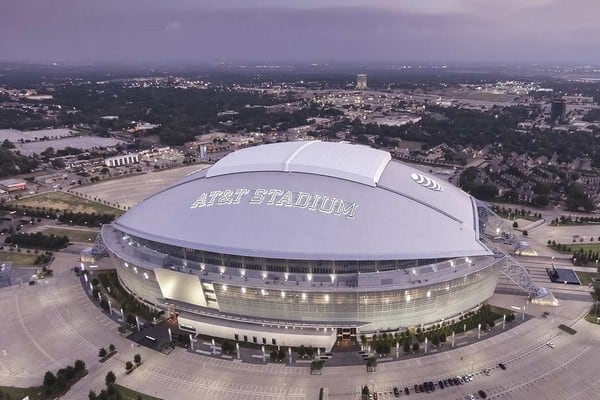 One of the most comfy NFL stadiums right now is located in Arlington, Texas. The home to richest NFL teams in the world carries a fans’ capacity equivalent to that of Los Angeles Memorial Coliseum. However the available facilities throughout the luxury suites, concourses, and concession areas are beyond imagination. AT&T Stadium is currently the world’s largest covered stadium with 80,000 seats. Also it has the largest high-definition television screen in the world, hung in the center for the best viewing experience. 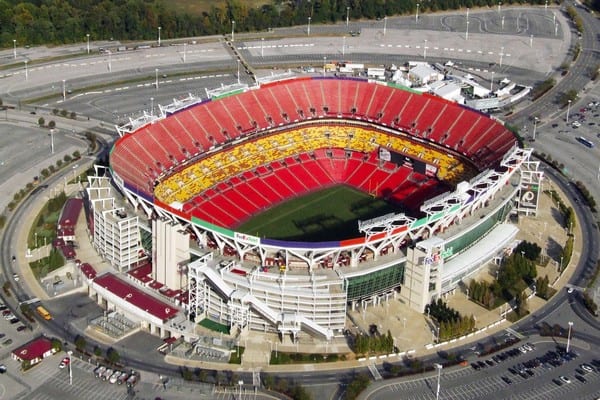 Built as the replacement of Washington Redskins’ previous home stadium Robert F. Kennedy Memorial Stadium, FedEx Field’s current crowd capacity is approximately 79.000. Although it had the record of being the largest of all NFL stadiums from 2004 to 2010, holding over 91,000 fans’ seats. However the recent constructions have reduced the regular seating area back to 79,000. The five level built stadium has produced some of the most thrilling NFL matches in history including NFL regular-season home paid record attendance back in 2004 to 2010. 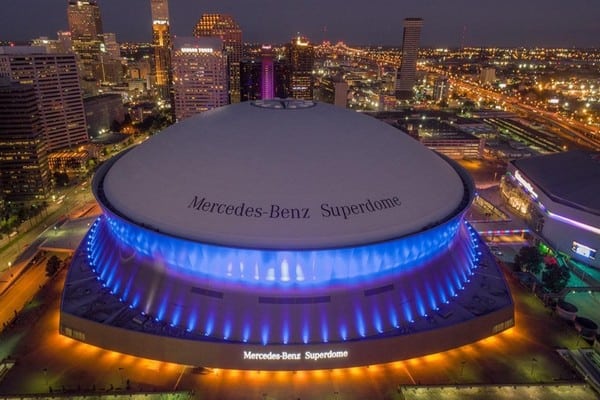 With a spectator’s capacity of 76,468 Mercedes-Benz Superdome is the largest fixed doomed structure in the world. The home to New Orleans Saints is one of the most attractive tourist spots in USA apart from being one of the biggest NFL stadiums. Its steel frame covers a 13-acre (5.3 ha) expanse and the 273-foot (83 m) dome is made of a lamellar multi-ringed frame and has a diameter of 680 feet. 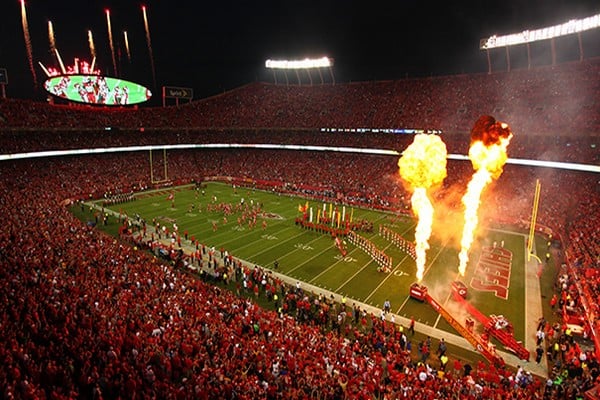 The largest sports facility in terms of seating capacity is the home to Kansas City Chiefs. Built 48 years ago the stadium had its $375 million renovation in 2010. Chief fans being recognized as the loudest crowed as per Guinness World Record flood in when it’s the game day. One of the loudest NFL stadiums also serves as home to Kansas City Athletics of Major League Baseball. Equipped with the Latitude 36 Bermuda Grass, the ground is a dream surface for any of the top NFL players. 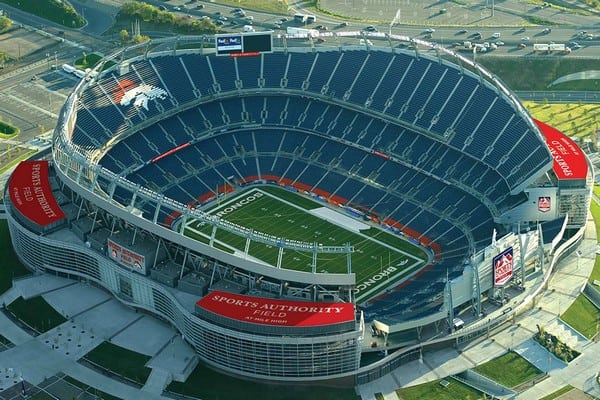 “One of the most storied and beloved stadiums in National Football League history” as the official website says, is located at an elevation of 5,280 feet above sea level. A feature that distinguishes the Mile High form the other NFL stadiums. Costing 400.7 million dollars on its construction, Sports Authority Field at Mile High provides unobstructed views for 76,125 fans on five levels of seating. The stadium also includes 8,200 club seats and 144 luxury suites. Since its grand opening in 2001, the stadium has been hosting a number of sports activities, festivals and historical political conventions. However it is best known for being the home to NFL franchise Denver Broncos Football Club. 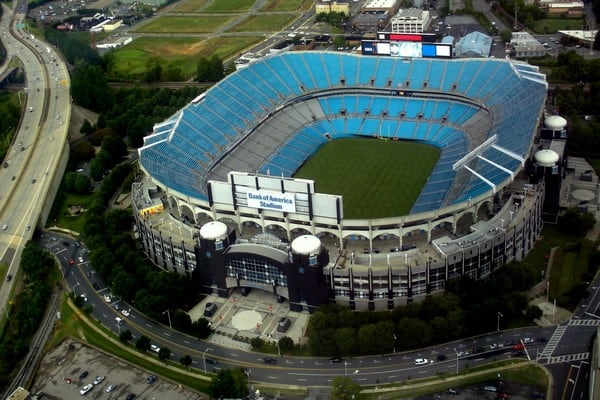 Located in uptown Charlotte, Bank of America Stadium was opened in 1996. The 73,778-seated, privately-financed, open-air, natural grass stadium is designed as a self-contained headquarters for the Carolina Panthers. Apart from them main playing pitch it also includes training facilities, practice fields and administrative offices. A renovation plan of the stadium has just completed loading it with the latest facilities like Wi-Fi and digital menu boards. 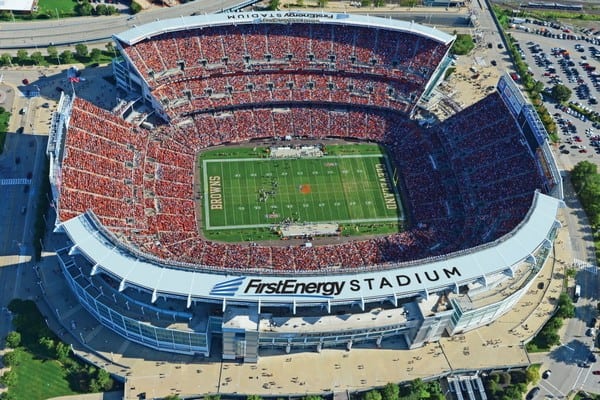