Top 10 Most Expensive Sports Cars in the World

Sports cars are the high performance super-cars that are specially designed for spirited performance and quick handling. What makes a sports car more expensive? It is its high performance, superpower engine, low consumption of fuel, ultra-speed and control and elegant design too. Below are the top 10 most expensive sports cars in the world. Their attractive designs, high performance, ecosystem friendly engine so many other striking features make them millions dollars cars. 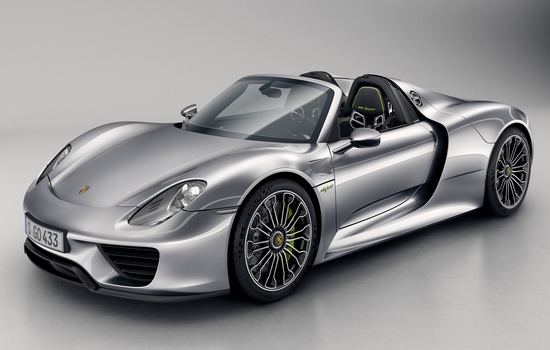 At the top of the list of most expensive sports cars in the world is 2015 Porsche 918 Spyder. It is a mid-engined plug-in hybrid super-car. To reduce fuel consumption and CO2 emissions the 918 uses a combination of a compact and potent 4.6-liter V-8 engine rated at 608 horsepower. The engine also equipped with a hybrid electric drive system that brings total output to 887 horsepower and 940 pound-feet of torque. If we talk about the speed of 918 it is the fastest car with a top speed of around 340 km/h (230 mph). a new elegant look and other features makes 918 Spyder most expensive sports car in the world. 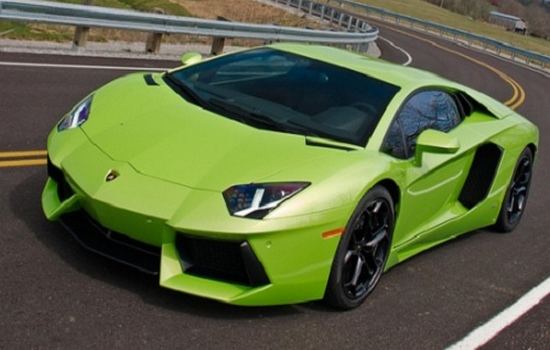 The Lamborghini Aventador is a mid-engined sports car producer by Automobili Lamborghini. It is the 2nd most expensive sports car in the world after Porsche 918 Spyder. The machine is powered by a 6.5-liter V-12 engine rates 691 horsepower. The acceleration time is 0-60 mph in less than 3.0 seconds, and a top speed claimed at 217 mph. 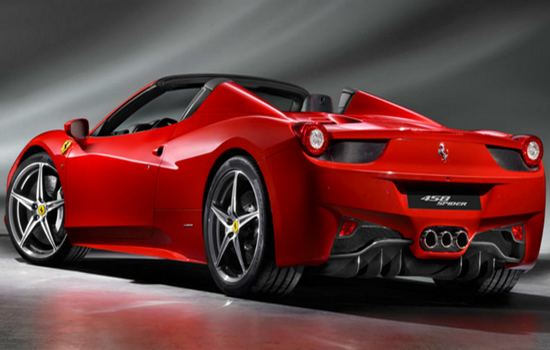 Ferrari F12 Berlinetta is more expensive and more powerful sports car than any road-going member of the Prancing House’s lineup. It is a mid-front-engined machine. The F12berlinetta habits a naturally-aspirated 6.3-liter V12 engine that churns out 730 horsepower and 509 lb-ft. of torque. The engine is linked to a seven-speed dual-clutch gearbox.  The acceleration time is 3.1 seconds from zero to 60 mph, from zero to 124 mph in 8.5 seconds. The vehicle runs at a top speed of 211 mph. 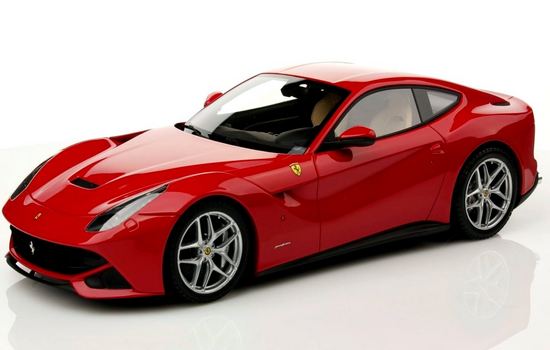 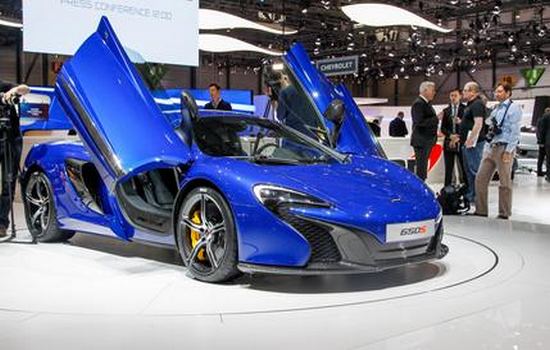 McLaren 650S is a supercar that is launched to compete with Ferrari, Lamborghini, and Porsche at the top of the supercar league. On price table it is at No 5 position in 10 expensive sports cars. McLaren 650S is a sample of uncompromised design and innovative engineering. The heart of the car is the 650-ps (641-hp) 3.8-liter twin-turbo V-8. Mated to a seven-speed dual-clutch automatic, the 650S can hit 60 mph in less than 3 seconds. The 650S has a claimed top speed of 207 mph (333 km/h). 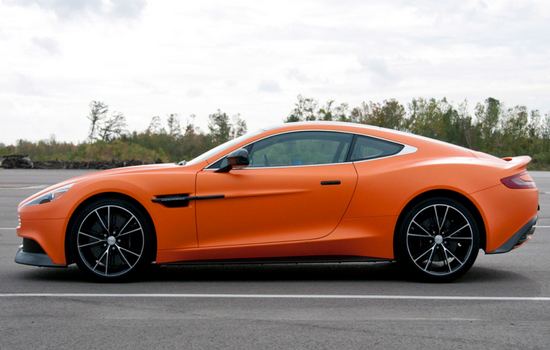 Next in the list of most expensive sports cars in the world we have Aston Martin Vanquish. It is a high performance sports car with a sexy look. The new 5.9 liter V-12 sits lower and lighter, churning more power while claiming greater fuel efficiency. Aston claims that 60 mph arrives in 4.1 seconds, and that the Vanquish tops out at 183 mph. 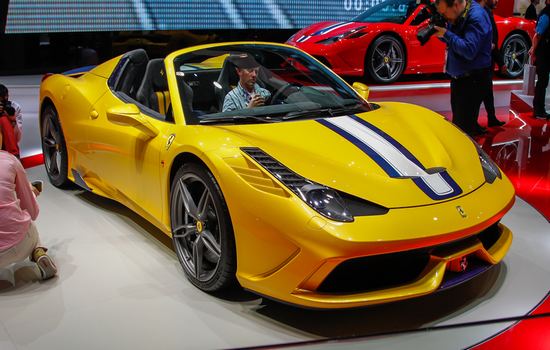 Ferrari’s 458 Spider is another expensive sports car in our list of most expensive sports cars. The machine is powered by a 4.499cc V8 engine “Ferrari/Maserati” F136 engine family. The car’s price is about $295,494. The acceleration time as Ferrari’s officials claimed is 0-100km/h within 3.4 seconds and top speed is 202mph (325km/h). 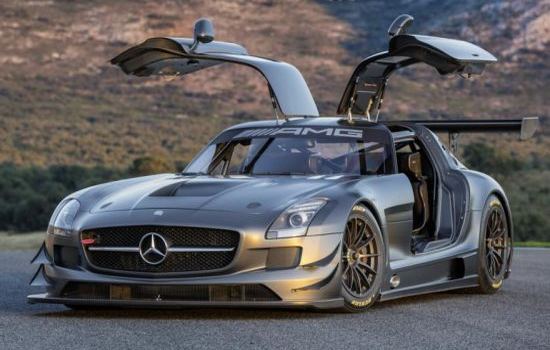 The masterpiece of Mercedes-Benz the Mercedes-Benz SLS AMG is another expensive sports vehicle in our list of most expensive sports cars. The new SLS Black Series has some modified features of GT3 version. But it is much lighter than the GT3 version. In power sector there is also improvements. A 622-horsepowerV-8 engine is installed to improve the performance of machine. It takes just 0.2 seconds to get a speed of 0-to-60 mph and top speed is now 195 mph. 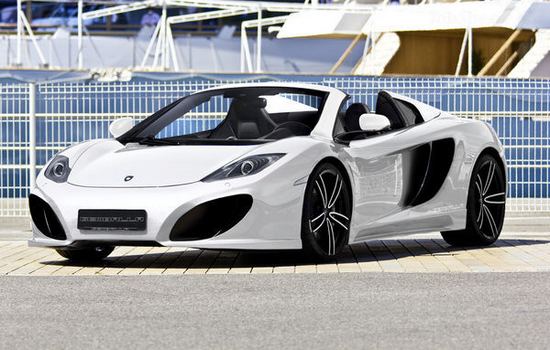 The McLaren MP4-12C is a supercar designed and manufactured by McLaren Automobile. Its estimated price is about $231,400 and it is at no 9 in our list of most expensive sports cars. What is unique in McLaren 12 C.? The car is powered by a mid-mounted McLaren M838T 3.8-litre V8, twin-turbo engine. McLaren climbs the zero-to-60 mph sprint takes a scant 3.1 seconds, while the quarter-mile is dispatched in 10.6 seconds. 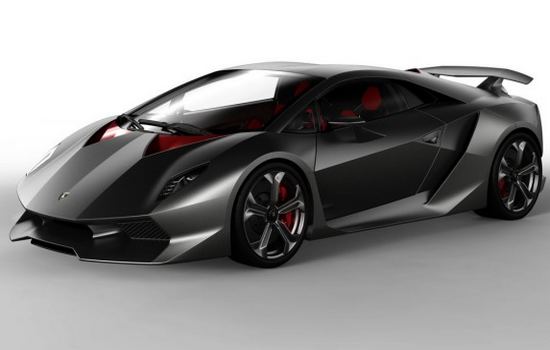 The new Gallardo is a combination of aggressive and muscular sportiness of the shape with the elegance. It comes at No 10 position in our list of most expensive sports cars in the world.  This new supercar is based on the Gallardo Super Trofeo racecar, and, according to the Italian maker, it “brings race track emotion directly to the road.” The average price of the car is about $216,962.