Pakistani all-rounder Shahid Afridi announces retirement from ODI format. Better known as BOOM BOOM Afridi has said that he will quit ODI cricket after the 2015 World Cup. However the all-rounder will continue to play T20 cricket, the format in which he leads Pakistan. He wants to win the 2016 World T20 in India before quitting all international cricket. 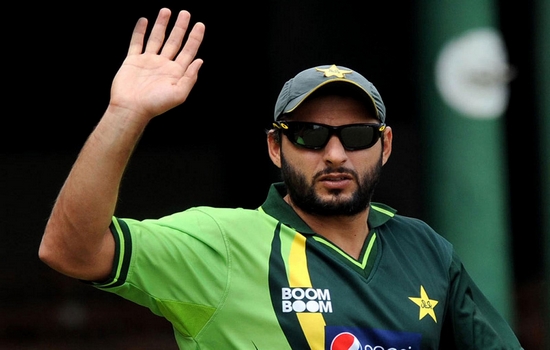 Shahid Khan Afridi made his ODI debut in 1996 against Kenya in Nairobi at the age of 16. In only his second ODI he smashed the fastest century in the history of the game, a record which remained unbroken until 2014.

The former Pakistan captain has taken 391 wickets at an average of 33.89. He has also scored 7,870 runs in 389 matches at an average of 23.49 and a strike-rate of 116.29. Known for his aggressive batting holds the record for hitting most sixes in One Day International matches 342 to be very precise . He already has quit the test cricket back in 2010.