Overview of Cristiano Ronaldo Awards and Achievements in 2014

In 2014 Cristiano Ronaldo gathered so many awards for him and for his team Real Madrid. Probably this is one of the best years in his whole career. The whole year fetched tremendous successes and achievements for Real Madrid striker. The year is full of achievements and successes both in and out the field. He won many awards and title individually and for his team in 2014; including FIFA Ballon D’Or 2013, European Golden Boot and best player of the year. He also play vital role in the success of his team Real Madrid to get the titles of UEFA Champions League, UEFA Super Cup and The Club World Cup. He is also short listed to final three for FIFA Ballon D’Or 2014 and he is strong candidate for the title. Here is the overview of Cristiano Ronaldo Awards in 2014. Let’s check out the Cristiano Ronaldo Awards shelf in 2014. 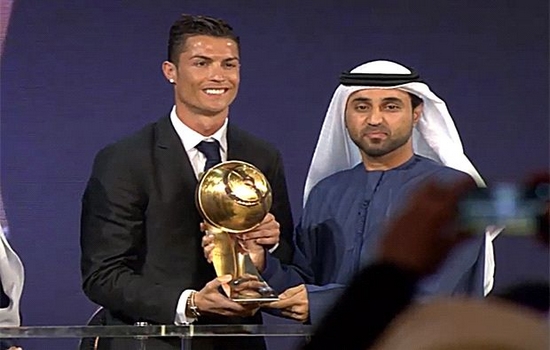 At the end of 2014 Cristiano Ronaldo closed memorable year by winning the best player of 2014 accolade at the Globe Soccer Awards in Dubai on Monday 29 December 2014. 2014 was a memorable year for Real Madrid’s striker as he broke the record for most goals in a single Champions leagues. He also play core role in Madrid’s 10th La Liga title. This year he also achieved another milestone of 200 goals in just 178 games, faster than any other player in La Liga history. 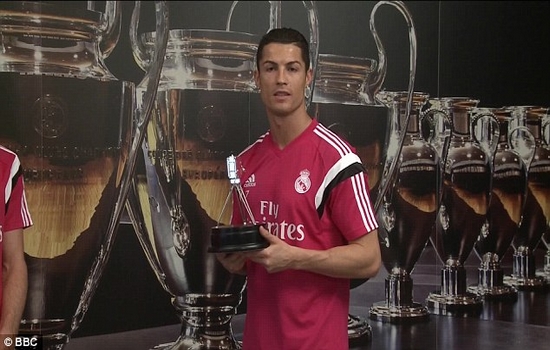 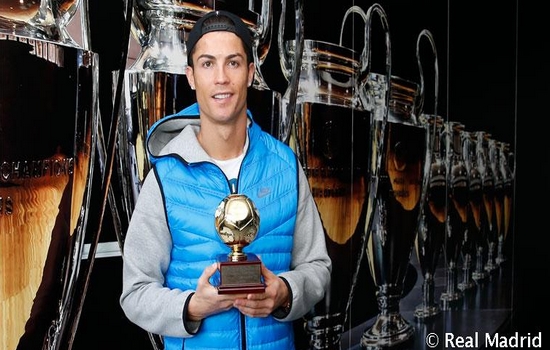 On 4th December 2014 the Real Madrid forward received the “The World’s Top Goal scorer 2013″, awarded by the International Federation of Football History and Statistics (IFFHS). The award is presented to Cristiano Ronaldo for his 25 goals in European competitions for club and country.
Precisely, Ronaldo scored 15 goals for Real Madrid in the Champions League and 10 for Portugal during 2013. Taking all competitions into account, he scored 69 goals for country and club in 2013. 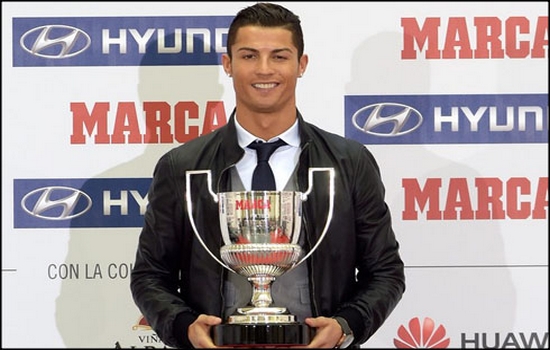 The award is named after the famous Athletic Bilbao player, Rafael Moreno “Pichichi”.and is awarded to the top goal scorer of each league session. Cristiano is awarded by this award for his 31 goals in La Liga by Marca. 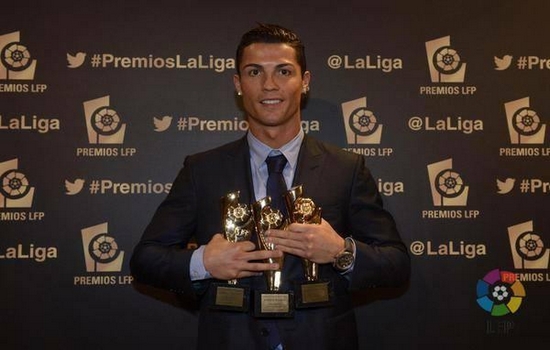 On 27th October 2014, Cristiano Ronaldo claimed a hat trick of honors after being named La Liga’s 2013-14 Player of the Year at the LFP awards on Monday. He is crowned with Best Player, Best Forward and Best Individual Goal awards for La Liga for his 31 goals in just 30 matches in Spanish league. 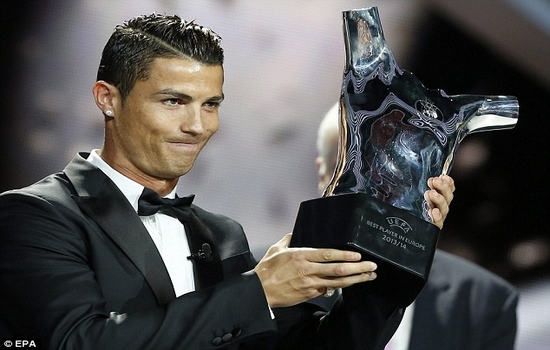 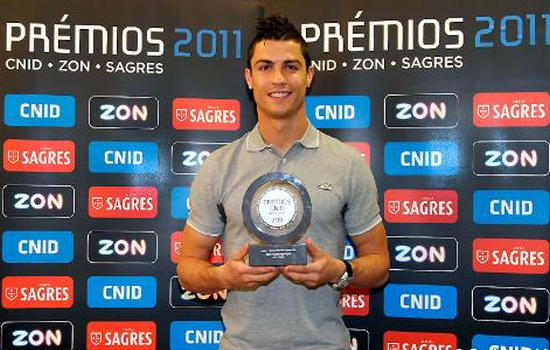 Another award picked up by Cristiano Ronaldo is European Golden Boot, 3rd time in his career, but this time not in English Premier League. Cristiano Ronaldo awarded with European Golden Boot; an award presented to top goal scorer in European Leagues. He got this award for his 31 goals in La Lega. He is the only player to have won the trophy in two different leagues, with Manchester United in the EPL and with Real Madrid in the Spanish La Liga. 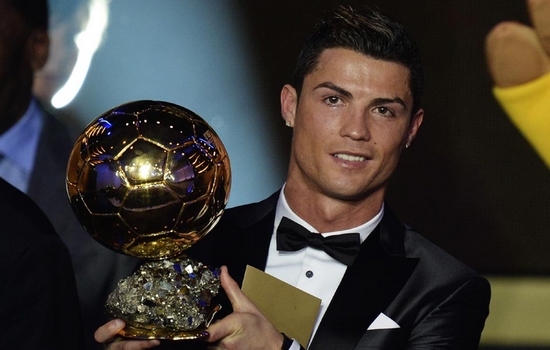 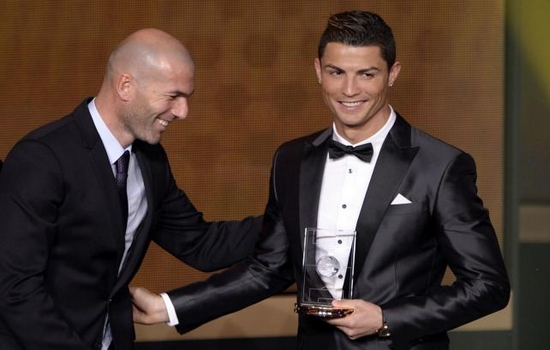 Great-Officer of the Order of Infante Dom Henrique 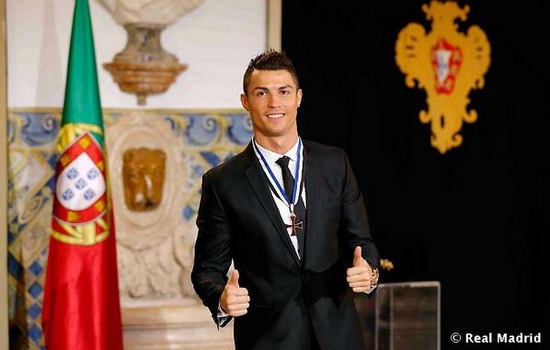 This year Cristiano Ronaldo also received the Order of Prince Henry the Navigator at Portugal, from the hand of Portuguese President Anibal Cavaco Silva.

Apart from individual awards Cristiano Ronaldo also play key role in the victories of his club Real Madrid this year. 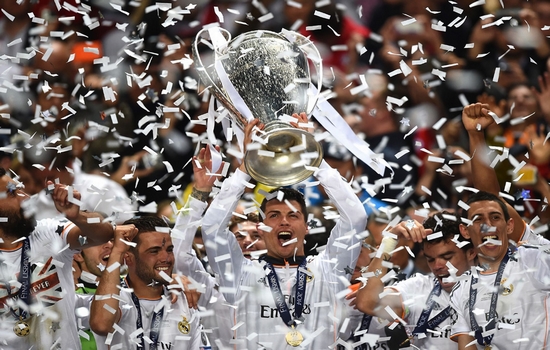 Real Madrid won the 2014 UEFA Champions League final on 24 May 2014, by beating the Atletico by 4-1 and collected the title 10th time. Ronaldo played vital role in the success of club. 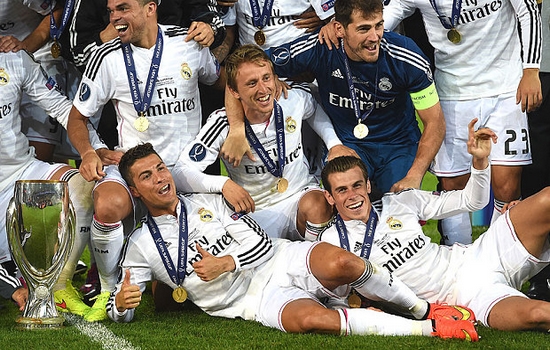 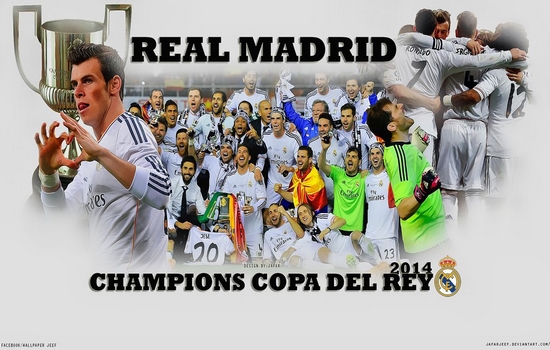 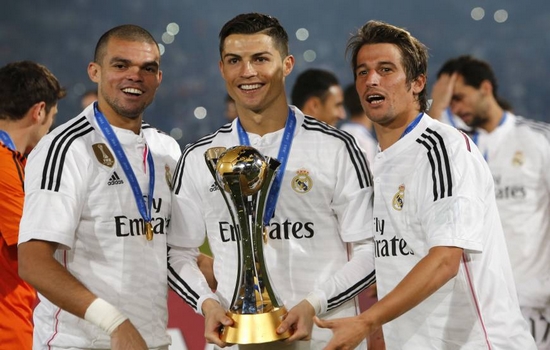 Finally, at the end of the year 2014, the journey of successes is in progress, so another title is clinched by Ronaldo and companions. Real Madrid won their first FIFA Club World Cup after defeating San Lorenzo in the final on 20 December 2014.