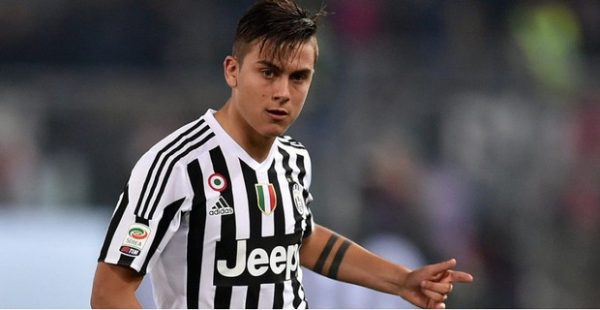 Transfer News: Dybala Responds to Rumors Joining Madrid. The Argentine does not seem eager to leave Juventus. Paulo Dybala is destined to be one of the big names in the summer. The Argentine can boast of having one of the biggest progressions European football last season, it has closed the Serie A champion and with a background of 19 goals. So there are many rumors that relate to clubs like Real Madrid, although he prefers to take them calmly.

Eduardo Inda journalist on Monday put on the table the interest of all white at the end, but the information does not seem to have worried too much to the player and his club, Juventus. In fact, the Italian newspaper ‘Tuttosport’ says on its front page on Wednesday that the Dybala himself has chosen to give ‘pumpkins’ Real Madrid. “The Argentine confirms: Marotta does not want to sell and I want to stay” newspaper headlines quoting words transalpine player himself.

In addition, this medium also suggests that the merengue offer could be between 70 and 80 million euros, an amount that would double what they paid the ‘ Vecchia Signora ‘ to Palermo last season to complete his move. However, in Turin would not too excited about this proposal and they would have conveyed their intention not to transfer to the front, since it is likely to be forced to do without Morata to the merengue interest in repescarle. In the club they want to continue to aspire to lift the Champions short term, so they are aware that both output would be a blow and diminish the quality of its workforce.