The Ultimate Fighting Championship is an American mixed martial arts promotion company UFC has been sold to WMG-IMG for a price tag of $4 billion. 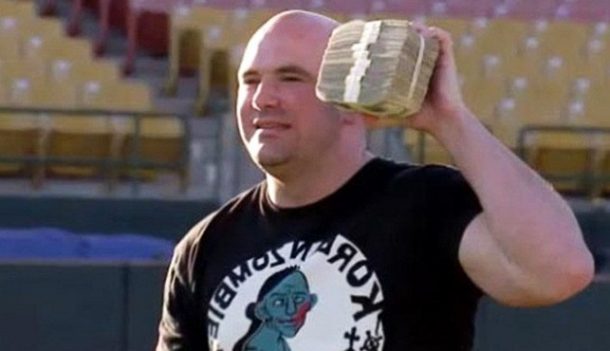 WME-IMG announced the purchase of the mixed martial arts organization Monday. WWE-IMG will serve as the organization’s operating partner and will be joined by Silver Lake Partners and KKR as strategic investors. MSD Capital, L.P. and MSD Partners, L.P. will provide preferred equity financing.

UFC CEO Lorenzo Fertitta is reportedly expected to step down as chairman following a transitional period, after which he and his brother, Frank Fertitta, will remain on as minority owners. Dana White will remain the president and will also hold a minority stake, according to the report.

“We’ve been fortunate over the years to represent UFC and a number of its remarkable athletes,” said WME | IMG Co-CEOs Ariel Emanuel and Patrick Whitesell in a statement. “It’s been exciting to watch the organization’s incredible growth over the last decade under the leadership of the Fertitta brothers, Dana White and their dedicated team. We’re now committed to pursuing new opportunities for UFC and its talented athletes to ensure the sport’s continued growth and success on a global scale.”

Lorenzo J. Fertitta, Chairman and CEO, UFC, said in the statement: “We’re confident that the new ownership team of WME | IMG, with whom we’ve built a strong relationship over the last several years, is committed to accelerating UFC’s global growth. Most importantly, our new owners share the same vision and passion for this organization and its athletes.”

White told the Los Angeles Times his new role will be as “president, owner and day-to-day [promoter].”

The Ferttita brothers purchased the UFC for $2 million in 2001. A $4 billion price tag would stand as the largest franchise sale in sports history.

“No other sport compares to UFC,” said White in the statement. “Our goal has always been to put on the biggest and the best fights for our fans, and to make this the biggest sport in the world. I’m looking forward to working with WME | IMG to continue to take this sport to the next level.”

According to ESPN the Flash Entertainment will keep its 10 percent ownership.