The Most Violent Sports in the World Top Five

The most violent sports in the world is an article that exposes the darker side of humanity.  The purpose of sports is to create tolerance, patient and acceptance the opponent. Sports are signs of peace and sophistication. They also create sportsmanship, team work and corporation in human societies. Sports are sign of civilization and they are symbols of superiority of man over other animals. But these are certain sports in the world that exhibit the brutality, cruelty and barbarism of “the king of creation”.

The element of violence in sports cannot be ignored because many athletes cannot control their emotions and anger and become a part of violence. But this is athlete’s fault not sport’s fault.  This article is about those violent sports that are violent by nature. Where blood and injuries are not accidental but these are means to score points on opponents.  As knuckles crumple noses and heads split open, blood arcs across the ground all are the part of these violent sports. 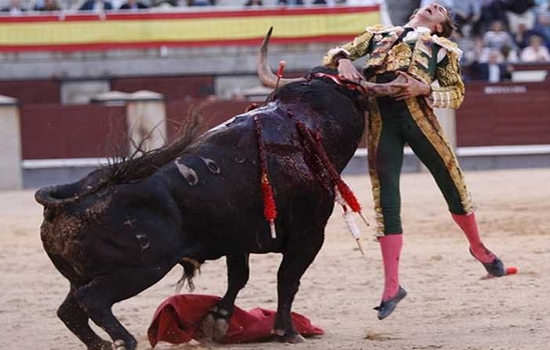 Bullfighting is perhaps most violent sport that shows the human cruelty and barbarism against other species. It is as popular in Spain as baseball in US. Apart from Spain it is also played in France, Portugal, Colombia, Venezuela, Peru, Ecuador, and Mexico. Bullfighting is not an entertainment but it is cruelty. Every year, approximately 250,000 bulls are killed in bullfights. The animals are stabbed multiple times before suffering slow, agonizing deaths in front of an audience, including children. So, bullfighting rated no 1 position in our list of most violent sports in the world. 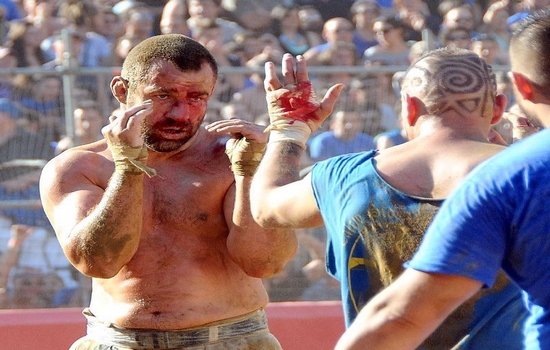 Calco Storio is one of the most violent sports in the world. It is a mixture of rugby, soccer, American football, boxing, MMA and Greco Roman wrestling.  Calcio Storico happens once a year in Florence, Italy. The 600-year-old sport is probably the most violent game you’ll ever see.

Calcio storico was originally devised in the 16th century by aristocratic noblemen to settle disputes. It passed out for a couple of centuries before enjoying a renaissance in the 1930s. It has been played annually ever since at this beautiful piazza, in the shadow of the Basilica of Santa Croce – the largest Franciscan church in the world.

In 50 minutes game the key aim of calcio storico is to score a goal, and then to score more than your opponent. Players can kick, punch, head-butt and elbow each other. The aim is to pin your opponents down to the ground and keep them there for the whole match so your team-mates can score. Or it is to hurt them so much that they have to leave the field and not return. Substitutes are not permitted, so the stronger team is the one that outnumbers and suppresses its opponents. 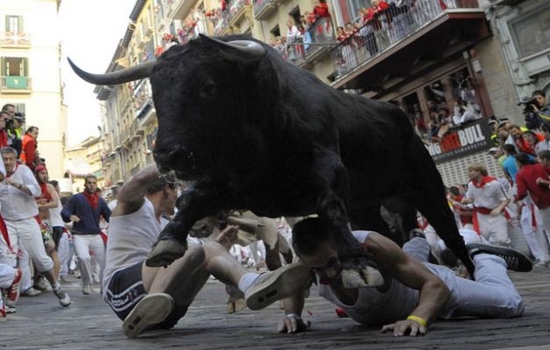 The Running of the Bulls is one of the most violent and brutal sports in the world. It is a practice that involves running in front of a small group of bulls that have been let loose on a course of a sectioned-off subset of a town’s streets. The most famous running of the bulls is that of the eight-day festival of Sanfermines in honor of Saint Fermin in Pamplona. In the event, the poor tortured and bleeding animals have been set on fire as they’re running down the street being chased by crazed masses of “brave people.” Shame on all who participate in this “sport” – including the spectators who are willing to pay to see this kind of sick violence! Running of bulls is another example of human cruelty against other innocent species. 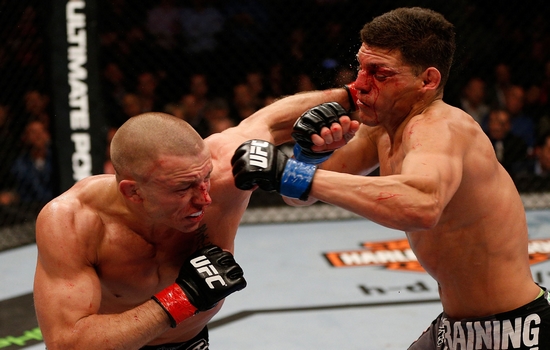 Mixed Martial Art is also a violent sport. What makes MMA a brutal and violent sport?  The point of the sport is literally to hurt your opponent… many sports are brutal hockey and rugby, but in hockey you are covered in protective gear and, rugby, you are not trying to hurt your opponent and like most other sports if you become too tired or hurt you may switch out with another player, whereas MMA you either stay in or lose. 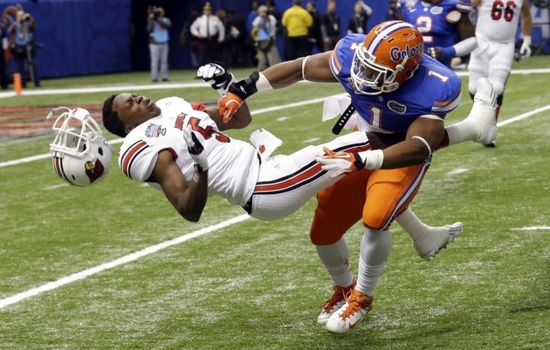 American football is very violent sport because People are getting tackled constantly. The evolution of American football has seen technologically advanced padding which professional football players have in turn used to their advantage in using themselves as weapons. No other game is full contact with “pads.” And padding makes the game much more fast, and violent.