The Controversies of the Video Assistant Referees (VARs)

The world of football has once again being sent into another huge debate as to the effectiveness of the Video Assistant Referee (VAR) as many have shown concerns with it in the ongoing FIFA Confederations Cup. With 3 games down the line in the ongoing FIFA Confederations Cup in Russia, the Video Assistant Referee is in the headlines and the main news item in Russia. On Sunday 18 June 2017 in the game involving Portugal and Mexico, the video assistant referee disallowed a goal scored by Pepe in the 21st minute. Later the same evening in another game between Chile and Argentina, saw the video assistant referee disallowing a goal from Eduardo Vargas and on a different occasion also allowing a disallowed goal by Eduardo Vargas. The video assistant referee is making the headlines in the confederations taking into consideration how late it calls are made. 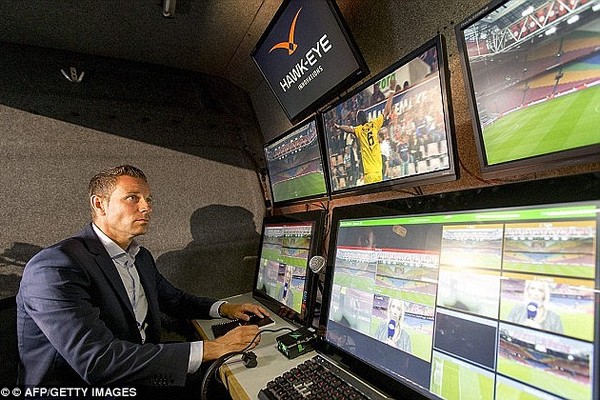 FIFA has being under immense pressure to perfect the decisions of its referees​ due to some destiny changing errors made at the international level. Few are those who will forget the hand of God by Maradona, Lampard’s strike against Germany, Suarez’s hand ball against Ghana and but a few at the World Cup. Controversial goals and offsides was also of a grave concern to FIFA.

The main roles and duties of the video assistant referee is as explained below.

The video footage is reviewed by the Video Assistant Referee who advise the referee via headset with what the video shows.

The referee accepts the information from the Video Assistant Referee and takes the appreciate action/decision.

The video assistant referee after testing in FIFA youth championships, the world football organizing body decided to take a huge step with the VAR by testing it in the FIFA Confederations Cup in Russia. The use of the VRA at its first major tournament have swayed divided opinions in world of football.

Legends, pundits and former referees have commented their displeasure with how slow the video assistant referee makes its decision and the time that it wastes during the review. Some school of thought also suggests ​that, the controversies also contributes ​to interesting nature of the beautiful old game.  Another unfortunate event is when players finish their celebration of a goal only to be told that the video assistant referee has disallowed it and very soon every goal scored would have to be confirmed by the VAR before celebration.

‹ Who is the Real Mother of Cristiano Ronaldo Jr. › Tax Fraud Allegations on Ronaldo and the Impact on Real Madrid