Tax Fraud Allegations on Ronaldo and the Impact on Real Madrid

The world of football was in a surprise when the Spanish public prosecutor’s​ office announced that Real Madrid star Cristiano Ronaldo have defrauded​ the Spanish government by £13 million in tax fraud. This news came as a shock to the world of football as the main opponent of Ronaldo, Lionel Messi was in similar challenges​ and all pundits thought that if any player will face tax fraud, it will not be Cristiano Ronaldo.

Ronaldo is said to have under declared image rights​ and tax that was due the Spanish government. This allegations according to Cristiano Ronaldo is a persecution which is not in good faith and is being treated unfairly by the Spanish government. The shocking news was that Ronaldo have decided to leave Real Madrid because the club have not supported him in the allegations. 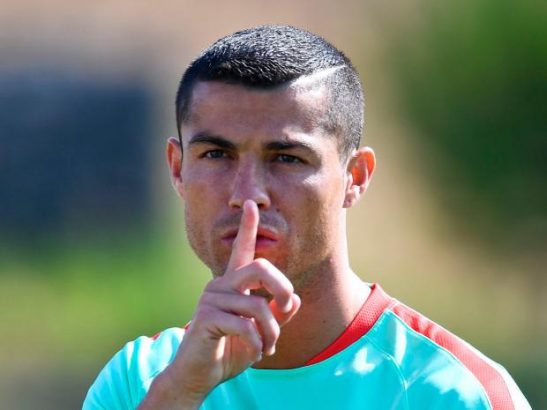 In this article, SportsGoogly will assess Cristiano Ronaldo’s performance at Real Madrid for 8 years since he joined the club and the impact on Real Madrid if the FIFA Best Player leaves the club.

Currently Ronaldo is the second all time top scorer in the La Liga with 285 goals in 265 appearances all in just 8 years. The goals breakdown per season.

Records of Ronaldo’s attacking supremacy are;
•   Most hat-tricks of all time in La Liga history 32 hat-tricks.

5. All time​ top scorer for Real Madrid in the champions league: 90 goals.

6. All time top scorer for Real Madrid in both the UEFA super cup (2 goals) and the FIFA club world cup (4 goals).

7. Most goals scored for Real Madrid in a single season: 61 goals

8. Most goals scored for Real Madrid in the la liga for a single season: 48 goals.

9. Most goals scored for Real Madrid in the champions league for a single season: 17 goals.

10. Most goals scored in group stages of the champions league for Real Madrid in a single season: 11 goals.

11. Most goals scored in the knockout stages of the champions league for Real Madrid in a single season: 10 goals.

In conclusion, Cristiano Ronaldo is the only player in the La Liga who have scored more than 200 goals with a scoring accuracy of over 100%. No player in the Spanish La liga have achieved that success. Ronaldo have also won 11 trophies in just 8 years with Real Madrid.

No player on earth can fill the gap that Cristiano Ronaldo will leave behind if he part ways with Real Madrid. Since 2009 that Ronaldo joined Real Madrid, the competitive spirit for Real Madrid in challenging for trophies have been high and the Barcelona was cut off. Many are suggesting that the likes of Eden Hazard, Neymar and Aubameyang etc can replace Ronaldo very well which I stand to disagree because no player can achieve such successes with Real Madrid by breaking into records of Raul, Di Stefano​, Puskas and Santillana.

I suggest that Real Madrid must support Ronaldo in the tax fraud allegations and pay the amount due on behalf of Ronaldo to keep the tyrant at Real Madrid. If Ronaldo exits Real Madrid it will take more than £13 million to fill the gap he will leave behind. Real Madrid must keep Cristiano Ronaldo at all cost to safeguard the competitive spirit.