The year 2014 was the phenomenal year for football players and fans. This was the FIFA world cup year. So, football fans and lovers have enjoyed thrilling matches of the biggest single event sporting competition. The FIFA World Cup 2014 has ended with the dominance of Germany. On the other hand different football leagues are on their full swing. Many star players remained in full action throughout the year. As the year 2014 is near to the end so, it might be interesting to look back on the year and see which player scored the most goals in all competitions for club and country. As expected two familiar names Cristiano Ronaldo and Lionel Messi are at top position in the list. They have topped this list in each of the last 5 years. 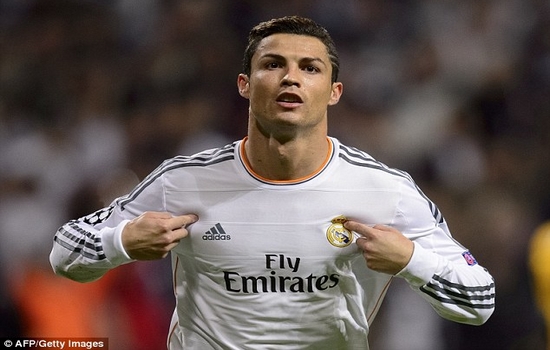 Cristiano Ronaldo, for the second consecutive year, will finish as the leading goal scorer with his 61 goals. He is the first European player ever to score 60 or more goals in four consecutive years. 2014 is one of the magical years for Cristiano Ronaldo; he won 4 titles and 7 individual awards in this year and most favorite candidate for Ballon d’Or 2014 award.

Leo Messi a little behind the Cristiano Ronaldo in this goal race with 58 goals this year. He scored 50 goals for his club Barcelona and 8 goals for his country Argentina and led Argentina to World Cup final.  2014 is also a phenomenal year for Mess; as he became the highest goal scorer in La Liga and UEFA Champions League.  Neymar Jr. is the player who scored most goals for his country in 2014. He scored 15 goals for Brazil this year. On second spot is German striker Thomas Muller with 10 goals. Here is full list of top goal scorers in 2014.