The leading individual awards in association football were the Ballon d’Or and the FIFA World Player of the Year award. The original Ballon d’Or, also known as the European Footballer of the Year award, had been awarded by the French Football Magazine since 1956. European sports journalists invited by France Football Magazine selected the recipients from among European or Europe based players. The FIFA World Player of the Year award, presented by the governing body FIFA from 1991, was international in scope. Winners were chosen by the national team coaches and captains under FIFA’s jurisdiction.

From 2005, the winners of the Ballon d’Or and FIFA World Player of the Year award were identical each year. Following the introduction of a global Ballon d’Or format in 2007, French Football magazine and FIFA opted to merge the two awards. The creation of the FIFA Ballon d’Or was subsequently announced during the FIFA World Cup held in South Africa in 2010. The inaugural award was presented that same year to the Argentine Lionel Messi. For historical purposes, both organisations regard the FIFA Ballon d’Or as a continuation of their respective former awards. The FIFA World Player of the Year award continues as a women’s-only award.

This year FIFA president Gianni Infantino annouced that FIFA wants to split the World Best Player of the Year from the Ballon d’Or. This means that after the 2016 FIFA Ballon d’Or awards, the French Magazine is going to take charge of the Ballon d’Or and FIFA will also continue to organise their well known World Footballer of Year awards.

In this article SportsGoogly is coming to preview the four players that are likely to be nominated into the top three for the FIFA Ballon d’Or awards. Will it be Luis Suárez, Cristiano Ronaldo, Antoine Griezmann or Lionel Messi. 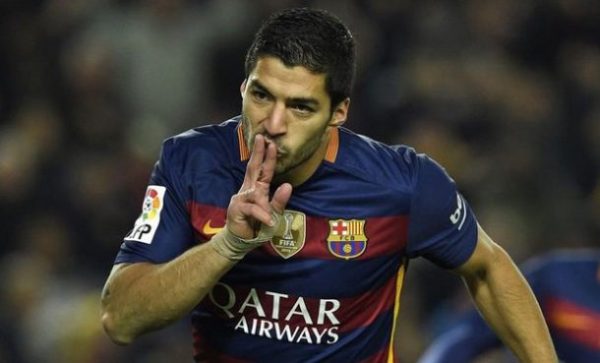 Luis Alberto Suárez Díaz was born on 24 January 1987 in Salto, Uruguay. Suárez moved with his family to Montevideo when he was seven,  In Montevideo, Suárez developed his football skills on the streets, while also taking up work as a street sweeper. The contrast between his life in Europe and the poverty he left behind has been cited as contributing to his periodic aggression on the field, as well as being a possible explanation for the more forgiving attitudes of the Uruguayan public and press towards such cases, compared to Europe.

Suarez have played for a lot of clubs and that are

Suarez have made a total of 463 appearances for his various club sides with 311 goals as a striker.

In the year 2016 currently on going, Suarez is one the best players in the world who have impressed the world with their performances.

In total Suarez made 48 appearances and scored 53 goals in the La Liga, Copa Del Ray and champions league.

Cristiano Ronaldo dos Santos Aveiro was born on  5 February 1985 in Madeira, Portugal. He is a winger for Real Madrid and Portugal. Ronaldo is the youngest child of Maria Dolores dos Santos Aveiro, a cook, and José Dinis Aveiro, a municipal gardener. His second given name, “Ronaldo”, was chosen after then-U.S. president Ronald Reagan, who was his father’s favourite actor. Cristiano Ronaldo is a three times Ballon d’Or winner is arguably the best player on earth right now. The football super star started his career from Andorinha in Portugal and have played for many football clubs.

Here is the breakdown of his blossom career;

As usual with Cristiano Ronaldo from 2009 he have being always impressing the world with his top form. The consistence in his performance in the last 9 years have being a surprise to football pundits. Since 2007, Ronaldo have always played in amazing top form. The 2016 calendar year have not ended but Ronaldo’s performance is already linking him to win the 2016 FIFA Ballon d’Or. Ronaldo have already won the UEFA best player in Europe 2016.

Here are Ronaldo’s statistics for the year under review.

International Games: In 2016 Ronaldo played 10 games for Portugal and scored 6 goals which is 60% scoring accuracy.

In total Ronaldo made 48 appearances and scored 51 goals representing 106% scoring accuracy in the La liga and champions league only. 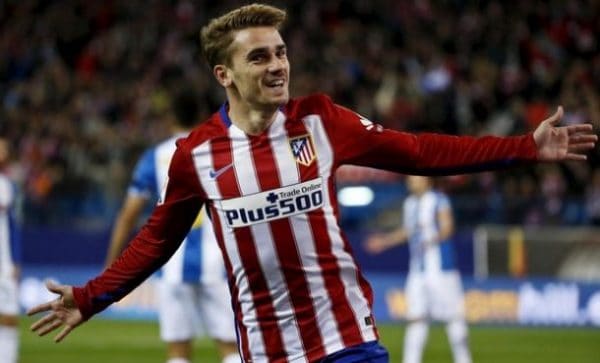 Antoine Griezmann was born on 21 March 1991 in Macon, France. A quick, modern, and versatile left-footed forward, with an eye for goal, Griezmann has been described as a “team player”, and is capable of occupying several offensive positions in or behind the main attacking line, due to his technical skills, ability to drop deep and link-up play between the forwards and midfielders, or score many goals with both feet as well as his head: he has been deployed as a main striker, in a central role as an attacking midfielder, or as a winger, on either flank.

In addition to his ability to both score and create goals, he has also been praised for his work rate, attacking movement, positional sense, and ability to interpret the game, which, combined with his pace, mobility and energy, enables him to make effective attacking runs to beat the defensive line. He is also accurate from penalties and set-pieces.
Griezmann have played for only two clubs since he turned professional and this is a breakdown of his career statistics.

Griezmann’s performances have being at consistent for the last two years which lead his team to the champions league final. The world got a better look of him during the Euro 2016. The advantage for Griezmann in 2016 was that, he made it to the Champions league final and also made it to the Euro 2016 finals to which he lost both to Cristiano Ronaldo’s side. This is the first time Griezmann will be challenging for the FIFA Ballon d’Or award.

This is Griezmann’s statistics for the year under review,

International Games: In 2016 Griezmann have played 12 games for France scoring 7 goals which is 58% scoring accuracy.

In all Griezmann made 54 appearances for Atletico Madrid and scored 32 goals representing 59% of scoring accuracy in the La Liga, Copa Del Ray and the Champions league. 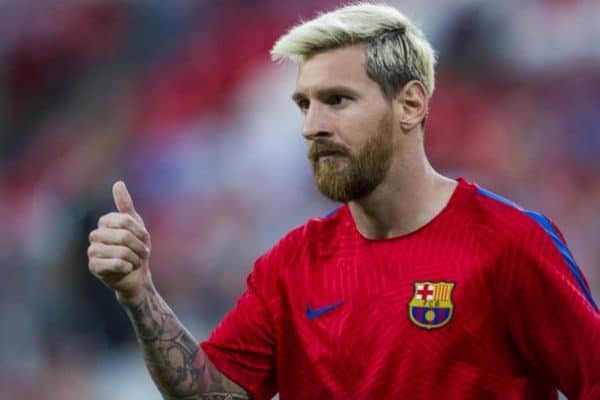 Lionel Messi was born on 24 June 1987 in Rosario, Argentina. A prolific goalscorer, Messi is known for his finishing, positioning, quick reactions, and ability to make attacking runs to beat the defensive line. He also functions in a play-making role, courtesy of his vision and precise passing, and is an accurate free kick and penalty kick taker. His pace and technical ability enable him to undertake individual dribbling runs towards goal, in particular during counterattacks, usually starting from the halfway line or the right side of the pitch. Widely considered to be the best dribbler in the world, and one of the greatest of all time, with regard to this ability.  Arguably Messi is the best player in the world. The debate of who is the best player in the world is between him and Cristiano Ronaldo.

This is Messi statistics for the year under review,

In all Lionel Messi made 45 appearances and scored 37 goals for Barcelona representing 82% scoring accuracy in the La Liga, Copa Del Ray and Champions League

Who to you think will win the last FIFA Ballon d’Or award.Will it be Luis Suarez, Cristiano Ronaldo, Antoine Griezmann and Lionel Messi. Take your votes now and add your additional comments to it.