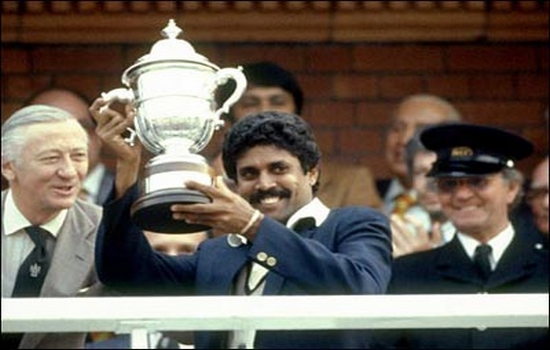 The first three editions of world cup (1975, 1979 and 1983) were held in England. These world cups were better known as Prudential Cups after the sponsors Prudential plc.  Prudential plc a UK-based financial services company designed the trophy. Similar trophies were lifted by Clive Lloyd in 1975 and 1979 and by Kapil Dev in 1983. In 2008 on their silver jubilee of world cup win, India is re-awarded the Prudential Cup trophy. 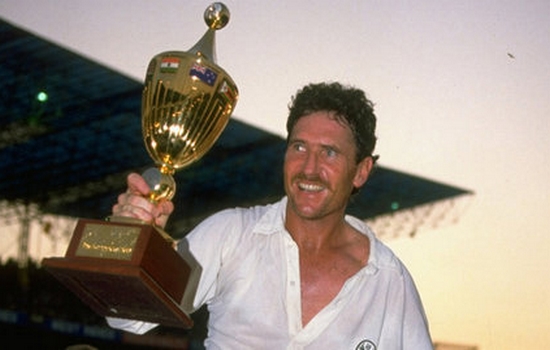 The 4th edition of ICC cricket world cup was hosted by Indian subcontinent. The tournament was named the Reliance World cup after the name of Indian sponsors. Allan Border of Australia lifted the trophy in 1987. 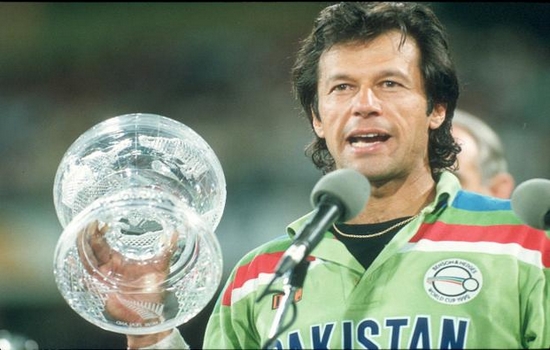 In 1992 the world cup moved to continent Australia. Australia and New Zealand collectively hosted the tournament. The world cup was sponsored by Benson and Hedges and the trophy was called Benson and Hedges Cup. It was made of crystal and remains the only trophy to have no metal at all. Before introduction of official ICC cricket world cup trophy, perhaps, it was the most dashing cup. Imran Khan lifted the trophy Melbourne cricket ground. 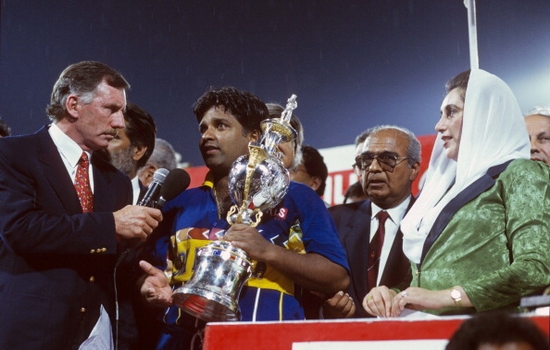 The 1996 world cup was again held in Indian subcontinent, India, Pakistan and Sri Lanka jointly featured the tournament. The trophy of that tournament too named on the name of sponsors. This time it is Wills and trophy was named Wills World Cup trophy. Sri Lanka went on to win their maiden championship by defeating Australia by seven wickets in the final held in Lahore. 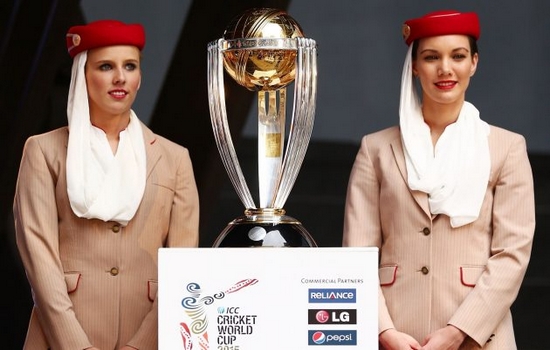 It took ICC a long 24 years period to introduce a unique, permanent trophy for the tournament which they intended to make it the prize for subsequent World Cups. It was first time introduced in 1999 world cup. Australia won the tournament by beating Pakistan in the final match. The ICC Cricket world cup trophy was crafted and designed by a team of craftsmen from London-based Garrard and Co (aka Crown Jewelers) who completed the job in two months.

The ICC Cricket world cup trophy is composed of silver and gold. It weighs 11 kg and stands 60 cm height. It was designed platonic dimensions so that one can recognize it from any angle. The most striking feature of the new trophy is a golden globe held up by three columns. The columns, shaped as stumps and balls, represent the three fundamental aspects of cricket—batting, bowling and fielding—while the globe characterizes a cricket ball. The name of the previous champions are engraves on the base of trophy.