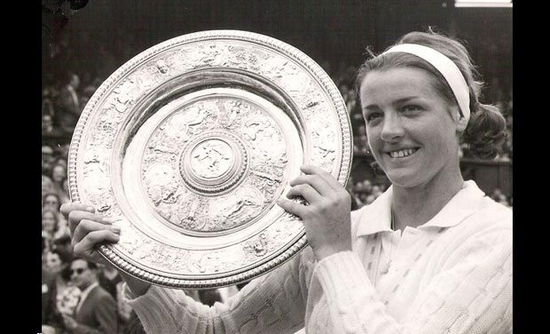 Margaret Court is a former World No. 1 professional tennis player. She is best known for her sporting career, in which she accumulated more Major titles than any other player in history. With 24 Grand Slam titles she is at top position in Top 10 Grand Slam Champions Women’s Singles.

In 1970, Court became the first woman during the open era to win the singles Grand Slam. Court won a record 24 of those titles during her career. She also won 19 women’s doubles and 21 mixed doubles titles, giving her a record 64 Major titles overall. She is the only woman to win the mixed doubles Grand Slam, and she did it twice. Court is the only one in all of tennis history to complete a multiple slam set in all three disciplines, Singles, Doubles and Mixed. 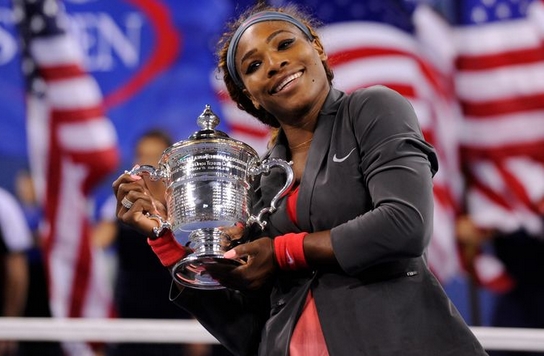 American professional tennis player, Serena Williams is currently ranked No. 1 in women’s singles tennis. Williams holds the most Major singles, doubles, and mixed doubles titles combined amongst active players, male or female. Her record of 39 Major titles puts her seventh on the all-time list: 23 in singles, 14 in women’s doubles, and 2 in mixed doubles. She is the most recent player, male or female, to have held all four Grand Slam singles titles simultaneously and only the fifth woman ever to do so. Williams has won four Olympic gold medals, one in women’s singles and three in women’s doubles, an all-time record shared with her sister Venus. Indeed she is the one of the most dominant female athlete of the modern era. 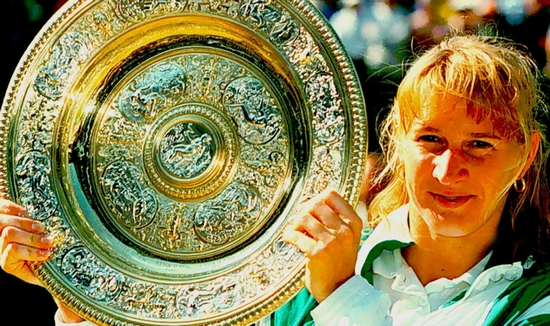 Steffi Graf is a former World No. 1 German tennis player. She is at no 2 in the list of Top 10 Grand Slam Champions Women’s Singles. She won 22 Grand Slam singles titles, second among male and female players only to Margaret Court’s 24. Her 22 singles titles mark the record for most Major wins by a tennis player since the introduction of the Open Era in 1968. She is the only player to win at least 4 singles titles at each Grand Slam. In 1988, she became the first and only tennis player to achieve the Calendar Year Golden Slam by winning all four Grand Slam singles titles and the Olympic gold medal in the same calendar year.Graf is regarded by many to be the greatest female tennis player of all time. She was ranked World No. 1 by the Women’s Tennis Association (WTA) for a record 377 total weeks—the longest period for which any player, male or female. 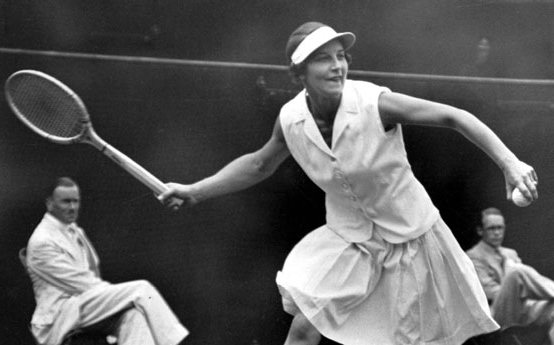 Helen Wills Moody was an American tennis player. She has been described as “the first American born woman to achieve international celebrity as an athlete”. Wills won 31 Grand Slam tournament titles (singles, women’s doubles, and mixed doubles) during her career, including seven singles titles at the U.S. Championships, eight singles titles at Wimbledon, and four singles titles at the French Championships. She never played at the Australian Championships. From 1919 through 1938, she collected a 398–35 match record, including a winning streak of at least 158 matches, during which she did not lose a set. She also won two Olympic gold medals in Paris in 1924. With 19 Major titles in women’s singles she is at no 3 in Top 10 Grand Slam Champions. 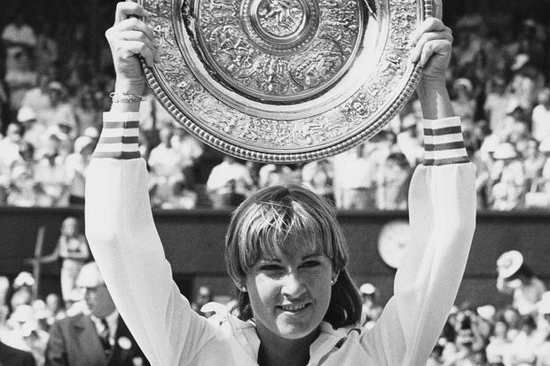 Christine Marie “Chris” is a former World No. 1 professional tennis player from the United States. She won 18 Grand Slam singles championships and three doubles titles. Overall Evert won 157 singles championships and 29 doubles titles. Evert’s career winning percentage in singles matches of 89.96% is the highest in the history of Open Era tennis, for men or women. On clay courts, her career winning percentage in singles matches of 94.55% remains a WTA record. 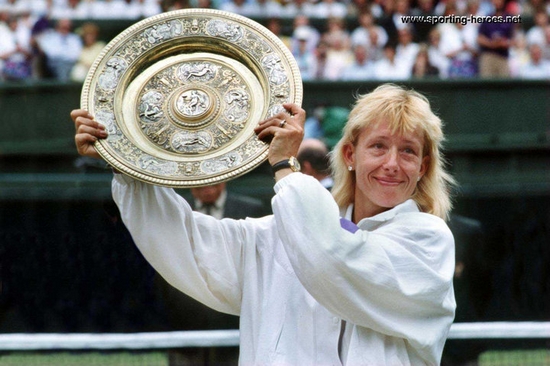 Martina Navratilova is one of the greatest tennis players of all time and Grand Slam Champions. She won 18 Grand Slam singles titles including Wimbledon a record nine times, including a run of six consecutive titles, 3 Australian open, 2 French open and 4 US open. She also won 31 major women’s doubles titles, and 10 major mixed doubles titles. She and King each won 20 Wimbledon titles, an all-time record Navratilova was World No. 1 for a total of 332 weeks in singles, and a record 237 weeks in doubles, making her the only player in history to have held the top spot in both singles and doubles for over 200 weeks. Navratilova also holds the records for most singles titles (167) and for most doubles titles (177) in the open era. 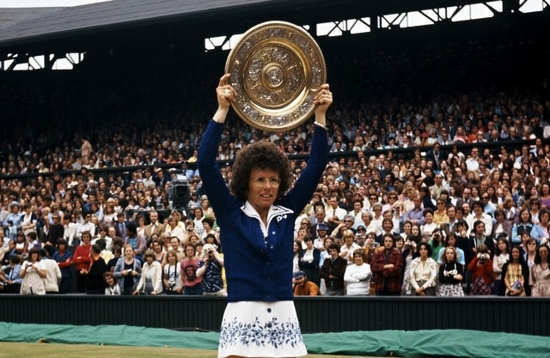 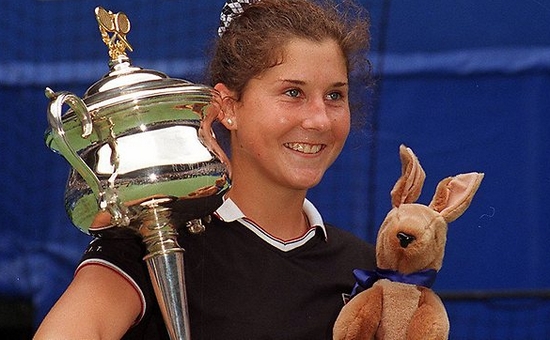 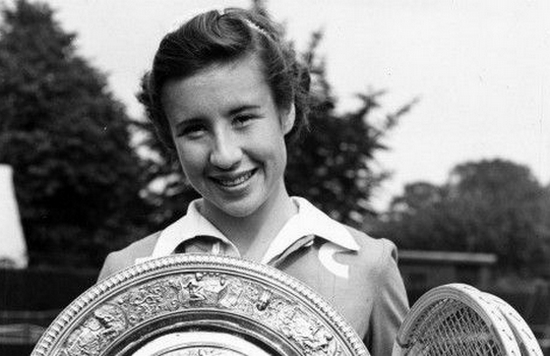 Maureen e Connolly Brinker is the winner of nine Grand Slam singles titles in the early 1950s. In 1953, she became the first woman to win all four Grand Slam tournaments during the same calendar year. Apart from 9 single Major titles, she also won 2 Grand Slam Doubles and one mixed double title. 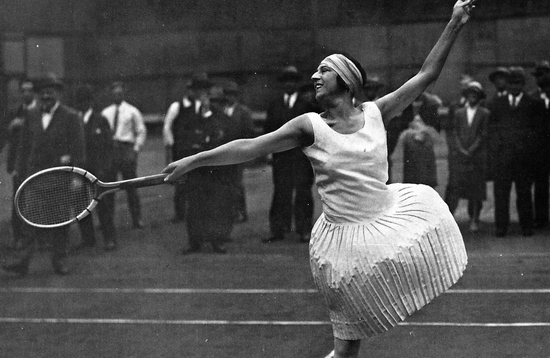 Suzanne Lenglen was a French tennis player who won 31 Championship titles between 1914 and 1926. She won eight Grand Slam women’s singles including six Wimbledon and 2 French Open titles. She won the Wimbledon singles, women’s doubles, and mixed doubles championships in the same year on three separate occasions. 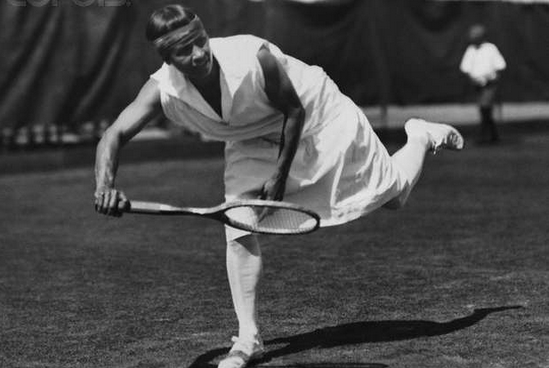