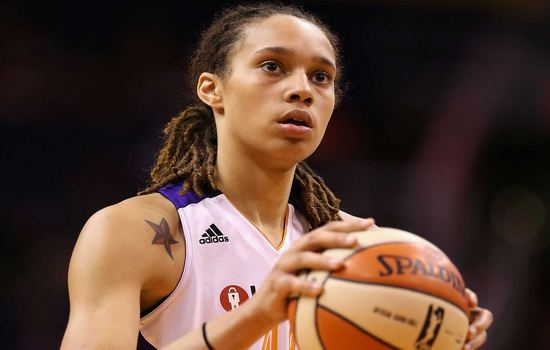 Brittney Griner is perhaps the best defender in WNBA.  She was the first NCAA basketball player ever to score 2,000 points and block 500 shots. After breaking the single-season record for blocks she won defensive player of the year and her team won the WNBA title. Her dominance is not restricted to the WNBA but she is one of the top most dominant female athletes in the world. 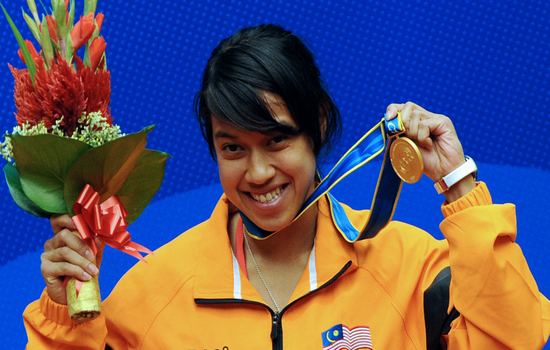 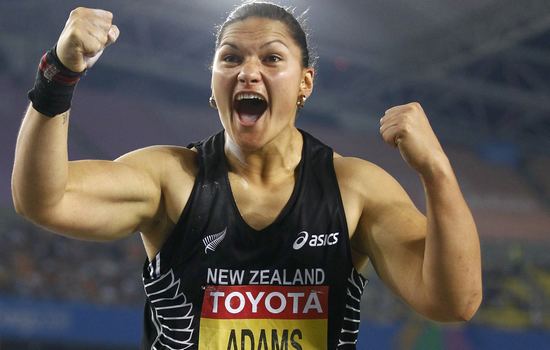 The New Zealand’s shot putter Valerie Adams is another dominant female athlete in our list. She is a four-time world champion, three time World Indoor champion. She is also two-time Olympic and three-time Commonwealth champion. She is also undefeated in 2014. Adams also has gone 56 straight competitions without losing. All these stats are enough to include her in most dominant female athletes. 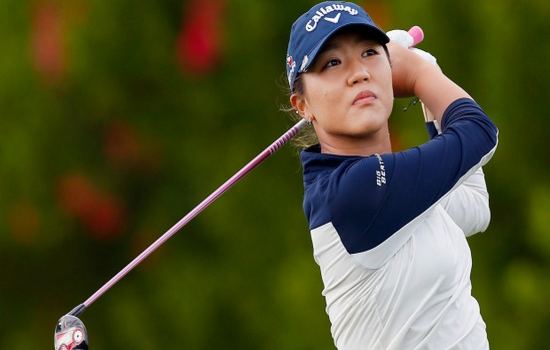 Next in the list of most dominant female athletes is the lady from golf Lydia Ko. She dominated women golf like Tiger Woods dominated male golf. The 18 year-old Ko rose to No. 1 in the world and won the LPGA’s $1 million season-long Race to CME Globe. She won three LPGA events in 2014, and finished in the top 10 of the first six events she played in 2015. She became the number one female golfer in the world as a teenager. In April 2014, Ko was also named as one of Time magazine’s 100 most influential people. 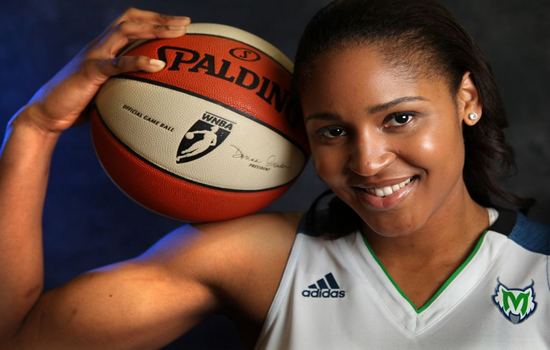 Maya Moore is not only most dominant athlete of WNBA but also one of the most dominant female athletes in the world. She is the most valuable player of the WNBA with averages of 24 points, eight rebounds, and three assists per game during the 2014 season. She also led the USA women’s basketball team to a gold medal in the 2014 FIBA Women’s World Cup. 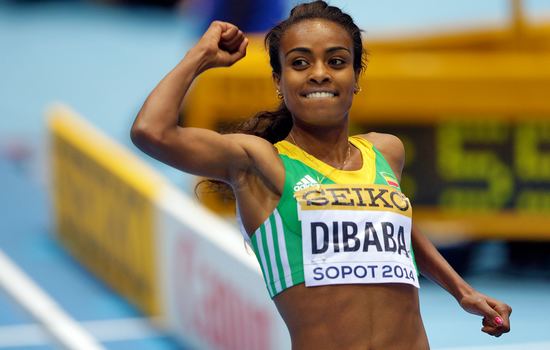 Genzebe Dibaba is the master of all trades. She has broken multiple world indoor records and has won two world indoor titles. The Ethiopian long –distance runner currently holds the world record in the women’s 1500 metres. She won the world indoor 1500m title in 2012 and another global gold medal on the boards two years later in 3000m. During recent indoor seasons, she has also been unstoppable outside of the championships, setting world indoor records over 1500m and 3000m in 2014 and over 5000m earlier this year. 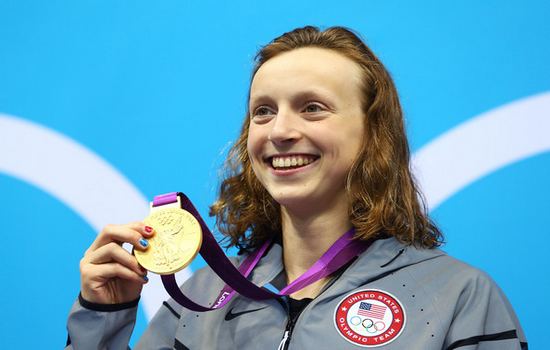 Next in the list of most dominant female athletes is American swimmer Katie Ledecky. She is the best American swimmer at the moment and the top women’s swimmer in the world. In 2014 she broke five world records and had eight first-place finishes, including five gold medals at the Pan Pacific Championships. She is also declared World Swimmer of the Year and the American Swimmer of the Year awards in 2013 and 2014. 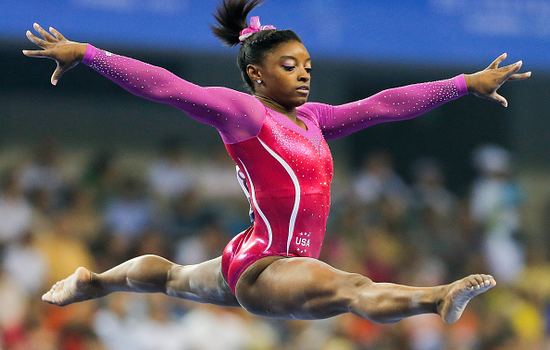 The American artistic gymnastic Simone Biles is one of the most dominant female athletes in the world. The 18 year old Biles has won four gold medals at the last world championships, including the individual all-around title and two of the four individual event golds. She’s going to be a star in Brazil.
Despite being only two years into her senior career, she is already one of the most decorated gymnasts in United States history .She is a two-time United States national all-around champion, two-time world all-around champion, two-time world floor champion and, the 2014 world balance beam champion. She is also a member of the gold-medal-winning American team at the 2014 World Artistic Gymnastics Championships. All these successes are enough to include her in the list of most dominant female athletes of present era. 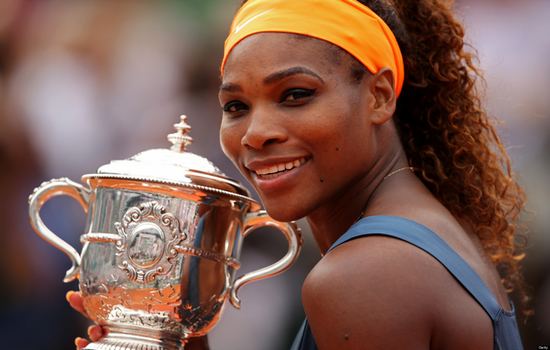 Whenever we talk about dominance and supremacy in any sports, we have to choose some of the greatest players. And no doubt Serena is the one of the greatest female tennis players ever. After winning her 21st Grand Slam trophy at 2015 Wimbledon tournament she become the 3rd highest grand slam winner just behind Steffi Graf and Margaret Court.  She is the reigning champion of the Australian Open, French Open, Wimbledon, US Open, WTA Tour Championships and Olympic women’s singles. Serena holds the most Major singles, doubles, and mixed doubles titles combined amongst active players, male or female. Her record of 36 Major titles puts her fifth on the all-time list: 21 in singles, 13 in women’s doubles, and 2 in mixed doubles. The WTA has ranked her world No. 1 in singles on six separate occasions. She is ranked at no 2 in our list of most dominant female athletes of present era. 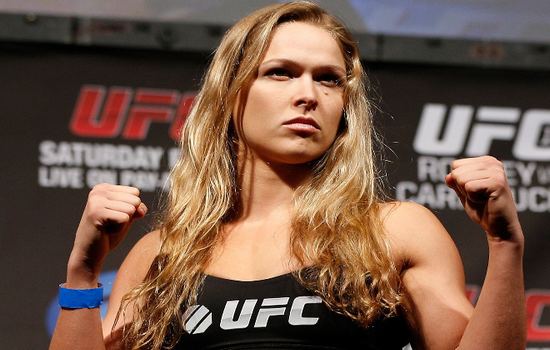 A year ago Ronda Rousey was the most dominant athlete in the world, but her loss loss to Holly Holm in UFC 193 decreases her credibility. She is still at top in our list of most dominant female athletes. No athlete is the best and dominant in their sport by a wider margin than Rousey. Her supremacy and dominance is cleared from the fact that She won twelve consecutive MMA fights, six in the Ultimate Fighting Championship (UFC), before suffering her first loss to Holly Holm; she won eleven of those fights in the first round, nine of them by armbar submission,  beating some of her opponents in less than a minute.
The boxing legend Mike Tyson said, he sees himself in Ronda Rousey. Nearly 30 years ago, he also improved to 12-0 w/ KO in 1st round. Some people say that Ronda Rousey is more that most dominant athlete.