Argentina’s striker Lionel Messi reached another milestone in Barcelona colors when he scored his 400th goal for the club in Saturday’s 2-0 win over Valencia at the Camp Nou. For his 400 goals he played 471 games. He scored 316 goals with left foot, 65 with right foot, 17 header goals, 1 chest and 1 hand goal. He also made 141 assists in his awesome career. 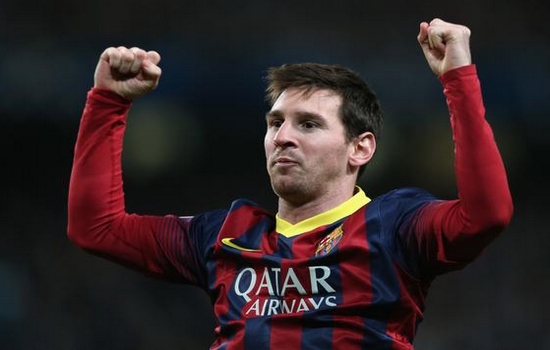 Messi completed his 4th ton for the Barcelona with the very last kick of the match, latching onto a long ball over the top and landing the milestone. It was Messi’s 278th league goal for the Primera Division leaders. He is also a leader in the Champions League with 75 goals, 32 in the Copa Del Rey, 10 in the Spanish Super Cup, four in the Club World Cup as well as one strike in the UEFA Super Cup.

The four time FIFA Ballon d’Or Winner, Leo Messi also holds the record for leading goal scorer in a single La Liga season, with 50 in 2011-12. He is also the joint record scorer in European Cup history on 75 goals, level with Cristiano Ronaldo. And he is also tied with Ronaldo for the most La Liga hat tricks, with both forwards having scored 24.