The Russian Tennis star Maria Sharapova is one of the most popular and admired female tennis players in the world. She is not only popular in tennis world but also has a big value in fashion industry. Beside from tennis world she also earns handsome amount from endorsements. Currently she is the highest paid female athlete in the world. 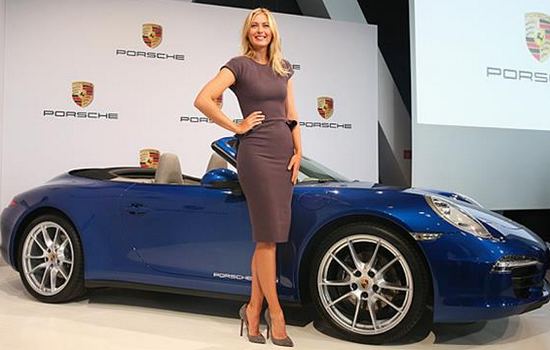 Maria was born in 1987 in Nyagan, Russia. At the age of 16 years she and her father moved to live to the United States, where they planned to get a better life, escape from poverty in Russia and, most importantly, for Maria Sharapova to improve her tennis skills and to become a professional tennis player. Soon, she became a student at the Nick Bolletieri Tennis Academy.
When Maria Sharapova was 17 years old, she won her first Grand Slam title at Wimbledon in 2004. Two years later, Maria won her second Grand Slam title at the US Open. Moreover, in 2008 she also won the Australian Open, the third Grand Slam title for her.

The 28-year-old Russian golden girl Maria Sharapova net worth is estimated at $175 million  and her annual earnings at around $27m (£15.9m). Her dual success on and off the court is a phenomenon. As Sharapova admits, she had little idea what that 2004 triumph at the All England Club would bring. She is the highest female sports earner in the year of 2015. Her total earnings are about $29.7 million. It includes about $6.7 million as salary and prize money but majority of her earnings, about $23 million is from endorsements. She has market value of $42.9 Million.

Maria Sharapove is also popular in fashion industry owing to her glamorous and hot figure. She is one of the hottest female tennis players in the world. She also earns a huge amount from endorsement industries. According to Forbes magazine her endorsement earnings is more than $23 million in year 2015.  Sharapova signed an 8-year, $70 million deal with Nike in 2010. Other major endorsement partners include Head, Avon Products, Samsung, Tag Heuer and Evian. 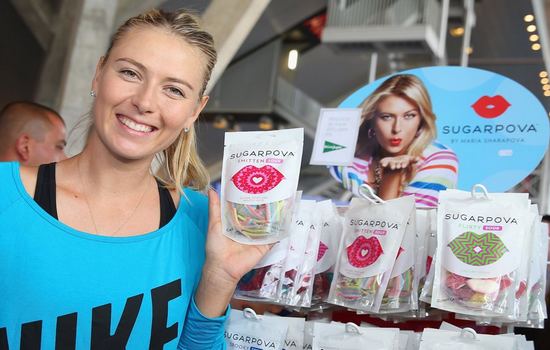 Besides this she also launched her own candy line, Sugarpova, in 2012. Sales doubled in the past year to more than three million bags of candy.