Cristiano Ronaldo price has been set. Now the ball is in PSG’s court. Finally Real Madrid have named their price for Cristiano Ronaldo; just €1 billion. If League 1 Champions Paris Saint-Germain want to hire Real Madrid’s striker, they will have to pay €1 billion. The Ligue 1 champions have long been linked with a move for the Portugal international, and there has been assumption that they could make a move for the forward next summer. 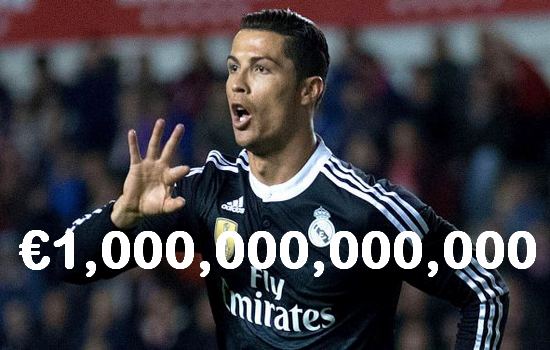 However, Madrid president Florentino Perez says that the French outfit, who are owned by Qatar Sports Investments, have no chance of signing the forward – unless they are willing to obliterate the transfer record.

“If PSG want Ronaldo, it’s easy: they have to pay the release clause: €1 billion,” the Blancos supremo told Cadena COPE.

“No-one is a prophet in football but we don’t want to sell him in 2016. There are still three years left on his contract.” 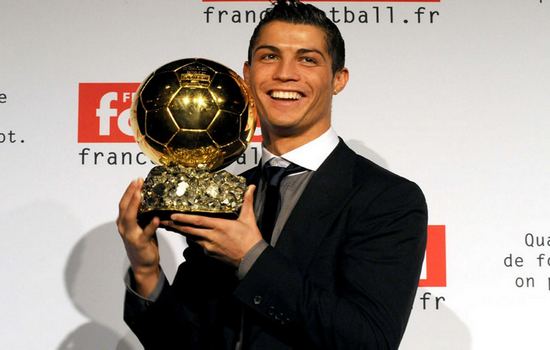 Cristiano Ronaldo signed a contract with Real Madrid on 1, July 2009 after transfer from Manchester United worth £80 million (€94 million), and became the most expensive footballer in history. Playing for Real Madrid CR7 achieved many milestones in his career. He also scored his 400 club goal. He also scored most hat-tricks in the history of La Liga. He is also top scorer in UEFA club competitions with 78 goals, and also become the joint all-time top-scorer in the UEFA Champions League alongside Messi, with 75 goals.  Ronaldo is also the fastest player in La Liga history to score 200 goals in 178 La Liga game.

Ronaldo’s current contract with Real Madrid will end in 2018; but recently the League 1 Champions Paris Saint-Germain is closely linked with Ronaldo and trying to make a deal with him for next season. Now Real Madrid declared that if PSG wants Ronaldo they will have to pay huge amount of €1 billion. It this deal will confirm; once again it will be the biggest deal in the history of football.