Instagram is now the fastest growing social network because it is mobile-first and it focuses on simplicity. Almost all the famous celebrities uses Instagram for keeping in touch in with their fans and sharing their life’s events. Instagram provides an amazing platform for professional athletes to expand their audience and engage their fans with awesome photos. Among athletes Instagram is dominated by the footballers and Top Five Most Followed Football Players on Instagram features those footballers who got place in top five. 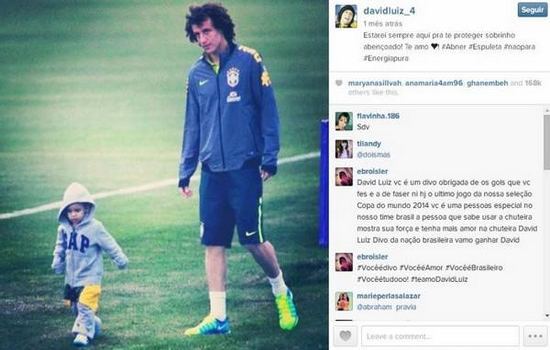 Followers: 10.2 million.
Country: Brazil.
The PSG and Brazilian center back David Luiz is on fifth spot. David is equally loved and praised in Brazil as well as in Paris. David’s shaggy hair, great sense of humor and passion for life has made place in hearts of millions around the world that took him on number five in top five most followed football players on Instagram. 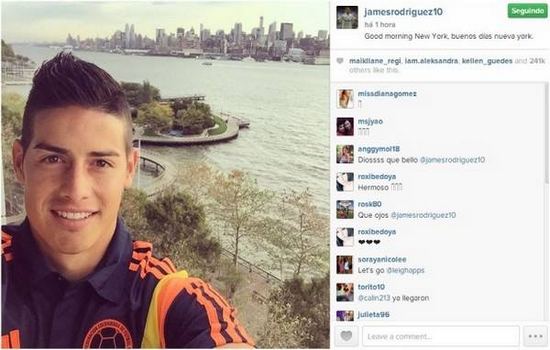 Followers: 15.1 million.
Country: Colombia.
The Colombian sensation is one the best young footballer in the recent era of the game. James is popular guy not just in football but a limelight in the media as well. James is also voted as “sexiest man” by the People Magazine in the 2014 which clearly shows how much people love him. 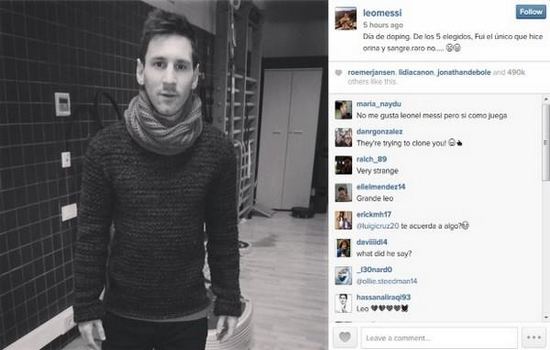 Followers: 26.9 million.
Country: Argentina.
Best player in the world Lionel Messi is only on the third place in the in top five most followed football players on Instagram. Messi has broken and made numerous records on the football pitch and without any doubt some of them are unbelievable but it will take some time for King the conquer the top spot in the Instagram. Messi an outrageous player but lack of limelight and reserved personality brings him on 3rd position. 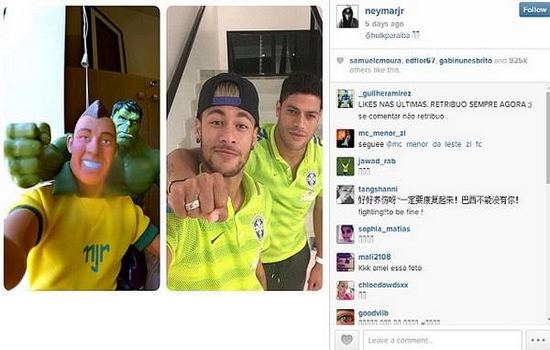 Followers: 33.5 million.
Country: Brazil.
He was on the top spot just a few days ago but then overtaken by the Cristiano Ronaldo. The Brazilian wonder kid who has done a lot of mesmerizing things on football field has really jaw dropping Instagram account. Neymar’s account is arguably most organic and most natural one. This man knows how to create fun in busy life. Having a cherish smile, great sense of fashion and unique hair styles are few of Neymar’s attributes that are liked and loved by millions of people on the planet. 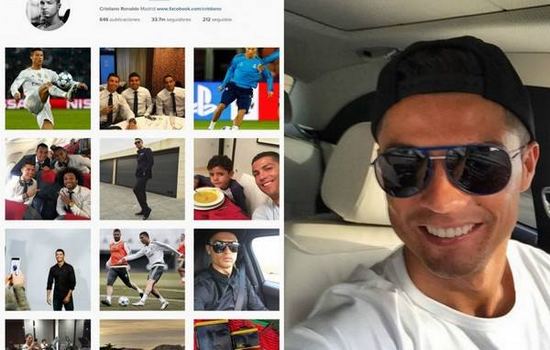 Followers: 33.9 million.
Country: Portugal.
Made to be number one in any field Cristiano Ronaldo just added another crown to his name by over taking Neymar Jr in top five most followed football players on Instagram. The three time FIFA Ballon D’Or winner tends to use the site for a mixture of selfies, modelling shots, training ground snaps and not-so humble brags where he shows off his latest trophies as well. However, the snap that tipped the scales past his Barca rival was a shot of him eating some soup with his son Cristiano Jr.