Rugby is one of the most popular sports in the world. The game is initially originated from England but now it is equally popular in Europe, South America, Asia and Africa. 2015 Rugby world cup is the eighth edition of Rugby world cup since 1987. New Zealand’s All Blacks are the defending champions, won the title in 2011 by defeating France.

10 best Rugby union players are those shining stars of rugby union’s galaxy that are anxiously waiting for the 2015 Rugby World cup. These are the among the finest rugby players that are currently in action. Here are these… 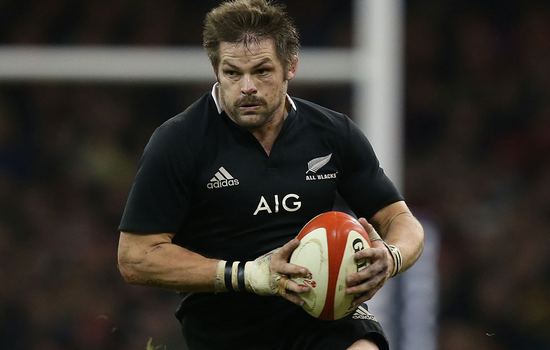 The All Black skipper Richie McCaw is unarguably one of the best rugby union players in the world that are currently in action.  Mr. Indestructible is generally recognized as the world’s best openside flanker. Mr. Success is the first All Black to reach 100 Tests in 2011 and by the end of the 2014 season; he had played 137 Tests and was Captain in 100 Tests. Richie McCaw is famous for his brilliant leadership. He was named as All Blacks captain for the first time for the Test against Wales in 2004 aged just 23. Now he is the most capped All Black ever (103). He has got victory 84 times in those 95 Tests for an amazing 88 percent success rate – the most by any other All Black. He has captained the All Blacks to 51 victories in 58 Tests.  He has been IRB Player of the Year a record three times 2006, 2009, and 2010. McCaw reminded the world of his brilliance as a leader when he lifted the Webb Ellis Cup in 2011 by beating France in the final. 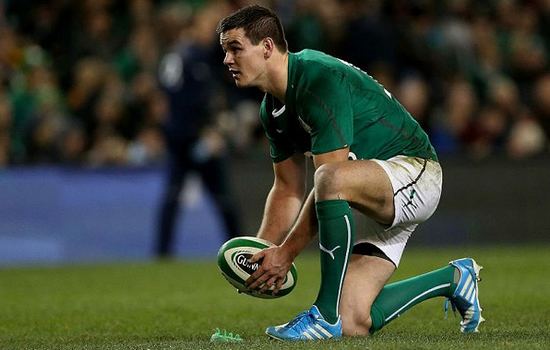 The Irish Fly-half Jonathon Sexton is another best active rugby union player in the world.  Sexton has shown for Ireland as well as the Lions that he has fully matured as an influential playmaker, helping his country in 2014 to one of their best ever years. Sexton was selected as part of the Ireland squad for the 2008 Six Nations Championship. He was named in Ireland’s squad for the 2010 Summer Tests, against New Zealand. He started against New Zealand Maori and kicked 23 points, and started against Australia, kicking all of Ireland’s 15 points in the game. Sexton was named RBS 6 Nations Man of the Match following his role in Ireland’s successful attempt to stop England’s hunt for a Grand Slam in the 2011 RBS 6 Nations. 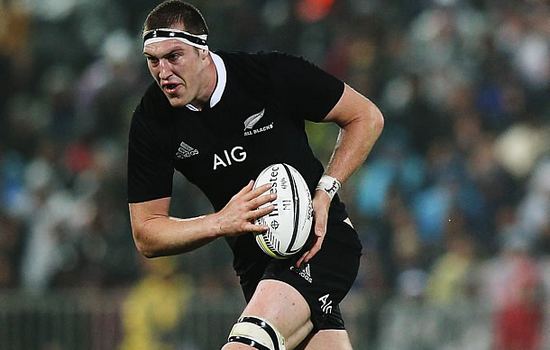 Brodie Retallick is one of the best rugby union players plays for All Blacks. His regular playing position is lock. He debuted for the All Blacks was against Ireland on 9 June 2012, during the 2012 Ireland rugby union tour of New Zealand. By 2014, the world-class locking combination of Retallick with Sam Whitelock meant he had now been recognized as an automatic selection for the All Blacks. On 22 November 2014, he won the World Rugby Player of the Year. 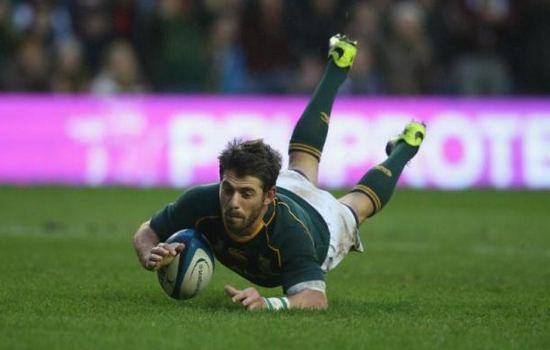 Willem Jacobus le Roux is a South African rugby union footballer. He is a versatile back line player usually plays at the position of fullback or wing. In early stage of his career he has also played at the position of fly-half. Le Roux made his debut in international rugby in 2013 in South African Quadrangular tournament o against Italy, Scotland and Samoa. He show cased his skills and performance there and played full 80 minutes. On 14 June 2014, Le Roux manufactured a man-of-the-match performance to help South Africa beat Wales, scoring a try and providing three assists.In 2014, le Roux was also nominated for the IRB Player of the Year award. 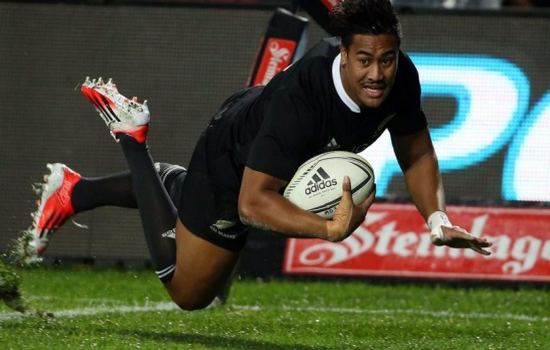 New Zealand’s Julian Savea is one of the most potent attacking players in the international rugby. Playing at the position of the wing with the pace, strength and exceptional rugby vision made him one of the most accomplished players. Savea made his debut on 9 June 2012 against Ireland and scored three tries. Savea is the first All Black to score three tries against Ireland in a test match, as well as just the fourth to score three tries on his All Black test debut. Since his debut, Savea has been one of the most prolific try scorers in international rugby. In 2014, Savea was nominated for World Rugby’s Player of the Year award. 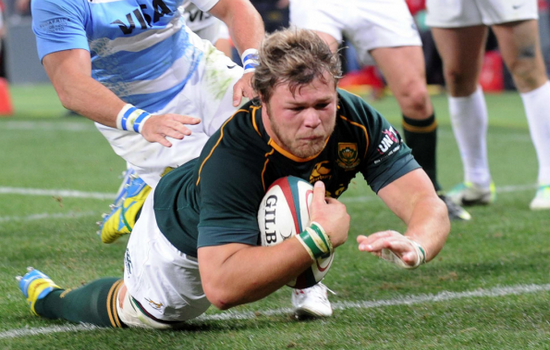 Daniel Johannes ‘Duane’ Vermeulen is a South African rugby union player. Vermeulen plays as a Number eight but he is equally skilled at playing both blindside and openside flanker. He made his debut in international rugby for South Africa on 8 September 2012 playing against Australia. Vermeulen first victory as Springbok came on 29 September 2012 against Australia. He was selected for the Springboks’ 2012 Northern Hemisphere tour where he received a man of the match award for his performance against England.

You May Like: The Fastest Rugby Players in the world 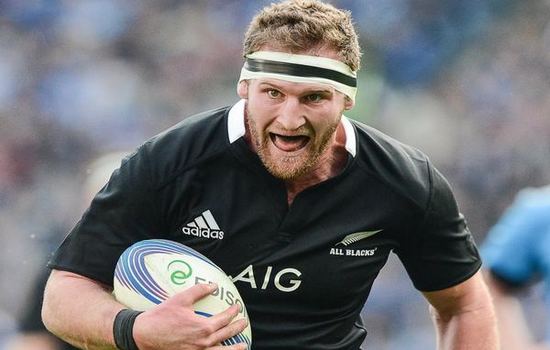 A dominant player across the field and a master of the role of the modern number 8, Kieran Read turns in consistently outstanding and athletic performances on the field accompanied by great leadership skills. Read made his debut against Scotland 8 November 2008 and quickly became a regular first choice selection in 2009. Read won New Zealand Rugby Player of the Yearin 2010. In 2013, he was named captain of the All Blacks in place of Richie McCaw .Read’s exemplary performances in 2013 were recognized with both national and international player of the year awards including IRB Player of the Year. 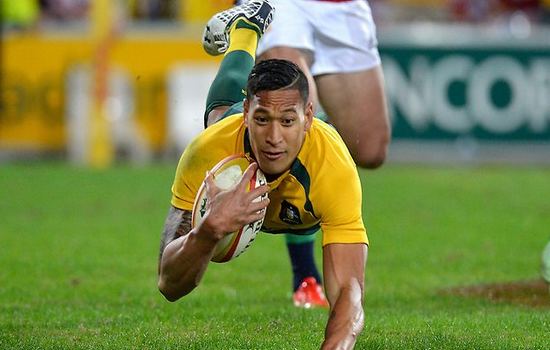 Next in our list of best rugby union players is Australian phenomenal player Israel Folau.  Folau previously played Rugby league for the Melbourne Storm in the National Rugby League (NRL) from 2007 to 2008.  Where he broke the record for most tries in a debut year. He also represented the Australian rugby league team and Queensland in State origin matches. He joined the rugby union side the NSW Waratahs in 2012. In July 2015, he signed a deal to play for NTT Docomo Red Hurricanes in the Japanese Top League. 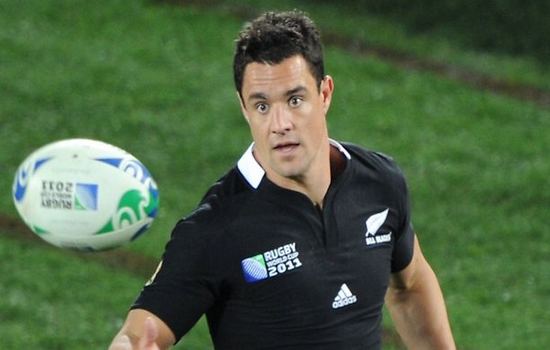 Daniel William “Dan” Carter is a New Zealand rugby union player. He is the highest points scorer in Test match rugby, and is arguably the sport’s greatest ever first-five eighth or fly-half. Carter made his debut for All Blacks at the age of 21 against Wales in 2003 and scored 20 points. Daniel Carter is near faultless in every department: he can attack, make a break, kick tactically and accurately at goal, He was named the International Rugby Board player of the year in 2005 and 2012, and has won four Super Rugby titles with the Crusaders, and six Tri-Nations and Rugby Championships with the All Blacks. Carter was also a member of the 2011 Rugby World Cup winning All Blacks side. He is also the highest paid rugby player for the year 2015. 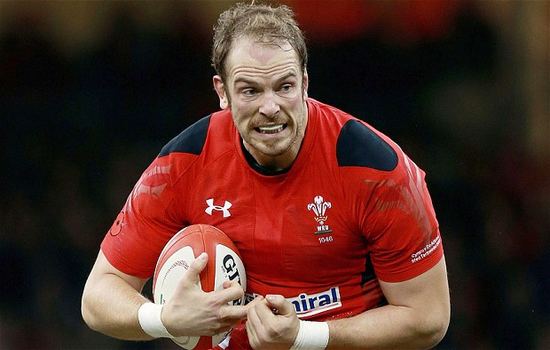