Breakdown of Lionel Messi 253 goals for Barcelona in La Liga

Argentinean striker Lionel Messi achieved another milestone in the history of Spanish First Division La Liga. The Argentinian superstar surpassed Telmo Zarra on Saturday to become the career goal-scoring leader in La Liga history. He also scored his 20th hat-trick in the league. 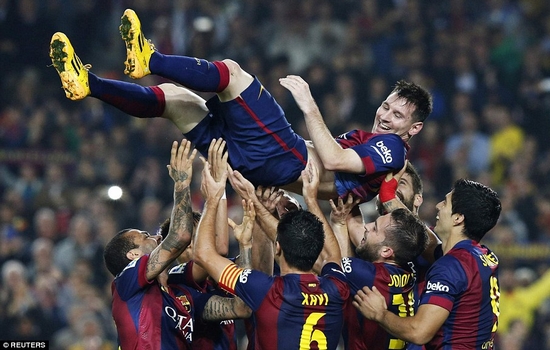 Messi started his career in La Liga in 2004 for Barcelona FC. In 2014 after 10 years of his phenomenal performance he is leading goal scorer in the league and also for his club Barcelona. Here is the breakdown of Lionel Messi 253 goals for Barcelona FC in La Liga season by season.

Breakdown of Lionel Messi 253 goals for Barcelona in La Liga