Top 10 Best Cricketers getting Retired in 2015

2015 will be the year worth remembering over centuries in perspective of the game of Cricket. Besides crafting the most magical World Cup in the history of cricket, the year will be remembered for numerous legend cricketers getting retired in 2015. Some of the notables have already packed their cricketing kits and many will follow after playing a few more matches in the going year. The absence of these players will left an unfilled spot in International cricket for years. At the same time it can be taken as an opportunity to bring forward the next big things. Cricketers getting retired in 2015 either from test or one day side have been given a recall below. 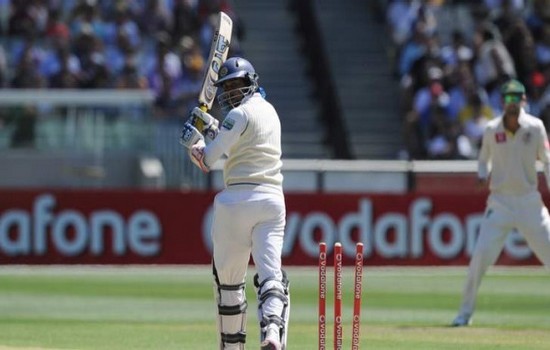 The ongoing Ashes will be the last series with this mighty Aussie being enrolled in Australian Cricket Teaam. The 34 year present-day leader has already announced his retirement from ODIs following the 2015 World Cup final victory over New Zealand. With the spirit still young, Clarke’s body is not serving him lot compelling him to get a permanent seat at Cannel Nine commentary box. With a total of 36 three figured feats, the inclusion of this great Aussie skipper makes the cricketers getting retired in 2015 list much more notable and adored. 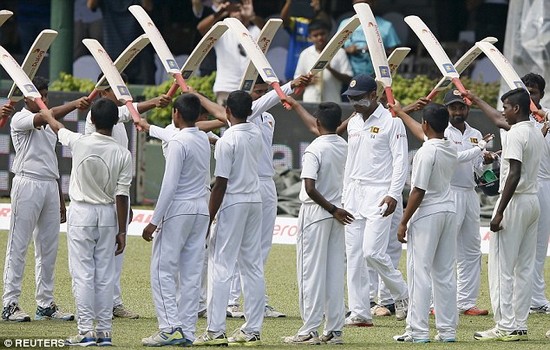 Another big name in the cricketers retired in 2015 is of Lankan legend Kumar Sangakkara. The most consistent and reliable player in the current cricket scenario will be saying good bye to International Cricket after the ongoing test series against India. Sangakkara is Sri Lanka’s most successful Test batsman, having hit 12,305 runs over 132 matches. He is fifth on the all-time run-scorers list, and his present average of 58.31 is the second-highest for any batsman with more than 7000 runs. He has 38 hundreds and 11 double-centuries – one behind Don Bradman’s record of 12. 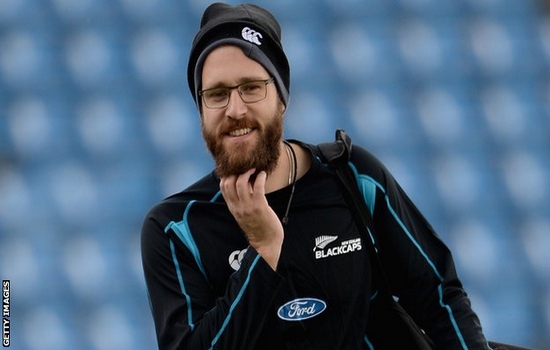 The legendary New Zealander might not have got eye catching stats but his dedication and enthusiasm towards the game was ostentatious. The 36 years old compose natured all-rounder served his team in numerous times of crisis with his more than useful batting and top spin. His 18 years cricketing career was nothing but a gentleman’s sports side as he gaits his tag in the cricketers getting retired in 2015. 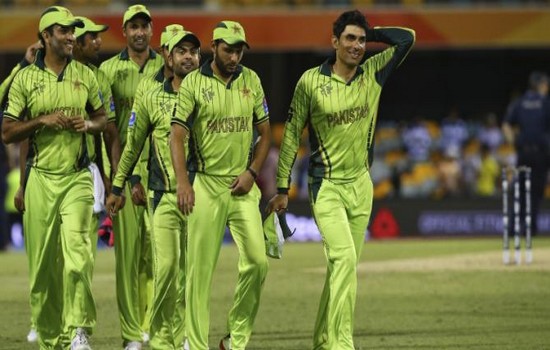 The person who lead team Pakistan in the darkest periods of its performance and helped getting back to international respectability. Following the steps of Michael Clarke, Misbah Ul Haq also decided to leave the One Day International side right after their exit from 2015 World Cup. The fastest century maker in Tests however, is still available for the team and will lead in the coming series against England in UAE. 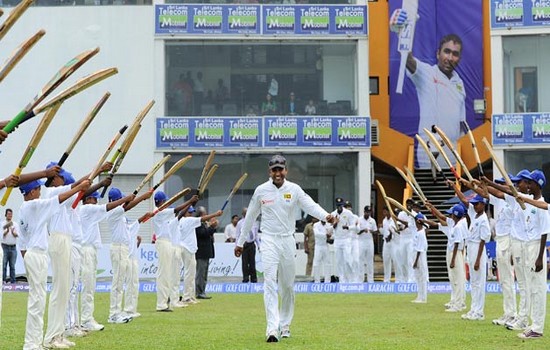 One of the true gentlemen of the game Mahela Jewardne has also signed off from the cricketing field in this year. Jayawardne has scored over 25,000 runs combine in all three formats of international cricket. He is also Sri Lanka’s highest test run scorer in a single test innings 374 in 2006 against South Africa. Jayawardene was a key member of the team that won the 2014 ICC World Twenty20 and was part of the team that made to the final of 2007 Cricket World Cup, 2011 Cricket World Cup, 2009 ICC World Twenty20 and 2012 ICC World Twenty20. He played his final test at his favorite ground, the Sinhalese Sports Club, where he scored 54 runs in his last test innings. Russell Arnold tributed that “Legends never retire”. 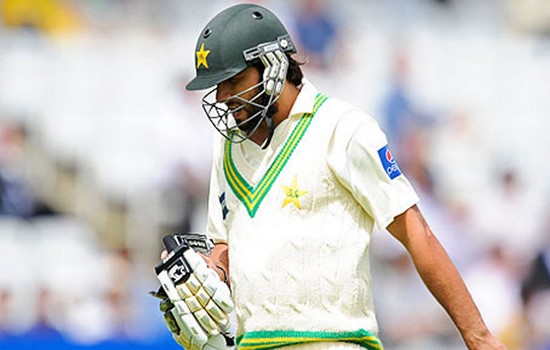 The most entertaining and thrilling player that cricket has ever seen Pakistan’s Shahid Afridi is also among the cricketers getting retired in 2015, though he will lead team green in upcoming T20 world cup in India. Renowned for his brutal batting style and hitting sky scraping sixes and hence nicknamed as “BOOM BOOM Afridi”, Afridi is definitely one of those players whom cricketing world will miss the most. Afridi previously held the record for the fastest ODI century in 37 deliveries. He also holds the distinction of having hit the most number of sixes in the history of ODI cricket. Out of the seven fastest ODI centuries of all time, Afridi has produced three of them. Afridi has also targeted over 380 wickets in ODIs with his leg spinning deliveries. Afridi announced his retirement from ODI cricket after 2015 Cricket World Cup. 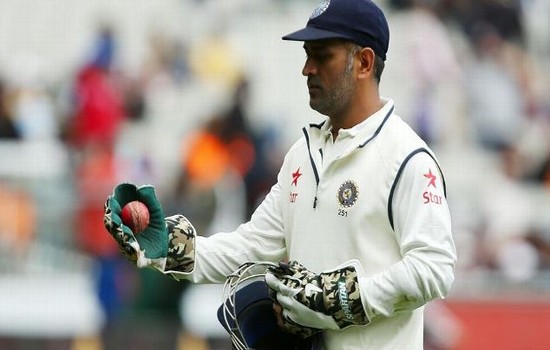 When we talk about most successful captains in the history of cricket the list is incomplete without the name of M.S.Dhoni. Dhoni is retired from test cricket but still leads the team in limited overs formats. Dhoni holds numerous captaincy records such as most wins by an Indian captain in Tests and ODIs, and most back-to-back wins by an Indian captain in ODIs. Under his captaincy, India won the 2007 ICC World Twenty20, the CB Series of 2007–08, the 2010 Asia Cup, the 2011 ICC Cricket World Cup and the 2013 ICC Champions Trophy. Dhoni became is first captain to win all three ICC limited-overs trophies (World Cup, Champions Trophy and the World Twenty20). He announced retirement from test cricket in December 2014.

One of finest players that Sri Lanka has ever produced T.M.Dilshan also announced his retirement from test cricket though he is available for the limited over format. He is regarded as one of the most innovative batsmen of the modern game. He is an aggressive right-hand batsman who invented the scoop, which has come to be known as a dilscoop. Dilshan is the fourth Sri Lankan and eleventh overall to score 10,000 ODI runs. 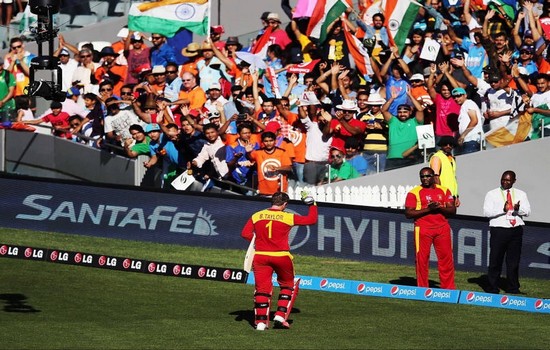 Served as ‘lone survivor ‘for the Zimbabwe and led the team in most difficult situations the former Zimbabwean skipper Brendon Tylor also left the international cricketing scenario in 2015. During his international career Brendon has played some of most memorable innings in Zimbabwean cricket history and he will be remembered as national hero for a long time. 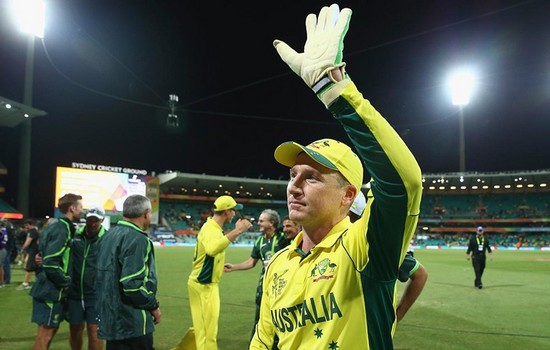 Another name among Australian cricketers getting retired in 2015 is Brad Haddin.The Aussie wicket keeper and aggressive lower order (though he played as an opener as well) batsman brad haddin said goodbye to one day international this year. Haddin’s 14 year ODI career came to end in less than two months after he helped his country win their fifth World Cup title.