It’s all most impossible for anyone to pick best soccer players in the world, as everyone has his own criteria of decree. With two big international tournaments this summer, players from Europe and the Americas have had the chance to further enhance their reputations and show the world who really is best in the world. Some players took the opportunity and outshine the others while others failed to impress the world.

A lot of people will disagree with me for placing Luis Suarez on the top spot ahead of Messi and Cristiano, but the form Suarez is in, he deserve to be top in the list. Last season la liga top goal scorer is in some serious form. Suarez has most prolific season of his club level career last year firing 53 goals in 48 games for Barcelona. Although he was unable to contribute for Uruguay in Copa America due to injury. Suarez started the new la liga season in similar fashion by netting a hat-trick in the first match of the season. He truly is in form of his life and serious threat for the opponents.

Cristiano Ronaldo has enjoyed superb last 12 months by winning champions league and his first ever euro cup with Portugal. Even though Ronaldo is 31 he hasn’t lost his touch not even a little bit. Cristiano was 2nd in la liga top goal scorer for season 15-16 behind Suarez, while he as usual he dominated UEFA champions league and raised above all. Ronaldo also won the UEFA best player in Europe award for the 2nd time in his career and considered as favorite to win Ballon d’Or as well. We have to wait to see how Cristiano starts his new season as he is still out of action due to injury. 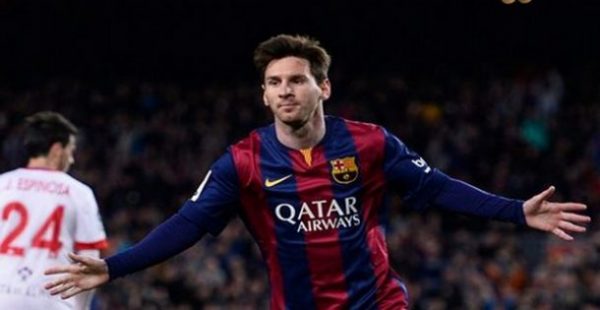 Five times World Player of the Year, Leo Messi had a rough summer. As well being found guilty of tax fraud, Messi suffered heartbreak for a third successive major tournament with Argentina. This time missing a penalty in the final shootout and later shocking his country by announcing his retirement from international soccer. Resulting his downfall from top spot. Messi remained on the top for all most astonishing eight years. He struggled with injuries. He only produced 26 goals and 16 assists in 31 starts leading Barcelona to the la Liga title. His ability to mesmerize defenders with a mix of skill and pace is unmatched and it often appears as though the ball is glued to his feet. The Barcelona star is versatile enough to play anywhere across the front line. 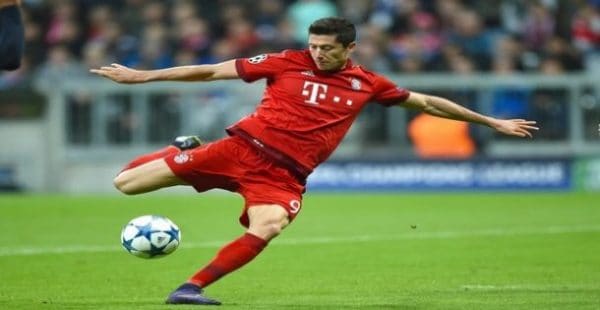 The polish striker is next in our list of top ten best soccer players in the world right now. The polish winger was in tremendous form last season for FC Bayern Munich leading the team to another title. Lewandowski has established himself as world’s best number 9 in current era. He scored 42 goals for Bayern Munich in last season, including a barrage of five in nine minutes against Wolfsburg. And started a new season with the hat-trick as well. 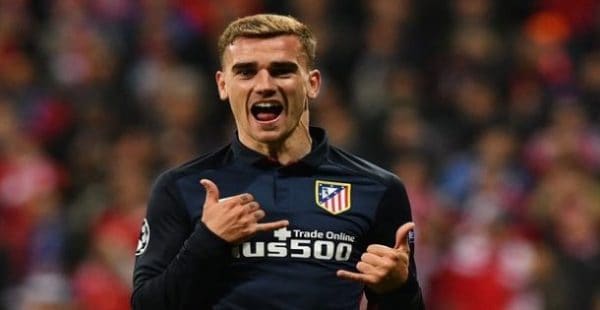 The Golden Boot and Golden Ball winner at Euro 2016, Griezmann was the spark for a France team that often lacked consistency. Some people may say that he lost two major finales but don’t forget he was the main reason both France and Atletico made into finals of two major events. Griezmann scored 32 goals for Atletico last season and upheld himself in ranks of Leo Messi and Cristiano Ronaldo in la liga. He has unquestionably elevated himself into the ranks of the world’s best forwards. 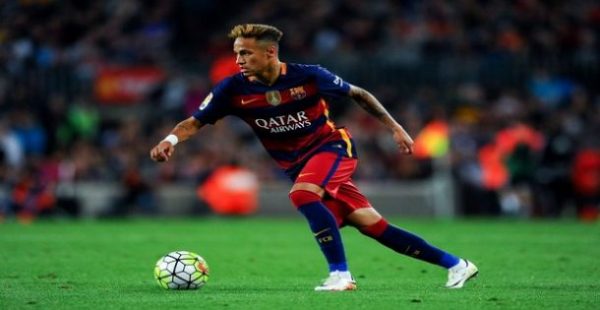 Brilliant at the start of last season, even suggesting that Barcelona could have a life beyond Messi, Neymar fully earned a place on the Ballon d’Or podium for the first time. Neymar has been in outstanding form for Barcelona as well as for Brazil. He’s the third man in Barcelona’s ferocious front three. Neymar is explosive. He’s technically gifted. Neymar became nation’s hero in Olympics when he scored the final and decisive penalty against Germany to win gold medal for Brazil. He became the first ever Brazilian captain to win gold medal for country. An accomplishment the great Pele has not achieved. 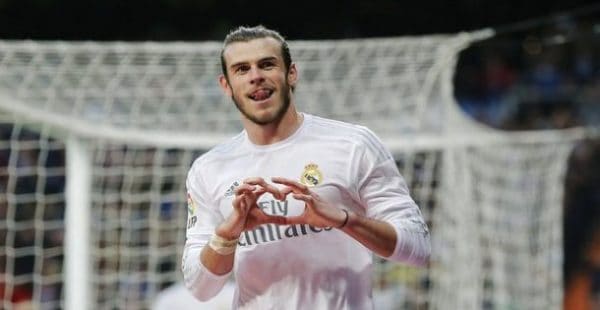 Overshadowed by the reputation of Ronaldo at the Bernabeu, Bale showed at Euro 2016 that he is a capable of being the talisman for a team. He is a supreme dribbler who boasts the pace and skill to beat multiple opponents. He is also a great finisher and capable of scoring consistently from long range as well as devastating free-kicks. Bale was clinical for wales in euro cup where he led his team to first ever major tournament semi-final. He was also involved in almost 90% goals for his side in whole event including qualifying round. Bale has started new la liga season in superb form where he scored brace in his opening game .the Walsh wizard is on 7th place in top ten best soccer players right now in the world. 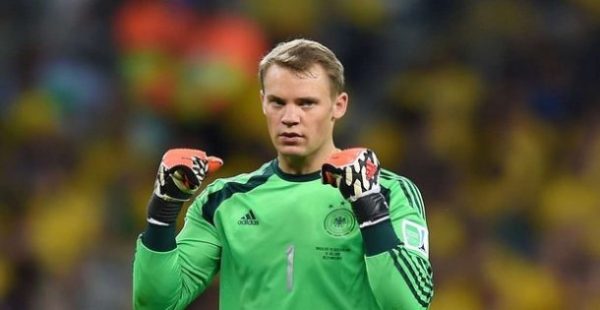 Manuel Neuer is world’s best goal keeper by far. He has raised the standard and meaning of modern goal keeping to whole new level. Neuer is superb in one-on-one situations and capable of stunning reflex saves. He has expanded and redefined the position often serving as an auxiliary sweeper defender and a distributor. Neuer is the benchmark for the modern goalkeeper and only sweeper featuring this list. 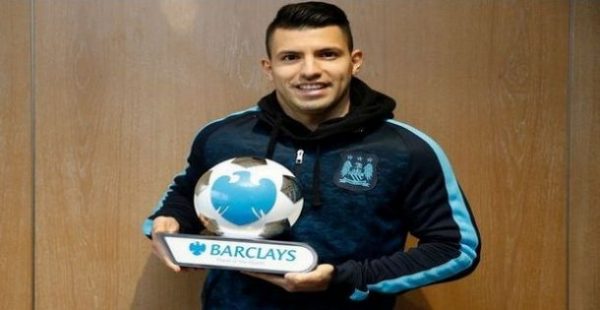 A consummate finisher, Aguero has been key in the two title wins under Roberto Mancini and Manuel Pellegrini. Aguero is a phenomenal all-around forward. He’s year-in, year-out the Premier League’s most dynamic force. He’s strong, he’s quick, he’s smart, he’s a menace on the ball and he’s a clinical finisher, in close quarters and from range. Agüero struck 24 Premier League goals last season to take his tally to 50 in the last two campaigns. 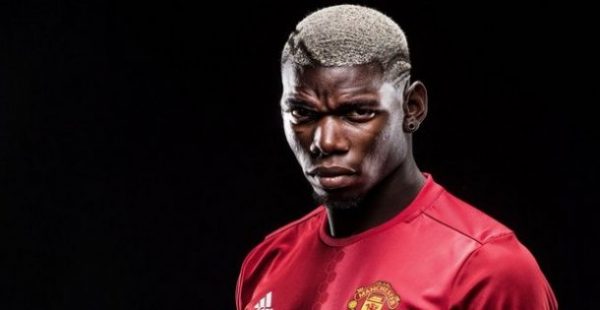 The most expensive soccer player in the history Paul Pogba is last member of this class. He is indicative of a midfielder that possesses an unprecedented range of attributes. He is strong, quick and skillful he has all the tools required to be the next global superstar. Pogba had an amazing last season for Juventus before moving to Manchester united for whopping £110m. There are huge expectations from French superstar since his landing in Manchester, but we have to wait and see if can deliver what he promised to his fans.