Top 10 Hardest Sports in the World

Top 10 Hardest Sports in the  World

Sports are vital element to keep someone fit and going for long time. Sports are best possible way to keep yourself healthy. But ever wondered which are top 10 hardest sports in the world to execute??? Different people uses different criteria and characteristics to categorize a sports as ‘hardest’. . Some of the sports rely heavily on stamina and strength while others depend on speed, flexibility and some require more Muscular Strength and Power than others. Today we will look at top 10 hardest sports in the world depending upon their physical demand and endurance. 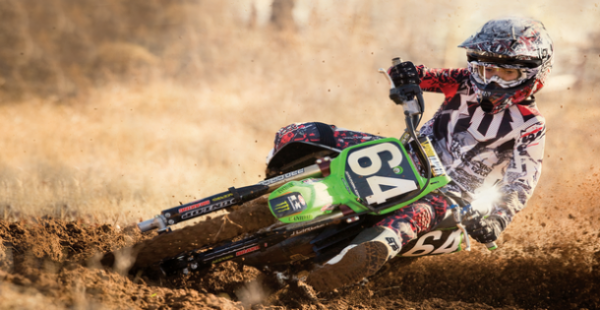 Motocross riding in and of itself is demanding on so many levels. Anyone who participates in the sport of motocross riding already knows, firsthand, the physical and mental drain on the body. Motocross is a form of off-road motorcycle racing on enclosed off-road circuits. The sport is internationally governed by the Fédération Internationale de Motocyclisme. Riding motocross takes concentration and lots of it. While whipping around the track at top speeds taking on the challenges, your mind is constantly shifting just like your body, to meet the needs of the current or next move. Your mind is always in “strategic think mode” as you must plan for the current move while thinking about the next move down the track. Motor cross riding is on 10th place in top 10 hardest sports in the world. 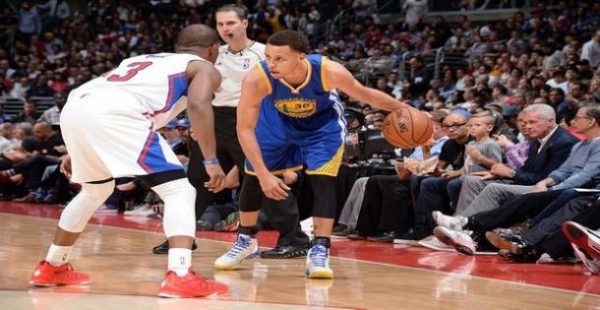 The first  team sport in the list, Basketball requires greater high intensity burst with quick movement including accelerations and most importantly vertical jumping. Top Basketball players rely heavily on their ability of speed and quickness combine with overall durability of endurance and muscle strength. Extreme power is required to produce those running and vertical jumps throughout the game. Although Basketball have time where players can recuperate energy but the game is so fast and players always remains in constant motion which requires huge endurance and overall body stamina. 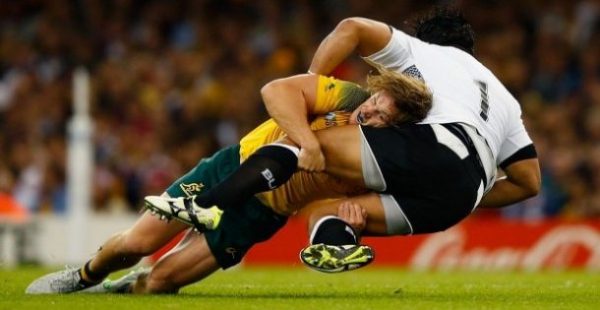 Rugby is another contact sport which require greater physical challenge of strength, brute power and ability to endure knocks and whacks. History of this sport is much old. The Greeks and Romans are known to have played many ball games and rugby is one of them. One phrase often used to describe rugby is “a thug’s game played by gentlemen“—well, it does seem a bit of a thug’s game. Rugby is high demanding sport in which Professional rugby at elite level don’t have weight divisions which means only the strongest, heavier but still quick athletes can be successful professional rugby players. Hit after hit, play after play these guys keep going, no breaks in play, no change of teams, even the kicker has to play the whole game and get involved with the tackling. So you still think rugby is easy?? 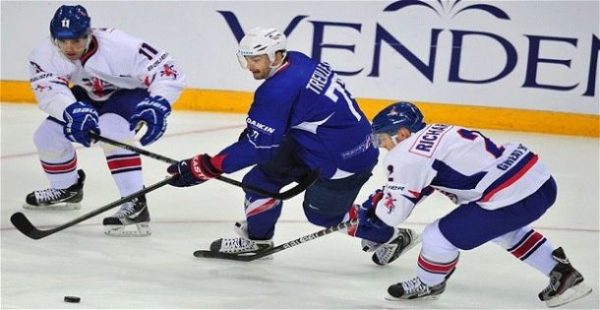 Ice hockey is a contact team sport played on ice, usually in a rink, involving two teams of skaters which uses their sticks to shoot a puck into their opponent’s net to score points. People might underestimate strength and physical demands required for top level ICE hockey players. Spending 1 hour standing on steel blade including quick starts, stops, quick change in directions and constantly on the move for best part of 1 hour makes it one of the top 10 hardest sports in the world. Not only that there is constant chance of physical contact (and that on ice too) between opposite players making it even difficult sport. 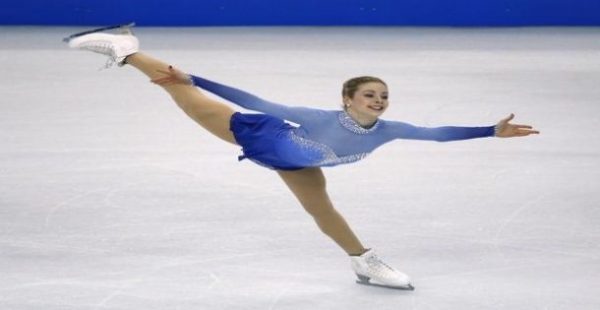 This sport requires a lot more time, determination, commitment and practice than many other sports. Figure skating is the most mentally, physically and emotionally challenging sport in the world. Figure skating is divided into various disciplines .The four Olympic disciplines are men’s singles, ladies’ singles, pair skating, and ice dancing. It require a lot of physical strength, mental focusing skills and perfect body balance to be a figure skater. Figure skaters usually perform spins, jumps, moves in the field, lifts, throw jumps, death spirals, and other elements or moves. Figure skating in on number five in the top 10 hardest sports in the world 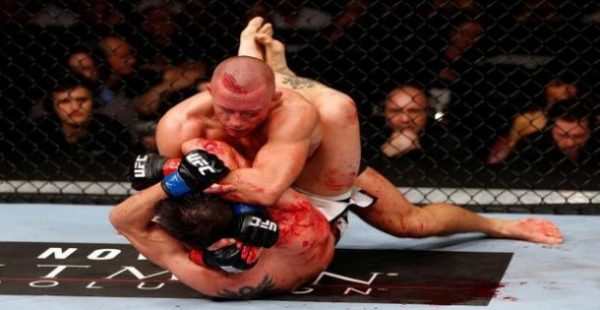 As we are talking about top 10 hardest sports in the world to execute, how can we forget MMA?? Known as one of the most brutal and lethal sport mix martial arts  requires full body strength, un-matched conditioning/fitness levels to ensure fast reflexes, speed and combine that was brute power require to strike opponent makes it one of the hardest sport in the world.

Wrestling is pretty much like MMA but one step ahead. A fighter can have intervals during a MMA match to regain his breath and strength back, but there is nothing like this in wrestling. As soon as fighters enter the ring, they need strength, power, top speed reflexes, greater stamina and overall durability. 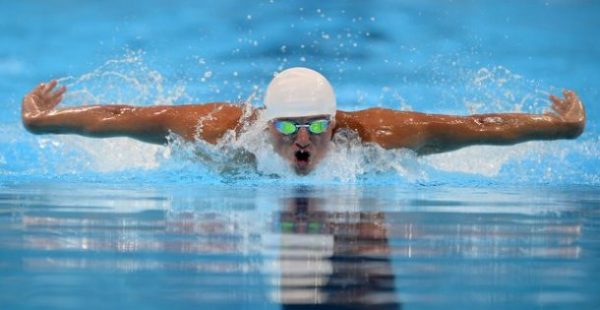 History of swimming goes back to Stone Age around 8000 B.C. The first swimming book called “Der Schwimmeroder ein Zweigesprächüber die Schwimmkunst” was written by a German professor of languages Nikolaus Wynmann in 1538. Competitive swimming is one of the most popular Olympic sport. There is not a single moment, during professional swimming, when athletes body rest while in active competition. Swimmer’s lower body and upper body are constantly active to produce motion in water and it requires greater cardiovascular endurance. Freestyle, backstroke, breaststroke, and butterfly are most famous and hardest mode of the sport to perform 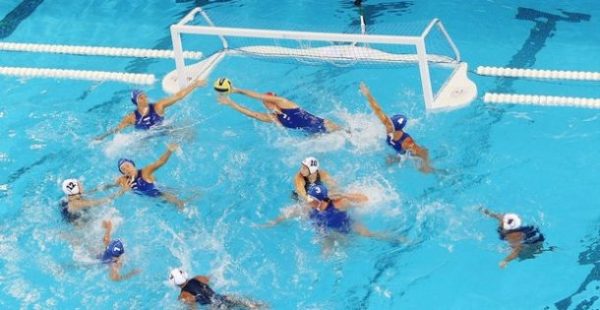 Water polo is a team water sport consisting of four periods where two teams attempt to score goals by throwing the ball into the opponent’s net. Water Polo is a team sport that mixes the best aspects of soccer, basketball, and hockey. Like soccer, goalies defend a large netted goal. Instead of using feet, water polo players are allowed to use only one hand at a time to pass or shoot the bright yellow, soccer-sized ball. With a lot of kicking and grabbing going on under the surface, and all sorts of sly blows in the water, polo is highly ranked in physicality. Immense speed and strength is needed by players as they move through the water, and more importantly the fact that players are not permitted to touch the floor. Water polo is on 3rd place in top 10 hardest sports. 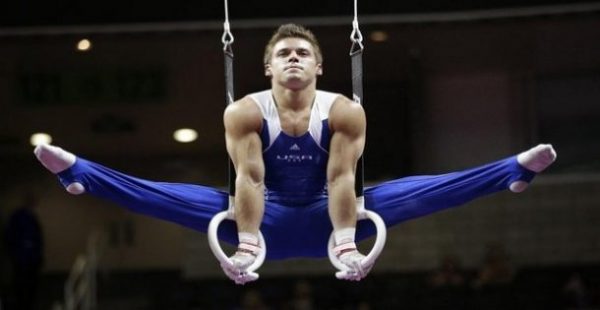 Gymnastics is a sport involving the performance of exercises requiring strength, flexibility, balance and control. Gymnastics not only demands physical fitness but it also require utmost control and balance to perform. . People think it is easy, but they are so wrong! Gymnastics require greater physical fitness and reflexes combine with balance and mental strength like focus to endure difficult body maneuver with grace and control to execute the act to perfection. So in my view gymnastic is the 2nd hardest sport in the world (although you can disagree). 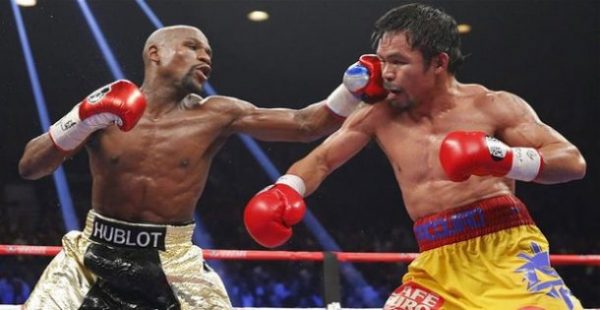 Boxing is sports only for daredevils. Boxers put everything on line for each and every single match. Boxing is a test of strength, power, endurance and the overall ability of boxer to withstand punishment for a longer period of time. According to several studies about “science of muscles and movement” expert label boxing as the most demanding sport for an athlete and that is the reason boxers are one of the world’s fittest sportspersons. Boxing is on top spot in our list of top 10 hardest sports in the world.