Soccer is one of the most popular games on the planet. Probably, it is the most famous game in the world; it produces many legendary players who excel the soccer. They give new soul to this game. This list is about those great footballers, who mastered the game the best, became legends all over the world.

The Greatest Soccer Players in The World

Pele was known as “The King of Football”. He was a Brazilian footballer who scored 1282 goals in 1366 games. He was the ultimate goal scoring machine. He was known to be great in all aspects of game, he was great in shooting, heading, dribbling, passing and even defending, although he was an attacker. His great skill in game led the Brazil world champion thrice in 1958, 1962 and 1970. He also won 2 Copa Libertadores and 5 league titles. “The King” ranked number 1 position in the list of great footballer ever. 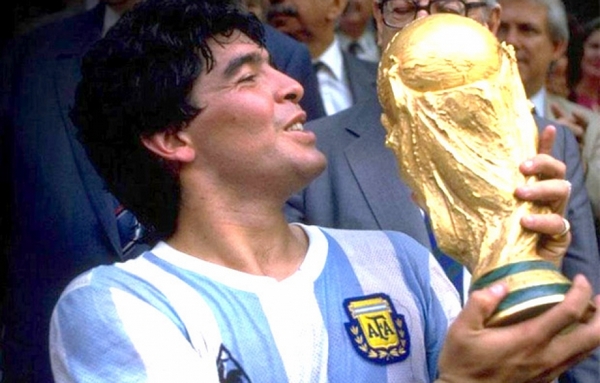 Diego Maradona winner of the 1986 World Cup and two Italian Championships with Napoli is ranked 2nd in our list of top 10 greatest football players ever. Maradona almost single handedly won the World Cup with Argentina in 1986. He became most famous for his two goals against England in the quarter finals. The first goal was made with his hands and would be called “The Hand of God”. The second was a goal of outstanding class and would be voted “Goal of the Century” in 2002. Thanks to Maradona Napoli won their only two Serie A Championships so far and won the UEFA Cup in 1989. At his time with Napoli Maradona looked like somebody from another planet, he was just unstoppable. His dribbling ability was mesmerizing, his goal scoring was unique and clinical, and his passing and crossing were precise – earning him many assists in his career. He is the number 1 on our list because he could win with a team that would normally not even have a change of winning. 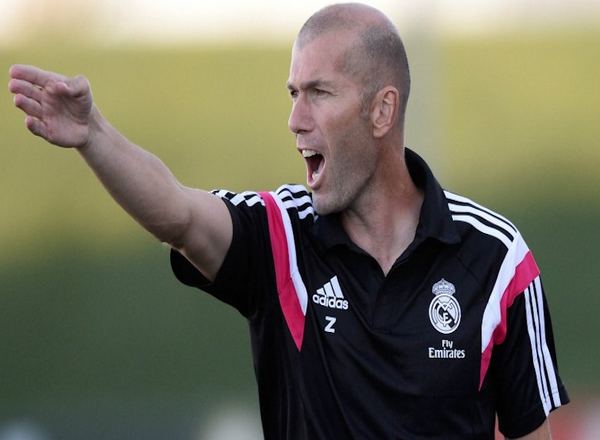 Zidane’s strengths are his individual skill, ball control, strength and passing. Zidane’s best performances were often in the most decisive games, demonstrating a character not seen in many other sportsmen. Zidane most famous of his short first touch of the ball, his ball control and 360 roulette move was a real playmaker. His tactical vision made it possible to organize a team and give brilliant passes to his teammates. As a central midfielder he scored 159 goals in 789 games. With France he won the 1998 World Cup and the 2000 European Championships. With Juventus and Real Madrid he won 3 league titles and one European Cup. He is at no 3 in the list of top 10 great soccer players. 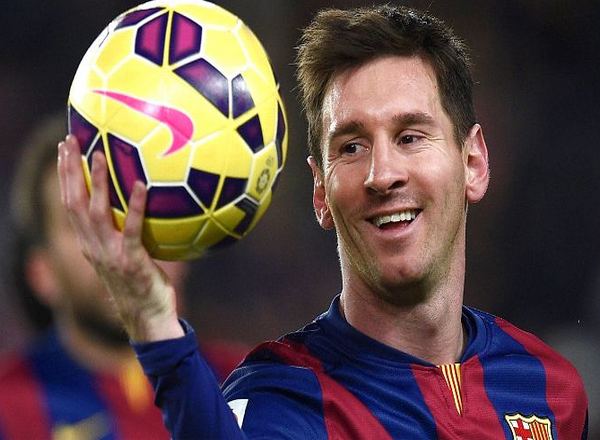 The Argentine play-maker Lionel Messi is at no 4 position in the list of top 10 greatest soccer players. He is the first football player in history to win five FIFA/Ballons d’Or, three of which he won consecutively. He has won five La Ligas, two Copas del Rey, five Supercopas de España, three Champions Leagues, two Super Cups and two Club World Cups. Messi, made UEFA Champions League history by becoming the first player to score five goals in one match, achieving the feat in a 7–1 win over Bayer Leverkusen, in March 2012. He also matched José Altafini’s record of 14 goals in a single Champions League season. Messi became the first player to top-score in four successive Champions League campaigns. He set the European record for most goals scored in a season during the 2011–12 seasons, with 73 goals. In the same season, he set the current goal scoring record in a single La Liga season, scoring 50 goals. He is the top scorer in official competition with 289 goals. Top scorer in La Liga 301 goals, top scorer in UEFA champion league with 80 goals. Top scorer in European competition with 57 goals. Top scorer in International competitions with 61 goals. Top hat-tricks maker in all competitions with 35 hat-tricks. Second most La Liga hat-tricks with 23 hat-tricks.  Some people compare Messi with Pele and Maradona, or even better than them, no doubt, the class Messi has shown in his career he will be in No 1 position because Messi has the potential but it is too early to compare him with those legends. 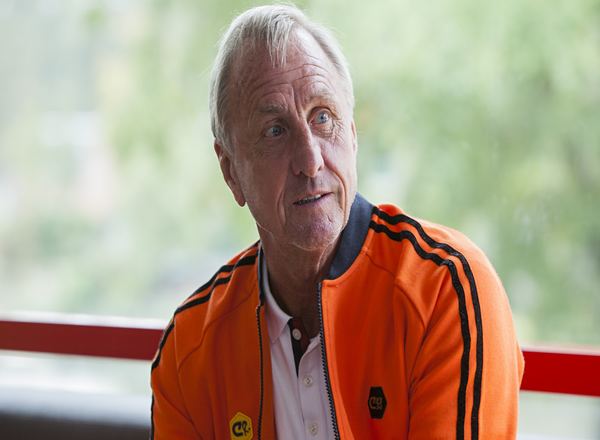 Johan Cruyff was a total footballer, he could play anywhere on the pitch but was mainly used as an attacking midfielder. Johan Cruyff, player of the 1974 Dutch ‘Total Football’ team is the number 5 on our list. Cruyff was well known for his insight of the game which gave him the ability to give great passes to his teammates. Cruyff had the ability of a great technique he could dribble very well and had a very fast acceleration, he could suddenly change direction and pass a defender. Cruyff won the European Cup thrice with Ajax and was nine times champion of The Netherlands, he won La Liga with Barcelona once and was voted European Player of the Century in 1999. 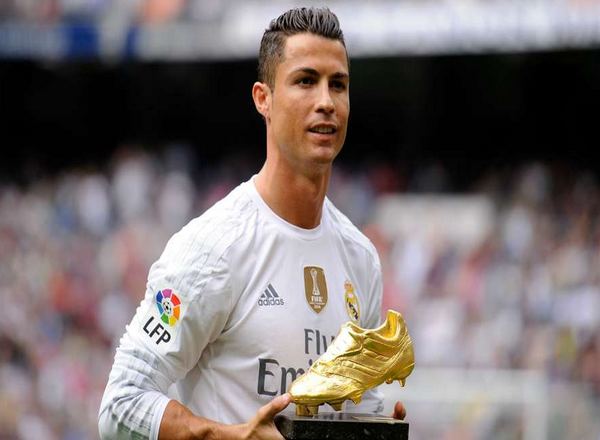 Cristiano Ronaldo, is a Portuguese footballer who plays as a forward for Spanish La Liga club Real Madrid and is the captain of the Portuguese national team. Ronaldo was the first player playing in England to win all four main PFA and FWA awards, doing so in 2007. In 2008, 2013 and 2014 Ronaldo won the FIFA/Ballon d’Or award for the best footballer on the planet, being the first ever Portuguese to win the award twice According to Johan Cruyff, “Ronaldo is better than George Best and Denis Law, who were two brilliant and great players in the history of United.” Many experts have testified to Cristiano Ronaldo’s skills and impact as the best modern-day footballer,described as a fast, tricky, strong, skillful winger and striker who will take on any defender with his dribbling and pace; he hits his free kicks with power and pace, and is able to beat defenders off the dribble and cross the ball. He is able to score with his head and both feet. He is also an accurate set piece and penalty kick taker. He is a complete player of modern football. 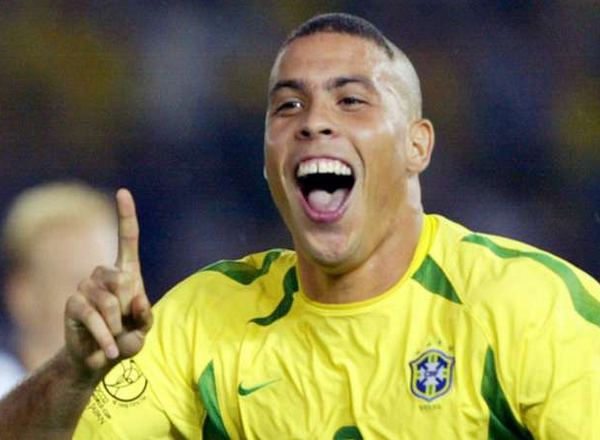 The brilliant player of the late 90s and early 21st century, Ronaldo Luis Nazário de Lima “O Fenômeno” was on his way to win the 1998 World Cup when a jerky fit hindered him to win the final. Four years later he took revenge by scoring twice in the final against Germany and winning the tournament. Ronaldo a striker always did where he was best at, scoring goals. At the 2006 World Cup Ronaldo scored his 15th World Cup goal and became record holder of scoring the most goals at World Cups. 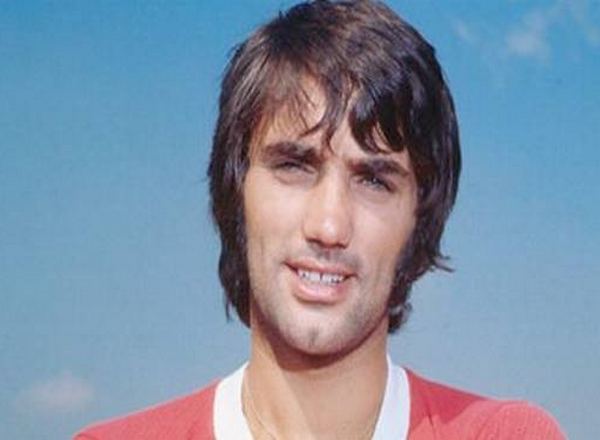 George Best’s career was inundated by drink problems, but his talent was almost unparalleled. Best was a brilliant dribbler, he had a great acceleration which helped him get past defenders easily.  He won the 1968 European Cup and two league titles during his time with Manchester United. As an attacking midfielder he scored a remarkable 205 goals in 579 games and won the Ballon d’Or in 1968. 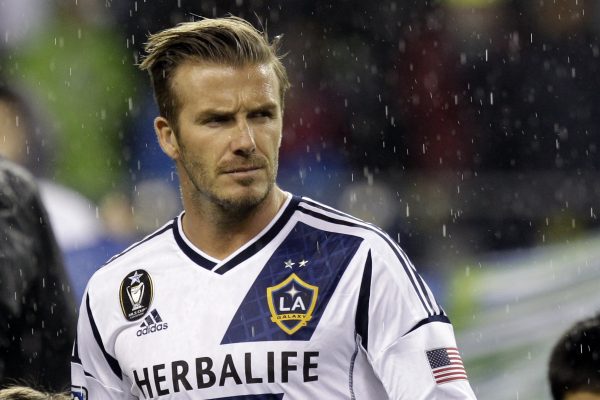 David Beckham, one of the most stylish players of football is an English footballer. He has played for Manchester United, Preston North End, Real Madrid, Milan, most recently Los Angele Galaxy and the England national team for which he holds the appearance record for an outfield player. He led the English team from year 2000 to 2006 FIFA world cup final. He scored 97 goals in 517 league matches. For England he score 17 goals. 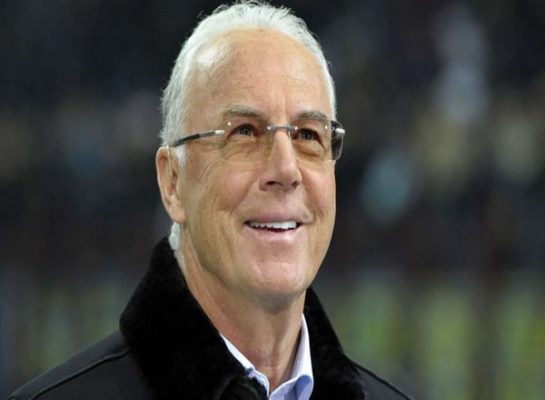 Franz Beckenbauer   was a sweeper, or a defensive midfielder in today’s lingo, but that didn’t stop him scoring 111 goals in 776 appearances for Germany and Bayern Munich. He is at number 10 on our list. “Der Kaiser” introduced a new style of playing as an attacking sweeper. He would often make a rush from his own penalty area to the penalty area of the opponent by dribbling and making short combinations with his teammates. He won the World Cup in 1974 in his homeland as a captain of Germany. In 1999 he was voted second place behind Cruyff as European Footballer of the Century

‹ The Most Innovative Shots in Cricket › The Legends of Millennium: These Are Born Once In Millennium