Most dangerous hard hitter batsmen in ICC Cricket World Cup 2015 are those explosive batsmen who can change the scenario of match within no time. Owing to their hard hitting batting, they are most dangerous for any type of bowling line in any situation. Today’s cricket is much faster than earlier one due to promotion of T-20 format and new rules of filed restriction also favor such massive hard hitters to show their abilities.

In below lines we’ll mention some of the Most Dangerous Hard Hitter Batsmen in ICC Cricket World Cup 2015 without any ranking. All of these are equally dangerous and they can tear any bowling line. These dangerous hard hitter batsmen are anxiously waiting for the mega event to demonstrate their extra-ordinary talent. 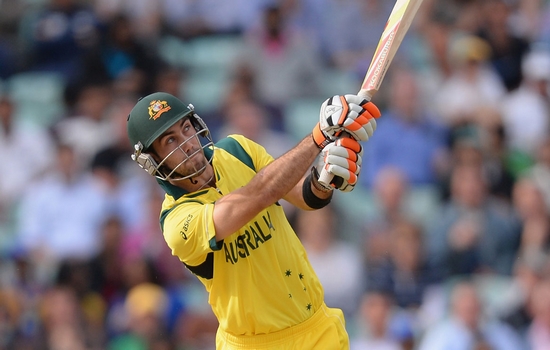 Although Australian world cup squad contains three to four names that can be fitted in the category of hard hitters. These included Aaron Finch, David Warner, all-rounder, James Faulkner and vice caption George Bailey too. But one guy can be considered more dangerous hard hitter without any doubt. It is none other than Glenn Maxwell. Maxi is well-known for his hard hitting batting and improvisation. At home conditions he would be the one of the most dangerous hard hitter batsmen in world cup. 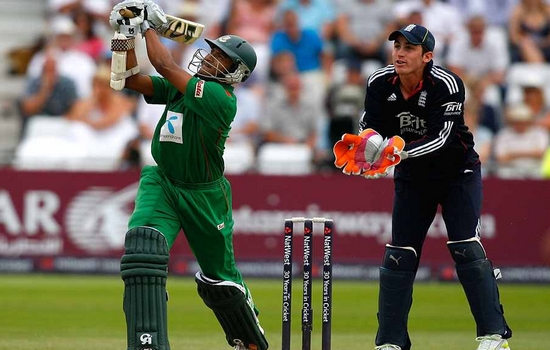 The Bangladeshi left-handed all-rounder Shakib Al Hasan is one of the most dangerous hard hitter batsmen in Bengal tiger’s squad for world cup.  He is unarguably the best cricketer of Bangladesh. His temperament, confidence, aggression and wide range of stroke make him one of the most destructive batsmen in cricket.

England’ squad is also contains some of the most dangerous batsmen of the ODI cricket. The skipper Eoin Morgan, Alex Hales and Moeen Ali has a potential to smash lofty sixes according to situation of match. But one man is much more dangerous and explosive than all of these. The wicketkeeper batsman Jos Buttler is famous for his ridicules hard hitting. His innovative hitting brings excitement to England’s middle order and his ODIs strike rate of 112 is a clear evidence of it. 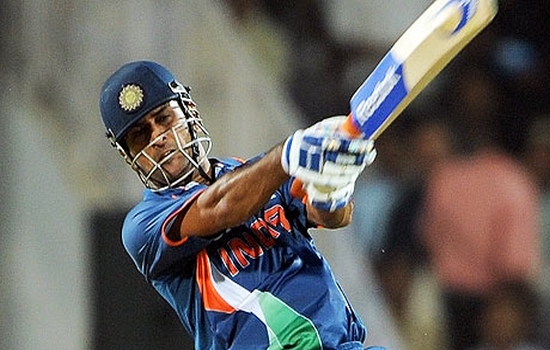 If we look at Indian squad in world cup, it contains some of the best batsmen in the world. These include, “Mr. Consistence” Virat Kohli, Ajinkya Rahane, Rohit Sharma. Shikhar Dhawan, Stuart Binny and Suresh Raina all are good addition in Indian Batting line. All these world class batsmen make the Indian batting line one of the strongest batting lines in the world. Virat Kohli, Rahane and Raina are among the most reliable batsmen in the world but when we talk about hard hitting or dangerous hard hitting than MS Dhoni is unmatchable. Apparently cool looking Mahi can change into a burning flame with in no time.  He can destroy any bowling line with his massive sixes and blistering strokes in any direction of ground. He is also famous for his innovative “helicopter” shot. Hopefully, cricket lover will see this shot in upcoming world cup.

The Irish right-hand all-rounder Kevin O’Brien wrote their name in the cricket history by knocking magical innings against England on 2 March 2011 in Bangalore.  He hit six huge sixes in a 50-ball century- fastest century in the ICC world cup event. In upcoming world cup he is also ready to show his potential to hit the ball into the crowd. 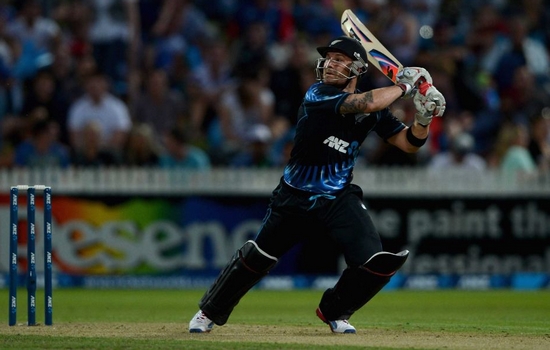 Black cap’s skipper Brendon McCullum is one of the brutal and most dangerous hard hitter batsmen in the world. His high potential to hit lofty sixes make him one of the most explosive batsmen in any format of cricket; either in test, ODI or twenty-20 cricket. His brutality is worth-watching in limited overs cricket. 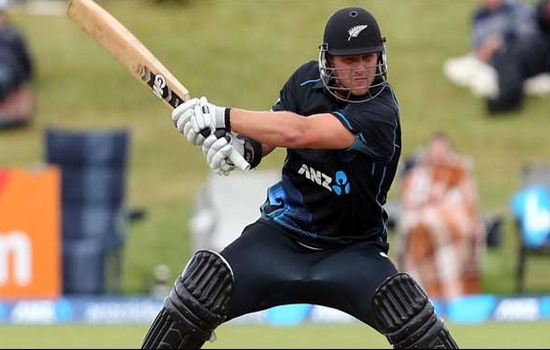 A strike rate of 130 in ODIs, 100 on 36 balls is enough evidence to prove the hard hitting abilities of any batsman. Another Kiwi batsman, Corey Anderson, may be prove a dangerous batsman for any team especially in home conditions. He always been known for his powerful striking, just a few days ago he hold the record of fastest century in one day internationals.  He has the ability to regain the title. 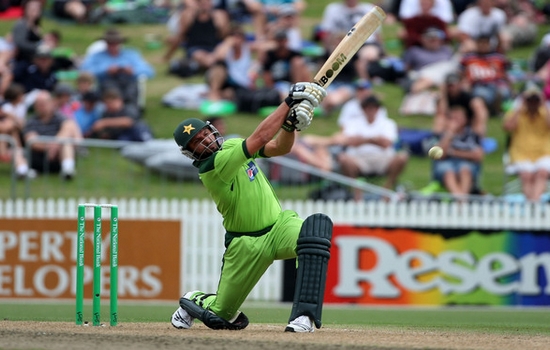 Hard hitting and Shahid Khan Afridi are the two sides of same coin. Whenever you talk about dangerous had hitter you’ll never ignore Shahid Afridi. Although his record of fastest hundred in ODI is snitched away by Corey Anderson and then by AB de Villiers still he keeps the records of hitting most sixes in international cricket. His madcap batting, lofty sixes and powerful strokes make him one of the most popular cricketers in the world. He is known as Boom Boom Afridi owing to his brutal, crazy and destructive batting. He has cleared his intention in world cup 2015 to wrest back the record of scoring the fastest ODI hundred to make it a memorable farewell for him and his fans from 50 overs cricket. 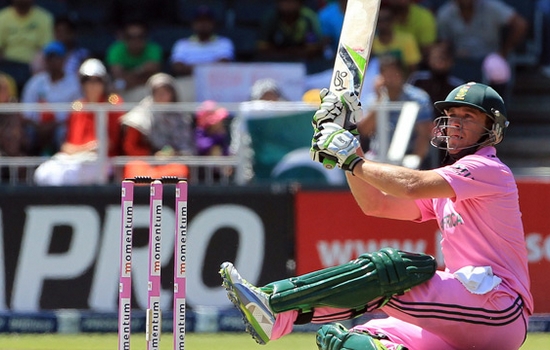 The master of improvisation, a breathtaking batsman and a perfect athlete of not only cricket but also of Rugby, tennis, golf and may other sports AB de Villiers is undoubtedly , most gifted talent in South African squad. Behind the wicket he is best wicketkeeper, in the field, he is the best fielder and at crease he is one of the most dangerous batsmen in the world. He is the only batsman that has the potential to hit any ball to any corner of the ground. That why he is known as Mr. 360o. His fastest century in the history of ODI cricket– 100 at 31 balls is a crystal clear evidence of his most dangerous hard hitting. 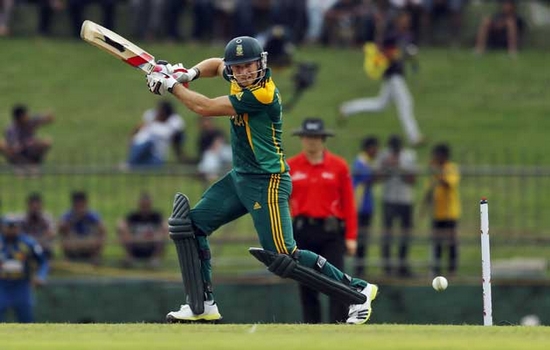 David Miller is another talented South African batsman. He is one of the most dangerous hard hitter left-hand batsmen in the world. Miller has been particularly effective in the Power play overs because of his big-hitting. When he is at his full swing no one can stop him and he enjoys the freedom to play a range of strokes, both off the front and back foot. 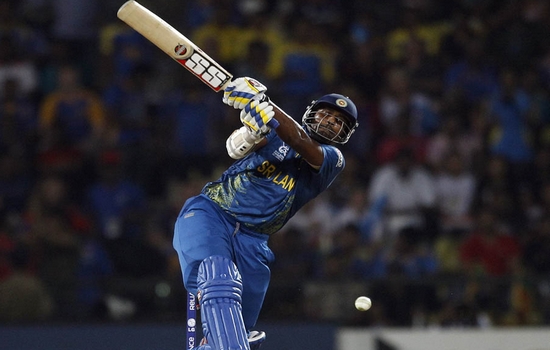 Thisara Perera is well-known for his attacking batting. In recent year he proved himself as a very productive all-rounder for Sri Lanka. Besides Right-arm medium-fast bowler he is a dangerous hard hitter especially in power-play overs. 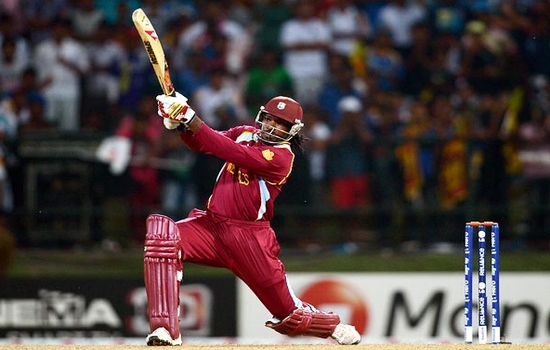 Chris Gayle is one of the most dangerous hard hitter left-hand batsmen in the history of cricket. The Jamaican left-hander doesn’t show any respect for opposition bowlers when he is at crease.  With a tall and strong physique he can hit every ball into the crowd. He is among few batsmen which have scored centuries in all three formats of international cricket. His 175 on 66 for RCB in IPL is the highest individual score in T-20 cricket. 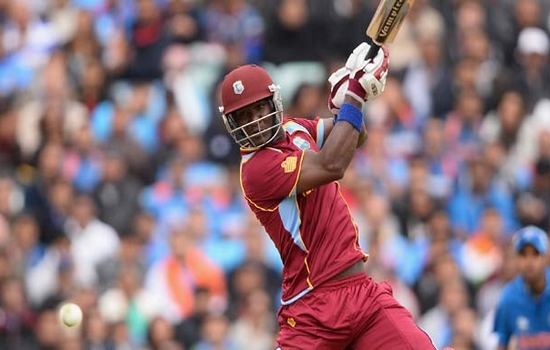